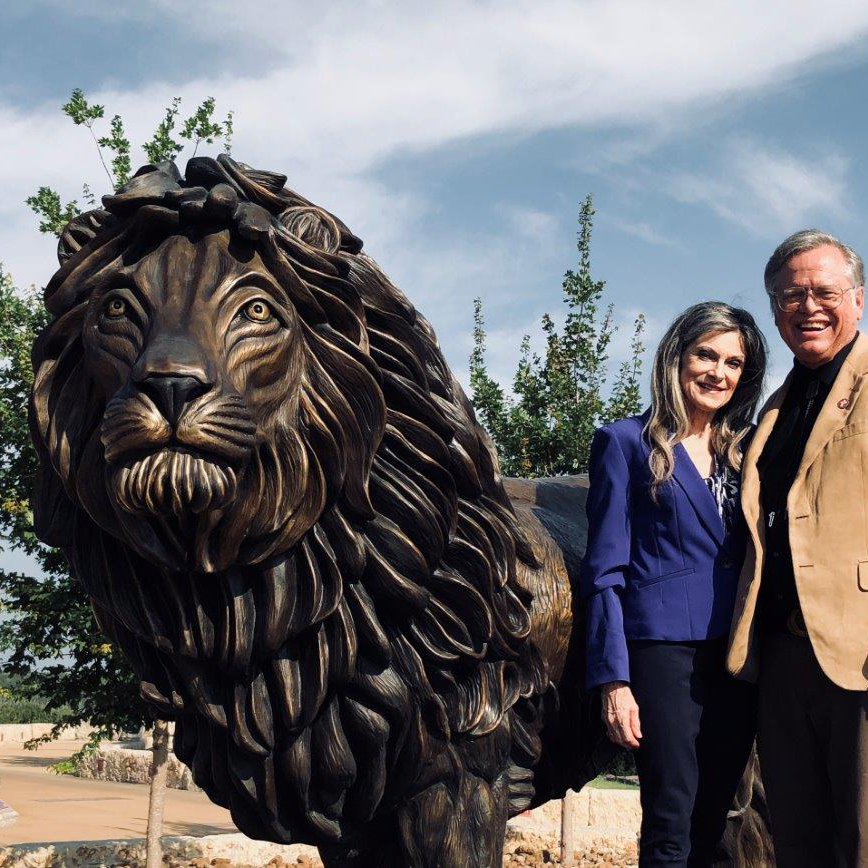 Max Greiner’s ‘Lion of Judah’ to Be Installed in Jerusalem

The City of Jerusalem has accepted a 1,134-pound, 11-foot long bronze lion sculpture from artist and NRB member Max Greiner, Jr., and plans to install it in the Bloomfield Garden, one of the largest parks in Jerusalem.

The “Lion of Judah” sculpture, valued at more than $100,000, is a slightly larger-than-life representation of the largest male lion that ever lived and was offered by Greiner to Israel as a gesture of friendship and support from Christians in the U.S. to the Jewish people of Israel.

The installation of the lion sculpture is expected to take place as soon as next week. The official dedication of the sculpture is tentatively planned for the summer of 2020 so it can be timed with the annual Jerusalem Prayer Breakfast conference attended by Christian delegates from more than 80 countries. Dignitaries from Israel and many countries are expected to attend the dedication, including Greiner.

Greiner, 68, is best known for his Christian religious sculptures, though his work also includes landscape oil paintings, jewelry, and wildlife bronzes. Greiner’s art is in all 50 states and in more than 80 countries, and has been owned by U.S. presidents, governors, senators, celebrities, and religious leaders, including the late Pope John Paul and Dr. Billy Graham. Greiner’s sculptures also appear in The Coming King Sculpture Prayer Garden in Kerrville, Texas, where he and his wife reside.