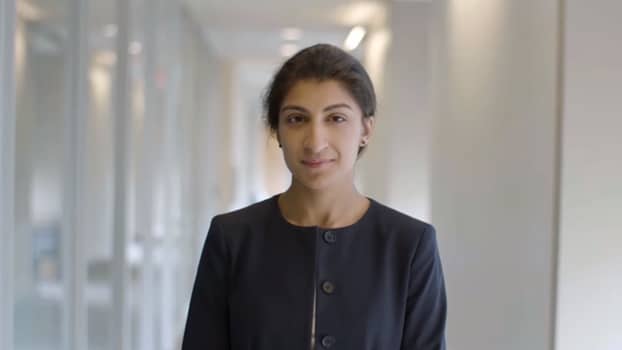 On Wednesday, May 12, the Senate Commerce Committee agreed to move forward with President Joe Biden’s nomination of Lina Khan to the Federal Trade Commission.

Lina Khan is an associate professor of law at Columbia Law School. Prior to joining Columbia Law, Khan served as counsel to the U.S. House Judiciary Committee’s Subcommittee on Antitrust, Commercial, and Administrative Law, where she helped lead the Committee’s investigation into digital markets and the publication of its landmark report. She also served as legal adviser to Commissioner Rohit Chopra at the Federal Trade Commission.

Last year while Khan was on staff of the House Judiciary Committee’s antitrust panel, they wrote a massive report criticizing the major tech companies—Amazon, Apple, Facebook, and Google. In the past, Khan has argued that the government should consider breaking up tech companies that operate a dominant platform and participate in that market.

“I believe she is focused on addressing one of the most pressing issues of the day, reining in the big social media platforms,” Roger Wicker, Republican Senator of Mississippi, said.

Although Wicker supported Khan, he did so with the caveat that he was concerned about the FTC implementing too many regulations that “could have a negative effect on the economy and undermine free market principles.”

Ultimately, Khan earned the support of all but four GOP members for last week’s voice vote. Republican Sens. Dan Sullivan of Alaska, Marsha Blackburn of Tennessee, Mike Lee of Utah, and Cynthia Lummis of Wyoming asked to be recorded as opposed to putting Khan on the FTC.

At Khan’s confirmation hearing last month, Sen. Ted Cruz, Republican from Texas, voiced his support saying that he looked forward to working with her.

President Biden nominated Khan to fill the position that former President Trump’s chair, Republican Joseph Simons, vacated when he stepped down in January of this year. If confirmed, Khan will be the youngest person ever to serve on the FTC at 32 years only.