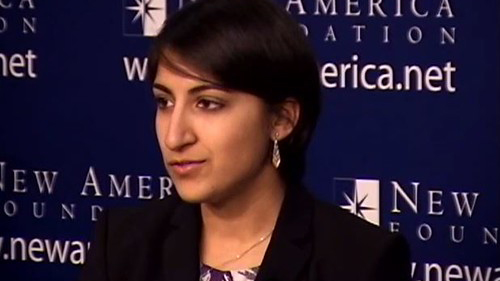 On Tuesday, 69 senators voted to confirm the youngest head of the Federal Trade Commission (FTC) – Lina Khan. In rare bipartisan fashion, 21 Republicans joined 48 Democrats to support Khan’s confirmation, while 3 senators abstained. Just hours after her confirmation, President Biden elevated her to chair of the FTC.

Lina Khan is an associate professor of law at Columbia Law School. Prior to joining Columbia Law, Khan served as counsel to the U.S. House Judiciary Committee’s Subcommittee on Antitrust, Commercial, and Administrative Law, where she helped lead the Committee’s investigation into digital markets and the publication of its landmark report. She also served as legal adviser to Commissioner Rohit Chopra at the Federal Trade Commission.

Khan is known for her support of antitrust regulations on Big Tech companies such as Google, Apple, Facebook, Amazon, and Microsoft. Following her confirmation, she stated that as chairwoman of the FTC her mission is to “safeguard fair competition and protect consumers, workers, and honest businesses from unfair & deceptive practices.”

Critics of Khan do not believe that the federal government should interfere with the market, even Big-Tech companies. The Republicans that did not vote for her confirmation brought into question her experience for the esteemed position because of her young age (32). The most notable Republican not to vote for Khan was Sen. Mike Lee of Utah who is the top Republican on the Senate Judiciary’s antitrust panel.

Khan is highly thought of by progressive Democrats, including Sen. Elizabeth Warren who believes that her confirmation is tremendous news for the country. Khan has been outspoken about her beliefs that Big Tech does not foster competition leaving other corporations at the wayside.

Antitrust regulation by Congress is certainly a bipartisan position (highlighted by Khan’s confirmation) and Khan will no doubt be an aggressive advocate while serving as chairwoman of the FTC.