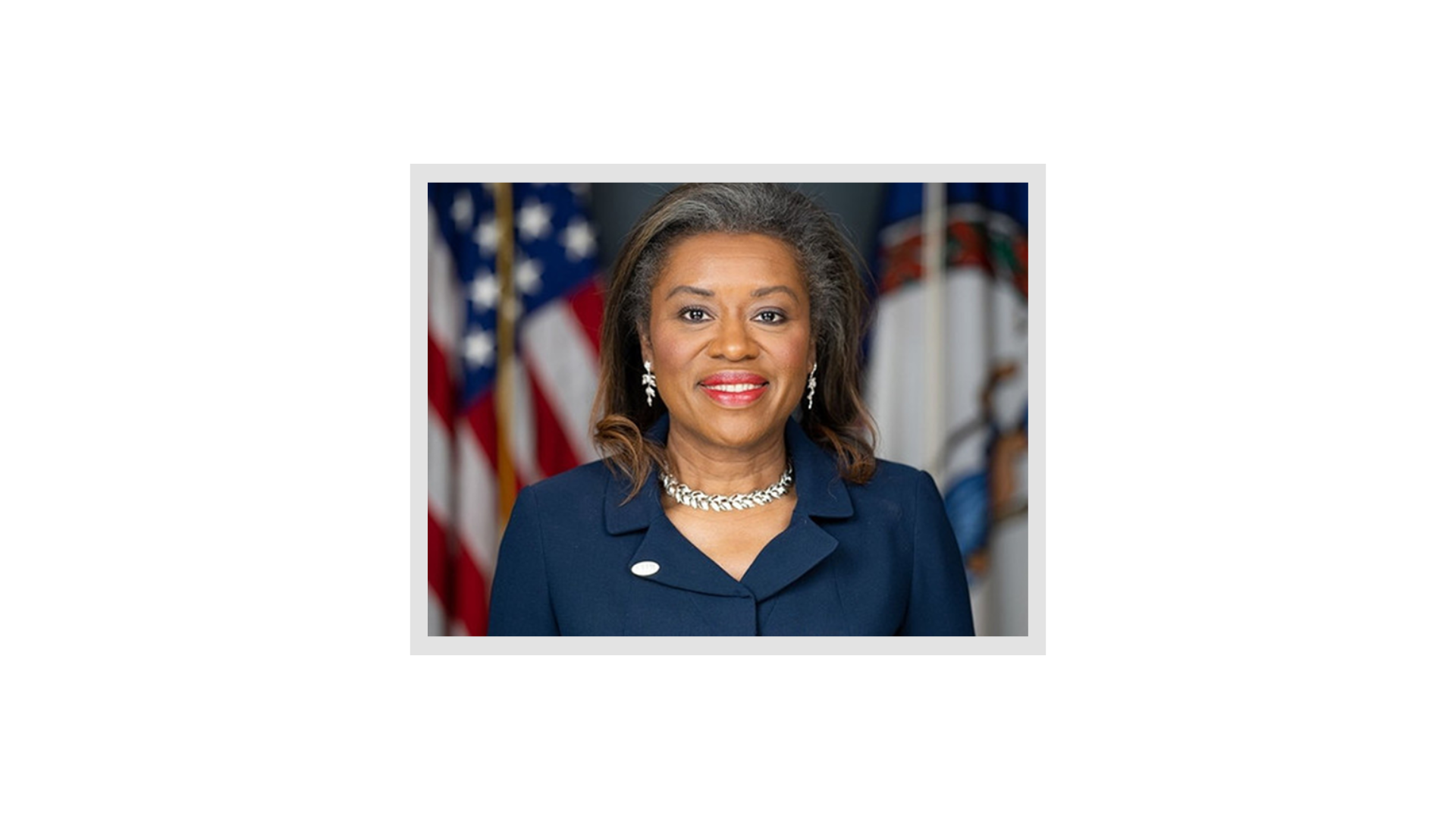 In her remarks, Earle-Sears reflected on the impact of prayerful Christian leaders.

“What would it look like if the President of the United States prayed for the people?” Earle-Sears asked. “I saw it modeled for me when the governor of the great Commonwealth of Virginia was being inaugurated, and he had our lieutenant governor, me, and our attorney general and our spouses walk with him and Suzanne, the First Lady, down in front of the seal of Virginia. We held hands, and the governor prayed.”

A Jamaica native, Lt. Gov. Sears is a successful businesswoman, trained electrician, leader of a men’s prison ministry and women’s homeless shelter, and a U.S. Marine Corps veteran. A former Vice President of the Virginia State Board of Education, she has served as a presidential appointee to the U.S. Census Bureau, co-chair of the African American Committee, and the Advisory Committee on Women Veterans to the Secretary of Veterans Affairs.

Elected in 2002 to the Virginia House of Delegates, Earle-Sears is the first female Lieutenant Governor of the Commonwealth of Virginia and the first Black female elected to statewide office.

Established in 1995 by NRB member D. James Kennedy Ministries, the D. James Kennedy Center for Christian Statesmanship is a Christian-based outreach to the Nation’s leaders. In 1966, Dr. Kennedy, alongside the Center for Christian Statesmanship board of directors, inaugurated an annual award, the Distinguished Christian Stateman Award, to promote faith, virtue, and excellence in public service. The award recognizes those whose commitment to Christ and love for the country compels them to live out their Christian faith in public life and stand for truth and righteousness in government. According to D. James Kennedy Ministries, the recipient of the award serves as the “benchmark” to which other men and women in positions of influence and authority should strive to attain.

Faithfully committed to both evangelism and cultural renewal, Dr. Kennedy’s motto for the ministry, which continues today, is “excellence in all things, and all things to the glory of God.”

NRB congratulates Lt. Gov. Sears on receiving this distinguished award and commends her exemplary service to the Commonwealth of Virginia and to our nation.