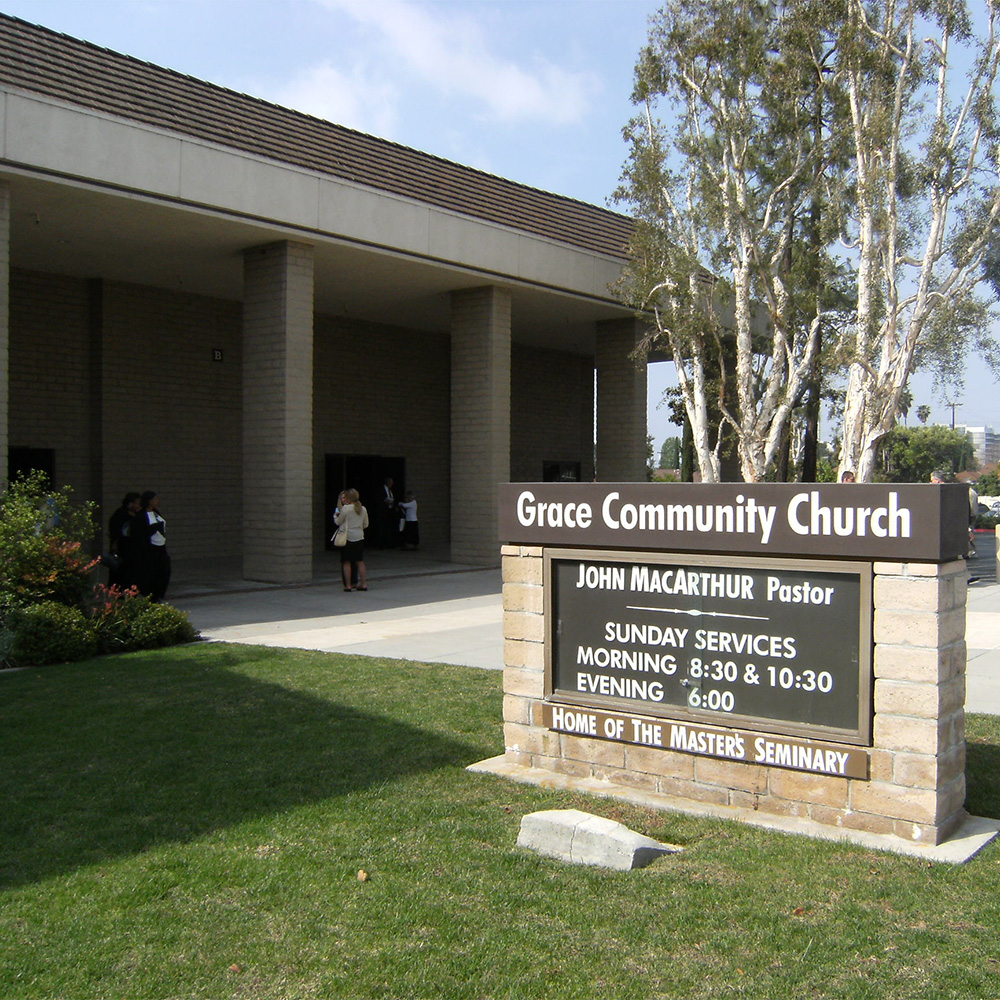 During the morning service at Grace Community Church this past Sunday, Pastor-Teacher John MacArthur addressed the question of why the Southern California church does not just comply with the orders that have been laid down by the state government with regards to religious gatherings.

To explain “how utterly impossible” it would be to follow all of the orders, MacArthur shared some of the actions that are required of churches that wish to assemble.

On the long list were requirements such as pre-registering every person who comes on the church property, leaving vacant every other space in the parking lot, using restrooms during service to minimize rush, removing hymn books and pew Bibles, prohibiting singing, providing and changing disposable seat covers between services, and maintaining six feet of social distance at all times everywhere, including the parking lot and restrooms.

“And based upon the separation, we could only meet in the tent with a maximum of 350 to 400 people,” MacArthur said during the first of two services in the 3,500-seat auditorium.

“You can see that these are the requirements that would completely shut the church down,” MacArthur added, before noting also that anybody who comes in contact with someone outside their family for more than 15 minutes must self-quarantine for two weeks.

“Obviously, this is not constitutional,” he said. “But, more importantly, it goes against the will of the Lord of the Church, who calls us together. Amen?”

Just days before the service, in a heavy-handed move against MacArthur and his congregation, the Los Angeles Superior Court issued a preliminary injunction prohibiting them from “conducting, participating in, or attending any indoor worship services” and also placing restrictions on outdoor worship.

In response, the church’s attorneys reiterated what the President had declared in May and repeatedly asserted: churches and other houses of worship are essential.

“Church is essential, and no government agent has the runaway, unlimited power to force churches to close indefinitely,” said Jenna Ellis, Special Counsel to Thomas More Society and one of the attorneys representing MacArthur and Grace Church, in a press release. “The County’s argument was basically ‘because we can,’ which is the very definition of tyranny. Without limiting government’s power in favor of freedom and protected rights, we have no liberty. We will fight for religious freedom, as our founders did when they wrote the First Amendment.”

In a statement regarding the ruling, Troy Miller, CEO of NRB, the nation’s preeminent association of Christian broadcasters and communicators, of which MacArthur is a member, also noted that the Superior Court failed to recognize that churches are essential, “instead joining the county in its campaign against people of faith who not only have the God-given right to assemble in worship, but the Constitutionally-protected right to freely exercise their religion.”

“The government has no problem with people assembling to protest, giving demonstrators and even rioters free rein. But when it comes to people assembling to worship, restrictions, obstacles, and ultimatums abound,” he stated. “Our churches want to cooperate with the government in mitigating the spread of the coronavirus, but our governments need to see them as essential to a flourishing society and treat them fairly as such.”

The church also has until the last weekend of September to vacate the large portion of its parking lot that it had been leasing since 1975.