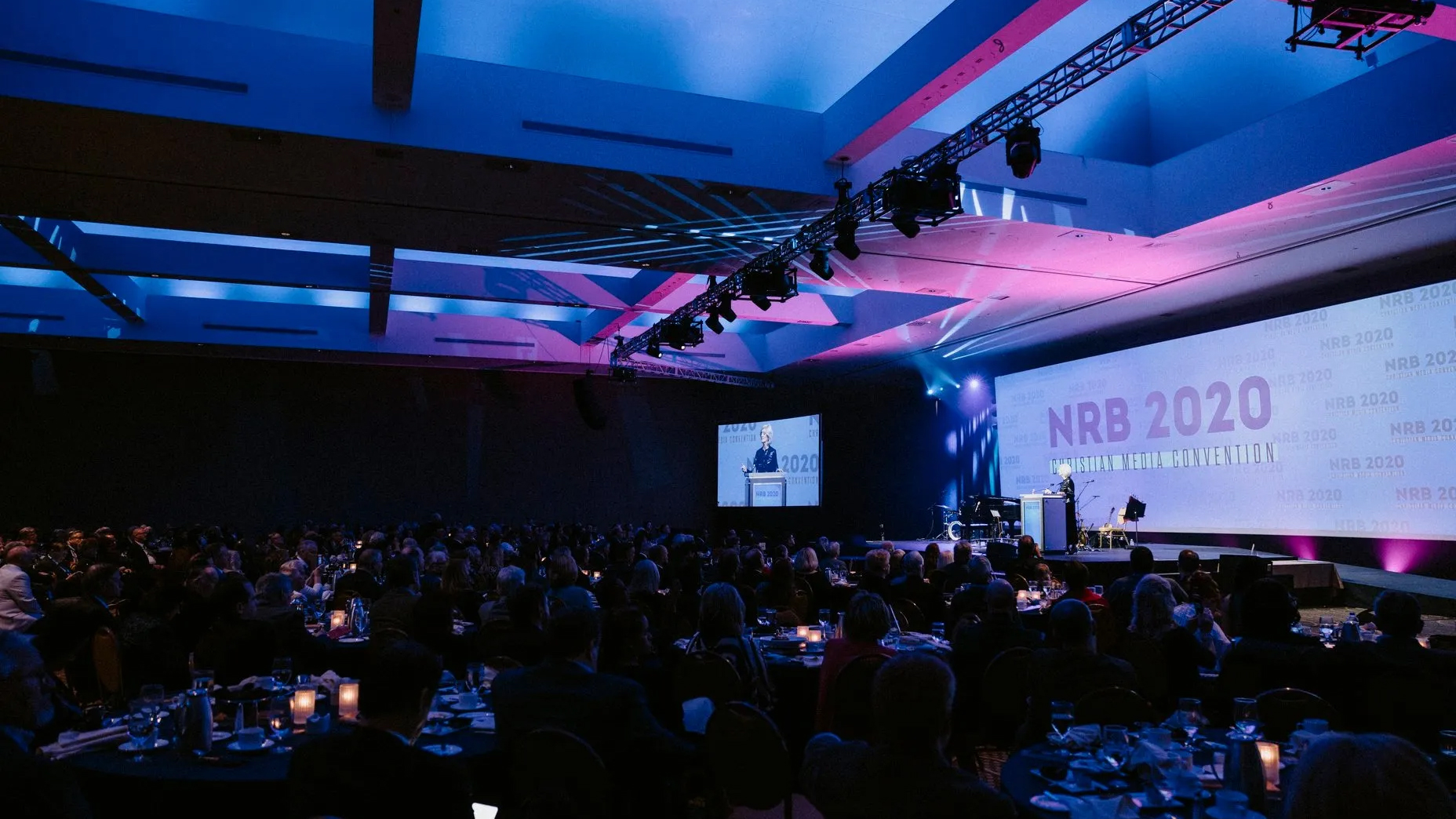 Dr. John MacArthur, Chairman and Featured Teacher of Grace to You, and Dr. David Jeremiah, Founder of Turning Point, both received the 2020 NRB President’s Award during the presentation of the NRB Special Service Awards at the NRB 2020 Christian Media Convention in Nashville, Tennessee.

The NRB President’s Award is presented to an individual who has demonstrated exceptional commitment to the faith and values upheld by the association. The recipient of this award is selected by the NRB President & CEO.

“This year, there were two ministries that really, really ministered to me,” said Troy Miller, NRB’s CEO, in presenting the award during the NRB 2020 Closing Gala with Special Service Awards on February 28.

“I know that they have been praying for us and praying for me,” he continued. “So tonight, I wanted to thank Dr. David Jeremiah from Turning Point Ministries and Dr. John MacArthur from Grace to You, for all of their prayers, for their faith, and for their support of this organization.”

A longtime member of NRB, MacArthur is the Pastor-Teacher of Grace Community Church in Sun Valley, California, as well as an author, conference speaker, Chancellor of The Master’s University and Seminary, and Featured Teacher with the Grace to You media ministry.

Founded in 1969, Grace to You is the nonprofit organization responsible for developing, producing, and distributing MacArthur’s books, audio resources, and the Grace to You radio and television programs. Grace to You radio airs more than a thousand times daily throughout the English-speaking world, reaching major population centers with Biblical truth. It also airs more than a thousand times a day in Spanish, reaching 27 countries across Europe and Latin America. Grace to You television airs weekly on DirecTV in the United States, and is available for free on the internet worldwide. MacArthur’s 3,300-plus sermons, spanning more than five decades of ministry, are available for free download on the Grace to You website.

Today, Turning Point’s 30-minute radio program is heard on more than 2,200 stations worldwide. And its television program is now seen around the world through cable and satellite technology, as well as on terrestrial stations across the United States. Conservative estimates suggest that close to 200 million homes around the world have access to Jeremiah’s Bible teaching each week. Turning Point Television airs on national networks including TBN, ION, Daystar, INSP, USA, Lifetime, UPtv, and ABC Family.

The NRB President’s Awards were two of 27 awards that were presented during the NRB 2020 Convention, which took place February 25-28 at the Gaylord Opryland Resort & Convention Center in Nashville, Tennessee.