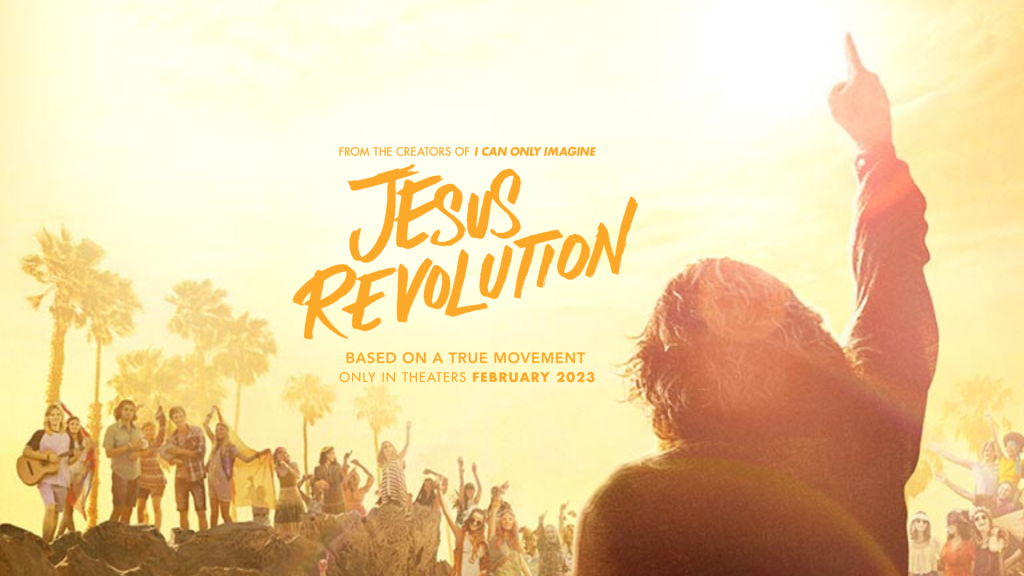 In the upcoming film “Jesus Revolution,” Kingdom Story Company is telling the true story of a young pastor’s journey through one of America’s most significant periods of spiritual revival, known as the “Jesus movement.”

The movie is based on Greg Laurie and Ellen Vaughn’s book of the same name, which narrates “the national spiritual awakening in the early 1970s and its origins within a community of teenage hippies in Southern California.”

The film follows a young Laurie and his coming-of-age testimony, a hippie street preacher, Lonnie Frisbee, and a pastor who opened his church doors, Chuck Smith.

“I don’t think we necessarily knew we were a part of history, but we knew we were part of something very special,” said Laurie in a first-look video. “Thousands of young people were coming to Christ and being baptized. We called it the ‘Jesus movement.’”

At NRB’s 75th anniversary celebration at the 2019 convention in Anaheim, California, Erwin Brothers, the production company of Jon Erwin and Andrew Erwin, announced the launch of a new faith-based film studio, Kingdom Story Company, helmed by the Erwin siblings, Kevin Downes, and Tony Young. The two-hour keynote event, which capped the Convention’s one-day TV & Film Summit, featured a special first look into “Jesus Revolution” with remarks from Laurie and marked the first time a studio-backed production company unveiled a slate of films in production at an NRB convention.