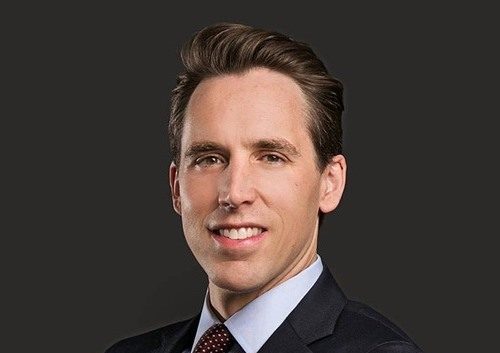 Even as technology interests in Washington prepare for next Tuesday’s House Judiciary Committee hearing featuring Sundar Pichai, CEO of Google, they are likely taking note of another powerful voice they will need to contend with in the months and years ahead.

Senator-elect Josh Hawley (R-Mo.) has been very vocal about his intent to hold tech titans to account on issues of censorship. Most recently, he visited with FOX News anchor Tucker Carlson and specifically addressed special protections those companies receive even as evidence of viewpoint discrimination continues to mount.

Hawley highlighted that Section 230 of the Communications Decency Act protects those tech companies from the same sort of exposure to lawsuits that organizations like newspapers and TV stations face as a possible consequence for their actions. “Supposedly what they’re supposed to do in return for that immunity is they’re not supposed to exercise… editorial control,” Hawley remarked.

The senator-elect affirmed that Big Tech companies are indeed censoring and said, “My question is, ‘Should they really be getting this special immunity from the government if they’re also going to act like censors?’ I think we need to take a hard look at that.”

Noting the great power of these companies, Hawley added, “I think we need to ask, ‘Do they really deserve these special deals, these special carve-outs that have allowed them to get so big and so rich?’”

NRB President & CEO Dr. Jerry A. Johnson has also suggested that the time may be coming for a closer look at Section 230. On a panel in San Francisco earlier this fall, Johnson reiterated NRB’s long-held belief that, ideally, Big Tech companies would gather as an industry to establish their own commonly upheld free speech charter based on First Amendment principles. However, he suggested that, if they won’t reform themselves by the end of this year, perhaps tech titans no longer need Section 230’s “extra layer of protection” for content moderation – that perhaps for those giants “it’s time to leave the ‘incubator.’”