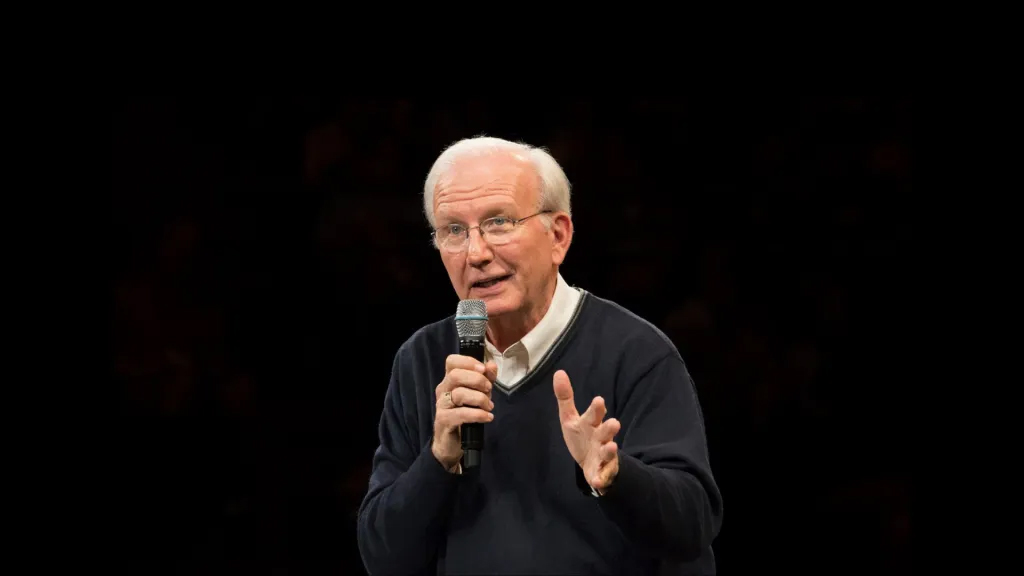 On Saturday, October 29, Steve Douglass, 77, president emeritus of Cru (formerly Campus Crusade for Christ) and Campus Crusade International, went to be with the Lord after a longtime battle with cancer.

After earning degrees from the Massachusetts Institute of Technology (MIT) and Harvard Business School, Douglass joined the Cru staff in 1969, serving in multiple roles over the years, including director of planned giving, vice president of administration, U.S. director, U.S. campus director, and global executive director, spending over 50 years in total with the ministry. In 2001, Douglass assumed the office of president of Cru, following in the footsteps of founder Bill Bright. After serving for nineteen years as president of the ministry, Douglass stepped down in 2020 due to health concerns.

Douglass was faithfully committed to the mission of Cru in connecting people with Christ. Today, Cru reaches 5,300 campuses worldwide, and over 16,000 Cru staff members minister in 160+ countries.

“Even though we all rejoice that Steve is with Jesus, this is a tremendous loss for the family and Campus Crusade for Christ/Cru,” said Cru President Steve Sellers. “A great missionary statesman has gone home.”

Douglass was the host of a daily radio program, “Making Your Life Count,” which was heard on 1,600 stations. He is also the author and co-author of several books, including “Enjoying Your Walk with God,” “How to Achieve Your Potential and Enjoy Life,” and “How to Get Better Grades and Have More Fun.”

“Steve was passionately dedicated to communicating the hope of the Gospel,” said NRB President & CEO Troy A. Miller. “Under his many years of exceptional leadership, Cru’s ability to reach the world for Christ has multiplied.”