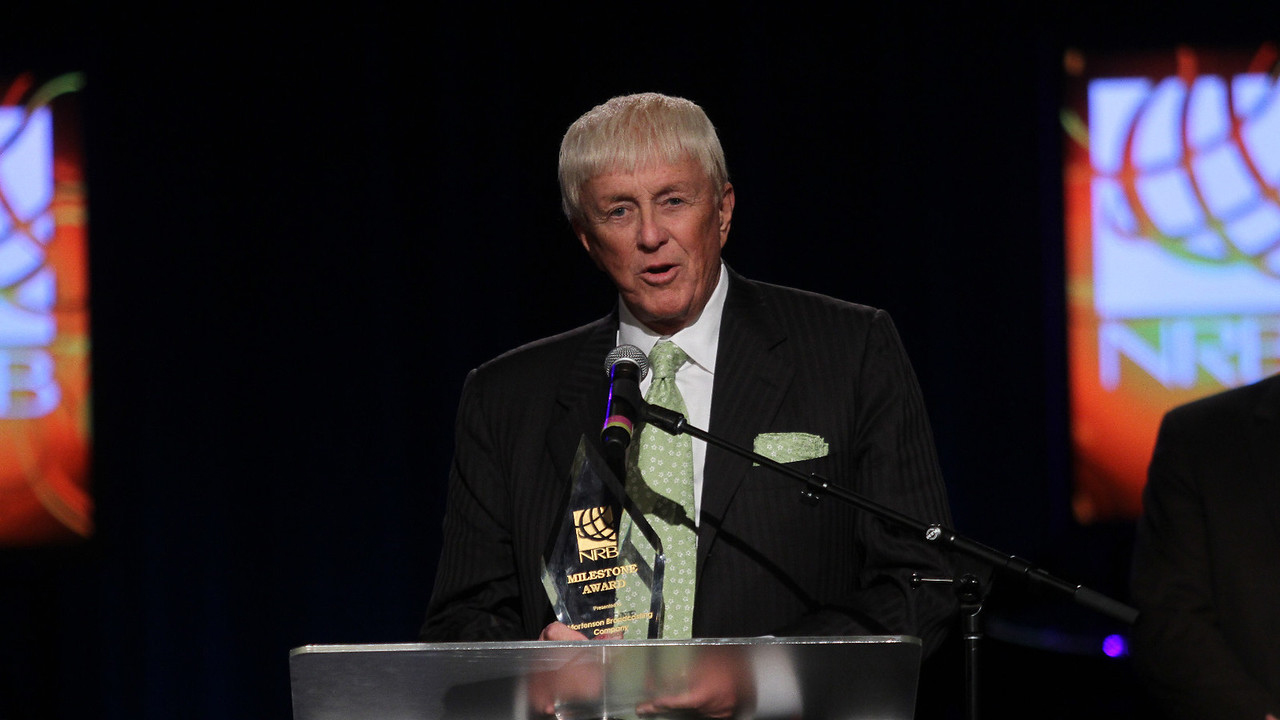 On Thursday, April 1, Jack Mortenson of Mortenson Broadcasting Company died in his home at the age of 85.

Mortenson graduated from Kings College in New York before he went on to study anthropology at Columbia University and later attend Talbot Theological Seminary.

As a child, Mortenson had been intricately involved in his parents’ traveling evangelism ministry. Upon completing his education, Mortenson once again joined his parents in ministry, helping found Faith Memorial Baptist Church in Canton, Ohio. During this time, Mortenson and his father began pursuing their vision for Christian radio and founded Mortenson Broadcasting Company with the mission of “helping to make and keep the home sacred.” The first Mortenson station—WTOF-FM “Tower of Faith”—began in 1960 in Canton, specializing in Christian radio.

After his father’s death, Mortenson devoted himself to expanding the Mortenson Christian Broadcasting network, and soon Mortenson Broadcasting became a major player in the national Christian broadcasting field. Morten Broadcasting currently owns and operates over forty stations in eighteen markets in the United States, and under Mortenson’s leadership, it launched one of the nation’s first networks of Black Gospel radio formats as well as pioneered broadcast ministry to Hispanic communities.

In 2012, Mortenson Broadcasting Company received the NRB Milestone award, honoring them for more than fifty years of broadcast service.

Mortenson continued his work in the broadcast industry up until his hospitalization in March 2021.