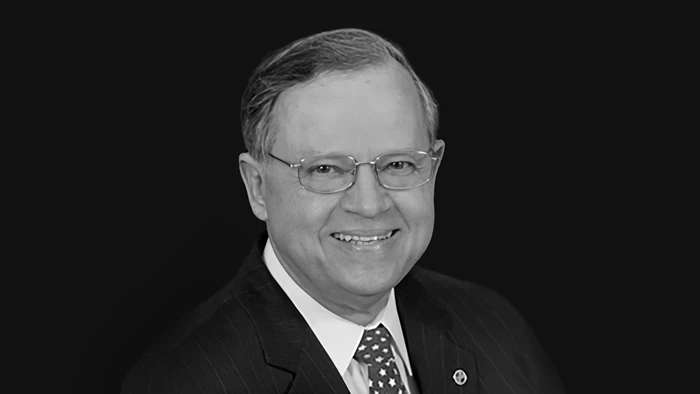 Longtime Evangelical Council for Financial Accountability (ECFA) leader and former president, Dan Busby, who served the ECFA for more than 30 years, went to be with the Lord on September 28, 2022, at age 81. Dan leaves behind a legacy as an expert on nonprofit tax and finance issues, a prolific author, a passionate advocate for ECFA and its members, as well as a kind and faithful leader. Busby led the organization for 12 years as ECFA president, and under his leadership, the ECFA’s membership nearly doubled in size and significantly expanded the impact on both accredited members and the greater Christian community.

“I was saddened to hear of the passing of my friend Dan Busby from this life, but what a joy to know that he was greeted by his Lord and Savior with those welcoming words, ‘Well done, thou good and faithful servant,’” said NRB President & CEO Troy A. Miller, referencing Matthew 25:23. “Dan was a servant leader and a Godly man who leaves behind a long-lasting legacy. His leadership at ECFA provided stability and accountability to so many Christian organizations and NRB members in particular. Our prayers go out to Dan’s loved ones.”

“Dan Busby was a genius at connecting, communicating, leading, and innovating as he served the members of ECFA and the Kingdom of God. Dan was not only an esteemed ministry colleague, but a dear friend who cared deeply about the family of God and the people he served,” said ECFA Board Chair Wayne Pederson.

In 1989, Busby’s work with ECFA began when he served as a volunteer member of the ECFA Standards Committee. After serving on the committee for a decade, Busby continued on as ECFA staff in senior leadership positions. In 1999, Busby was elected vice president of ECFA, and later, in 2008, Busby became ECFA’s sixth and, to date, longest-serving president. At his 2020 retirement, he was named president emeritus, where he was recognized for his exemplary service and influence.

His work accomplishments include a dramatic increase in membership under his leadership, with local churches as the fastest-growing membership component in recent years. During his era, not only did ECFA set records in terms of new members accredited, but it also maintained a 97 percent member retention rate. Busby was consistently attentive and available to members and innovated new resources and services. During his tenure at ECFA, Busby personally conducted more than 300 on-site compliance reviews of ECFA ministries and churches.

“ECFA was remarkably blessed by Dan Busby’s humble and dedicated service to the ministry for over 30 years, and the continued impact of Dan’s legacy will be felt within the ECFA team and membership far beyond the next three decades,” said Michael Martin, the current President and CEO of ECFA who had the pleasure of being mentored by Busby and advancing many of ECFA’s strategic initiatives together before becoming Busby’s successor in 2020.

Busby died of cancer at his home in Winchester, VA. He is survived by Claudette, his wife of 58 years, two children, Julie and Alan, and their four grandchildren.

NRB commends and celebrates the life, legacy, and ministry of Dan Busby and sends condolences and prayers to Busby’s family and ECFA staff.