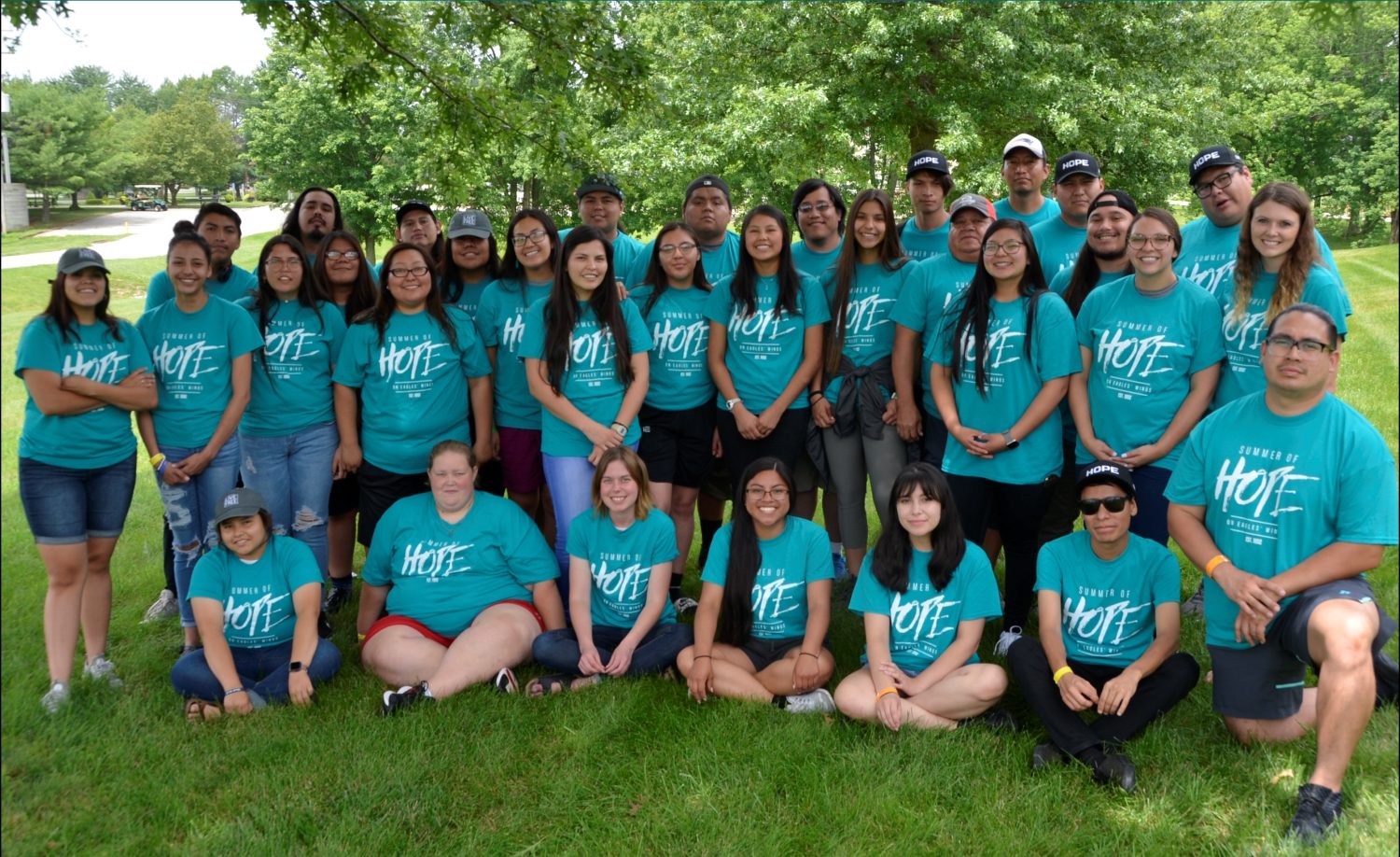 Hundreds of Native American young people representing 62 Native American tribes gathered earlier this month from across North America for a one-of-a-kind youth discipleship conference that has become a vital week of ministry for Native groups year after year.

Every summer, Native young people, ages 15-30, from tribes all across the United States and Canada participate in the Warrior Leadership Summit, a Native American youth discipleship conference that is part of the On Eagles’ Wings (OEW) Native American outreach of Ron Hutchcraft Ministries (RHM).

During the weeklong leadership conference, participants worship, learn, have fun, and connect with each other. More importantly, the young people are equipped and empowered to grow deeper in their relationship with Jesus.

“This has been a room of miracles this week!” exclaimed Brad Hutchcraft, director of OEW, in a ministry report earlier this week.

“There are a lot of native young men and women who are leaving this conference truly free!” added Weston (Navajo), who is on staff with RHM/OEW and was one of the key speakers. “They came here with baggage, and left it at the cross!”

Following the conclusion of the July 1-6 conference in Carlinville, Illinois, a team of young OEW warriors officially embarked on a weeks-long journey to seven reservations as part of the annual “Summer of Hope.”

Every summer, an OEW team travels across the United States and Canada holding events as part of the “Summer of Hope.” For more than 25 years, OEW teams have gone out to share their personal hope stories with other Native young people. They also work to encourage and equip local partners that are already serving in an area.

“Native people think that Jesus is the White man’s god. That is why there have been so few come to Christ,” reported Ron Hutchcraft, the founder of OEW, after noting that only 4% of Native Americans know Christ. “But I have seen thousands of Native Americans coming to Christ. I’ve been an eye-witness, watching these young people break through where nobody has before.”

According to Hutchcraft, On Eagles’ Wings is more than a ministry; it’s a movement of Native young people who want to bring hope to their reservations through Jesus Christ.

After noting that suicide rates among Native young people are up to 10 times more than the national average, Hutchcraft said, “The face of hope is these young warriors.”

To financially support Summer of Hope 2019 and help send a Native team member to reach their people for Jesus, visit hutchcraft.com/hope.