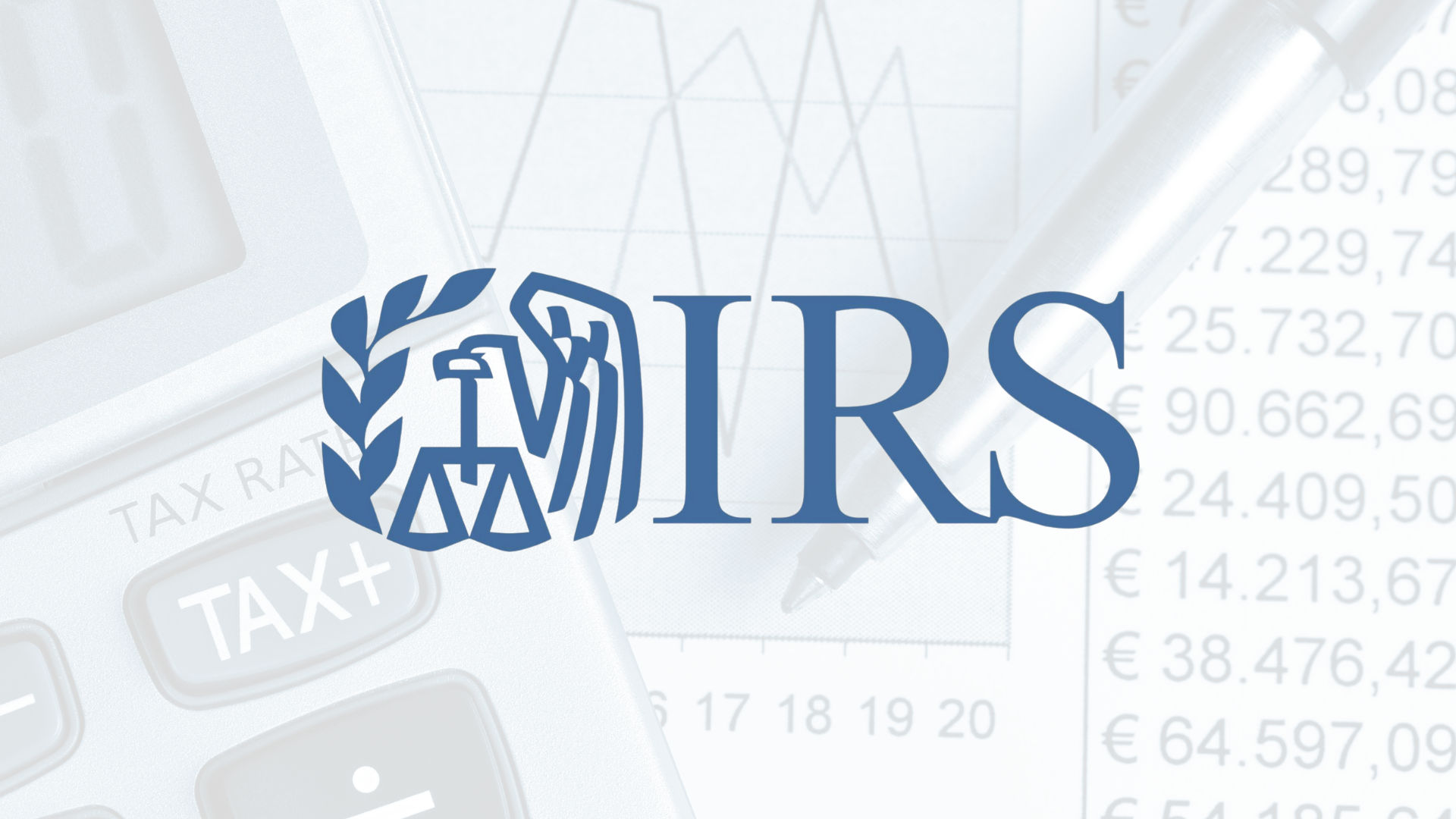 Lawmakers cited an “alarming pattern in the last decade—right-wing advocacy groups self-identifying as ‘churches’ and applying for and receiving church status”—followed by the condescending remark, “We understand the importance of religious institutions to their congregants” (emphasis added).

Although the letter insinuated that FRC did not meet the IRS qualifications for the “association of churches” designation, FRC’s qualifications are not a mystery. In fact, FRC’s approved application, including the group’s written rationale for each qualification, was obtained by ProPublica through a Freedom of Information Act (FOIA) request and is readily available to any member of the public who wants to review it. The left’s real axe to grind with organizations like FRC is not murkiness surrounding their IRS designation, the details of which are clearly spelled out in official documents. The real objection seems to be that FRC and so-called “right-wing” groups advocate for biblical beliefs that challenge prevailing cultural dogmas.

“If their targeting of FRC succeeds, they will turn their efforts towards churches that also teach and preach biblical truth,” FRC president Tony Perkins warned in a statement regarding the Democrats’ letter. “This is not speculation. Since September 2019, House Democrats have sought to eliminate the tax-exempt status of Christian groups that they deem ‘hate groups.'” In 2019, Democrats on the House Ways and Means Committee held a hearing titled “How The Tax Code Subsidizes Hate” and recommended that 60 so-called “hate” organizations, including Christian and conservative nonprofits that advocate for traditional marriage, be stripped of tax-exempt status.

Indeed, the lawmakers’ August 1 letter prompted a cascade of media coverage emphasizing the fact that FRC and other Christians groups have been labeled “hate groups” by the notoriously corrupt, unethical Southern Poverty Law Center (SPLC), which uses its tax-exempt charity status to bring financial harm and disrepute to a broad ideological spectrum of organizations, individuals, and even geographical locations. The media consistently grants credibility to the SPLC’s designation of FRC as a hate group, mindless of the fact that this very slander motivated a violent attack on FRC headquarters with full-on mass murder intended by the perpetrator. (Consider: There is no alternative scenario where a conservative nonprofit could identify a left-wing nonprofit as dangerous and harmful, inspiring an act of violence against the left-wing organization, and the media would continue to treat that label as credible.)

Of course, it should come as no surprise when religious nonprofits end up in the crosshairs of militant activist groups that openly aim to police views dissenting from their left-wing agenda. But when elected lawmakers fall in line with such groups and use their office to prod government agencies to target religious groups for scrutiny, everyone should be alarmed. Furthermore, the posture of the IRS toward Christian organizations in the past gives cause for concern that the agency is willing to be weaponized against religious groups on a political basis.

With the recent Senate passage of a sweeping budget reconciliation bill that includes a massive expansion of the IRS—to the tune of $80 billion in new funding for 87,000 new enforcement personnel—ensuring that religious nonprofits are not unfairly targeted for scrutiny will be more important than ever. NRB has historically monitored and engaged issues of donor privacy and IRS targeting in both the legislative and executive branch, including several notable examples of IRS targeting of Christian nonprofits.

A decade ago, under President Barack Obama, a group of nonprofits associated with the political right were systematically targeted for unfair additional scrutiny in advance of the 2012 presidential election. In May 2013, Acting Director of Exempt Organizations at IRS Lois Lerner issued an apology for the additional scrutiny leveled against groups with terms like Tea Party or patriot in their applications for tax-exempt status.

However, only about a quarter of the groups segmented into “buckets” for additional scrutiny actually had affiliations with the political Tea Party movement. In May 2013, Franklin Graham revealed that Billy Graham Evangelistic Association and Samaritan’s Purse had also been subjected to an IRS “review” of their activities, which indicated that the extra scrutiny had been leveled at religious organizations as well as politically conservative groups. In a major 2017 legal settlement, the IRS apologized again to the more than 40 groups who had been screened for their names or policy positions in 2013.

Under the Biden administration, the IRS once again signaled hostility toward religious nonprofits. In 2021, IRS Exempt Organizations Director Stephen Martin denied 501 (c)(3) status to a Texas organization called Christians Engaged, which encourages Christians to pray for the country and for elected leaders and become involved in civic engagement. “For most organizations, such applications are a routine affair, taking no more than three to six months. But it took the agency 18 months to deny the nonprofit request,” a New York Post columnist noted.

The IRS characterized the activities of Christians Engaged as “prohibited political campaign intervention” on the basis that certain “Bible teachings are typically affiliated with the [Republican Party] and candidates.” Martin also contended that the group “operate[s] for a substantial non-exempt private purpose and for the private interests of the [Republican] party.” The decision was reversed following a wave of backlash and a successful appeal filed by First Liberty Institute on behalf of Christians Engaged.

Wrongful IRS targeting of Christian organizations merits renewed attention and scrutiny moving forward in light of the $80 billion IRS budget enhancement contained in the recent Senate reconciliation bill (the “Inflation Reduction Act of 2022”). In addition, all those who claim to cherish religious freedom should be alarmed if lawmakers continue taking the word of corrupt, discredited activist groups as settled fact—or even legitimate analysis—to inform their recommendations that government agencies flex their authority on religious nonprofits.

The NRB Board of Directors has historically weighed in on donor privacy and protections for religious nonprofits in its annual resolutions. In 2022, the board approved the following resolution, “On Maintaining Full Protections for Religious Nonprofits:”

Whereas NRB has since 1944 represented the interests of Christian broadcasters, ministries, Christian schools, and faith-based humanitarian and charitable organizations throughout the nation;

Whereas processes such as agency rulemaking and federal grant authorization have been utilized to roll back or rescind religious protections and exemptions for religious nonprofits or modify statutory language outlining those protections;

Whereas religious nonprofits rely on essential protections under the law to fulfill their charitable purposes and faith-based missions, and should be free to make employment and other business decisions based on sincere religious beliefs and tenets;

Whereas NRB’s membership includes well-respected charitable organizations, the likes of whom offer valuable and specialized services that should not be excluded from federal grant programs or contracting due to adherence to religious beliefs;

Whereas Christian broadcasters, evangelistic ministries, and charitable groups have from time to time been targeted for unfair or inconsistent Internal Revenue Service (IRS) scrutiny due to political bias or religious viewpoint discrimination, risking potential loss of tax-exempt status;

Whereas NRB requires its members to meet high standards of ethics and financial integrity and has consistently advocated against inconsistent and unfair scrutiny of Christian nonprofits;

Therefore be it resolved that NRB calls upon this administration and members of Congress to protect, preserve and defend the religious liberty rights of Americans guaranteed by our Constitution and Bill of Rights by opposing the weaponization of federal agency rulemaking, grants, and agency powers to harass or penalize religious nonprofits.