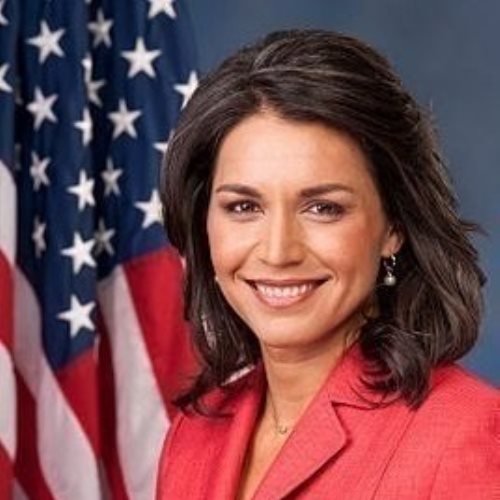 This week a Hawaiian Democrat in the House of Representatives made waves when she called out religious discrimination in her party, particularly in the treatment of one of President Donald Trump’s judicial nominees. Rep. Tulsi Gabbard bravely penned an op-ed in The Hill denouncing “those who are fomenting religious bigotry” against Nebraskan Brian Buescher, a federal district court nominee. Significantly, among those who have been prominently highlighted for so aiming at Buescher is Gabbard’s fellow Hawaiian Democrat, Sen. Mazie Hirono.

Buescher has been targeted for being a member of the Knights of Columbus (KoC), a prominent Catholic charitable organization. After his confirmation hearing before the Senate Judiciary Committee in November, Hirono, citing Califorinia’s Proposition 8 marriage initiative, declared that KoC “has taken a number of extreme positions.” She and her colleague, possible 2020 presidential aspirant Sen. Kamala Harris (D-Calif.), peppered him with questions related to KoC positions on abortion and marriage.

In her article, Gabbard said, “If Buescher is ‘unqualified’ because of his Catholicism and affiliation with the Knights of Columbus, then President John F. Kennedy, and the ‘liberal lion of the Senate’ Ted Kennedy would have been ‘unqualified’ for the same reasons.”

Also rebuking Sen. Dianne Feinstein (D-Calif.) for her “dogma lives loudly within you” attempt to disqualify Amy Coney Barrett from serving on the federal bench, Gabbard pointed out that Article 6 of the U.S. Constitution forbids any religious test for public office. She said of religious attacks by those in her party, “We must call this out for what it is – religious bigotry.”

Notably, in a Senate Judiciary Committee hearing last October, Hirono said she was less concerned about the free exercise of religion than what she believes to be religious profiling and persecution in the U.S. and the rise of “a school of thought that weaponizes religious liberty.” She specifically targeted the Supreme Court Hobby Lobby victory that was based on the fair balancing test of the Clinton-era Religious Freedom Restoration Act (RFRA).

In her piece this week, Gabbard concluded, “Elected leaders engaging in religion-baiting are playing with fire. They are sacrificing the well-being, peace and harmony of our country to satisfy their own political ambitions for partisan political interests.”

She urged Americans to “stand together, call out and reject religious bigotry no matter where it comes from, and fight to protect the freedoms and principles that bind us together as Americans.”