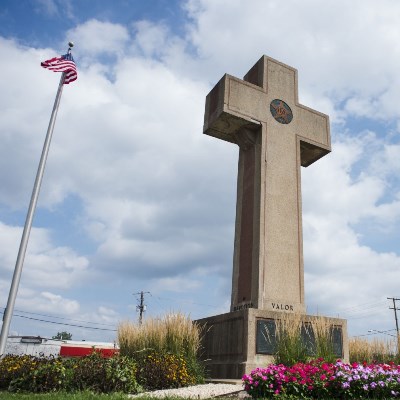 The U.S. Supreme Court this week heard arguments in the case of a 40-foot-tall concrete cross in Bladensburg, Maryland, honoring soldiers who died fighting for their country in World War I. The Bladensburg World War I Veterans Memorial – also known as the “Peace Cross” – was erected in 1925, but in recent years has been in the cross-hairs of the American Humanist Association (AHA).

A federal district court ruled in 2015 that the war memorial was constitutional, but then the U.S. Court of Appeals for the Fourth Circuit reversed that judgement on Establishment Clause grounds. Not long before last fall’s 100th anniversary of the armistice that ended World War I, the high court announced it would take up the case, and there appears to be optimism that the cross may be permitted to stay, though that and the extent of the eventual ruling from the justices is not certain.

There was a lively time of questioning for all of the attorneys – those for and against the memorial – with questions about its history and the sacred or secular message a cross or other symbol may communicate. In one notable exchange, Justice Gorsuch reacted against AHA’s suggestion that this cross was particularly problematic due to its prominence.

“Is it too loud?” said Gorsuch. “Is the Star of David too loud? Is it too offensive? There aren’t many places in the law where we allow someone to make a federal case out of their offensiveness about a symbol being too loud for them. We accept that people have to sometimes live in a world in which other people’s speech offend them. We have to tolerate one another.”

Gorsuch added that Ten Commandments in the Supreme Court chamber could be offensive to some based on its being “too loud.”  He suggested that perhaps more than mere offense should be required to assert a federal case against such monuments.

Among those defending the monument, Acting U.S. Solicitor General Jeffrey Wall told the court that the logic of the high court’s Town of Greece ruling for public prayer undergirds keeping the memorial. He said, “Do any of those present greater dangers than the acknowledgments of religion in the public sphere that have existed since the founding? We would say that because they do not, we would ask the Court to allow the cross to remain and to allow those it honors to rest in peace.”

First Liberty Institute is helping the American Legion in its defense of the Bladensburg World War I Veterans Memorial. Of note, Kelly Shackelford, president and CEO of First Liberty, will be participating in the Public Policy Session at Proclaim 19, the NRB International Christian Media Convention taking place March 26-29 in Anaheim, California.