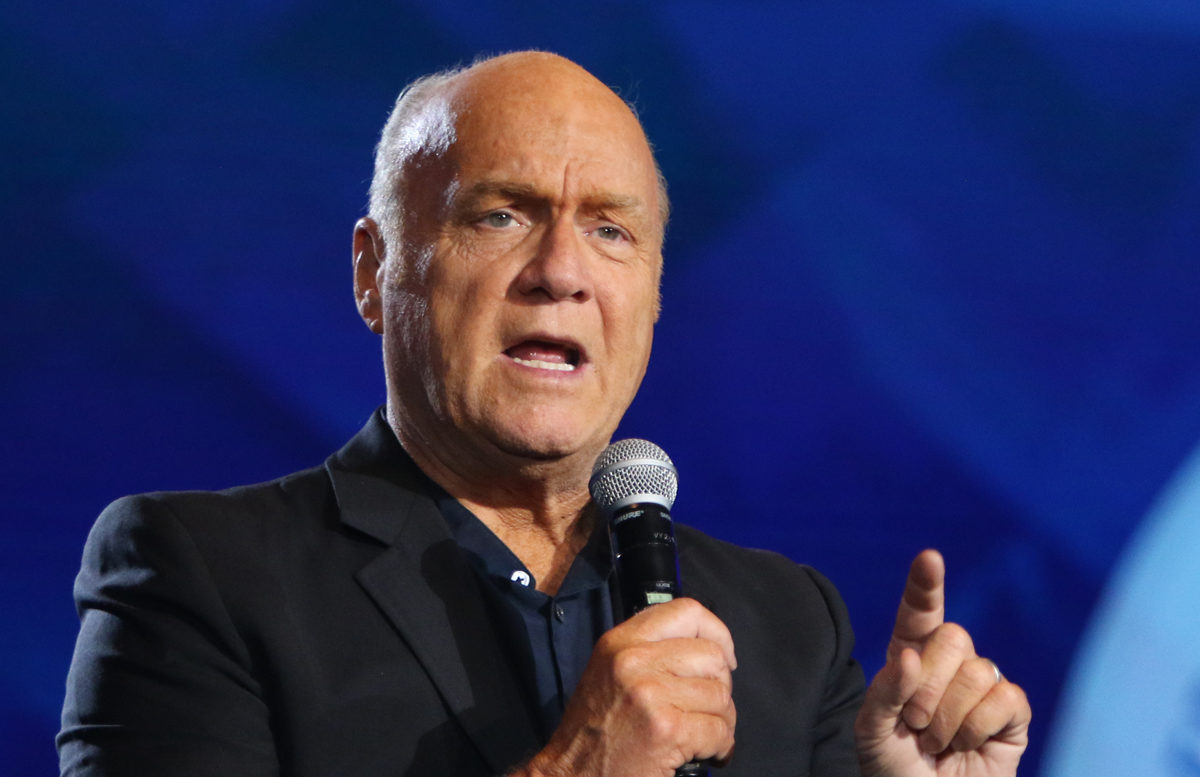 ANAHEIM, Calif. – Pastor Greg Laurie spoke about what it will take to see another great awakening and revival in America during the March 26 Opening Session at Proclaim 19, NRB’s International Christian Media Convention in Anaheim, California.

Laurie, senior pastor of Harvest Christian Fellowship with campuses in California and Hawaii, lamented how divided America has become, including the Church.

“If we channeled half as much energy into preaching the Gospel as we do to sniping at each other and tearing down one another, we could change the world,” he said.

“We’re trying to point the finger at this person or that person or this party or that party, but when there’s trouble in a nation, God doesn’t point His finger at the government, He looks to His people.”

Laurie pointed out that “when God wants to send a spiritual awakening, it doesn’t start in the White House; it starts in His House. And it should start in your house.”

“Revival means to return to original condition,” he said. “Getting back to what we should have been all along. Revival is waking up from sleep.” Christians who are asleep need to return to the relationship we once had with the Lord.

“If you want to see a revival, according to 2 Chronicles 7:14, you need to confess your sin, humble yourself and pray,” he said. “If you want to see revival happen in the lives of others, it has to start with you because nothing can happen through you until it has first happened to you.”

Laurie next addressed the question of how Christians can reach today’s culture.

Believers need to take their Gospel message to the culture because people searching for it, he said.

Referencing the story Philip’s encounter with the Ethiopian eunuch in the Book of Acts, Laurie said, “There’s an entire generation of people today that is just waiting for someone to show them the way — to just engage them in a conversation about Jesus and, more to the point, give them an opportunity to come to Jesus.”

Laurie said the reason he thinks so many have become Christians through his radio program, A New Beginning, is because “we throw the net at the end of the program,” adding, “we simply give people an opportunity to accept Christ if they want to. There are some many people that are literally waiting for someone to do that.

Laurie said he wrote his book Jesus Revolution to explain what God did in his generation during the Jesus Movement with the prayer that He will do it again today. “The fame of revival spreads the flame of revival.”

Brothers David and Jason Benham emceed the Opening Session in which NRB’s board chairman spoke about the association’s 75th anniversary, and the band Parable performed.