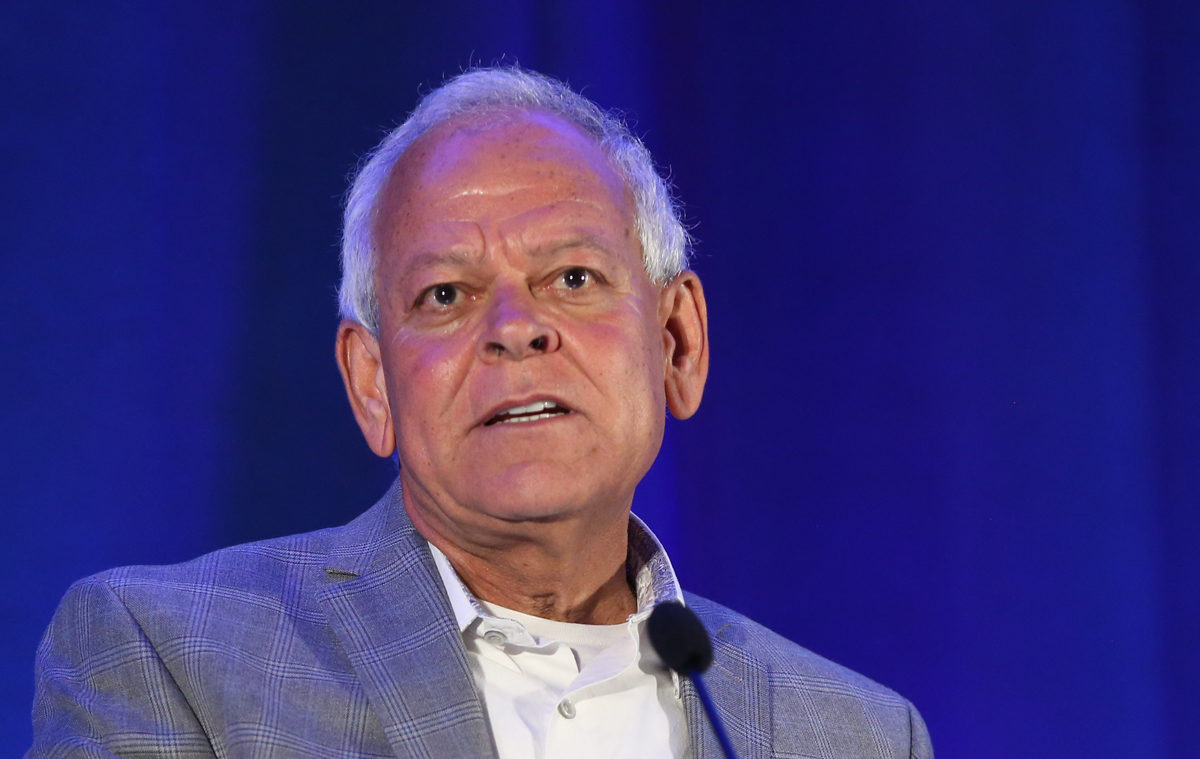 ANAHEIM, Calif. (NRB) — Johnny Hunt challenged Christian media representatives to think of one person they need to share the Gospel with – and not to let the idea that family is the hardest to reach stand in the way.

“Who would possibly know them better than you, and who could possibly love them more than you and would share the Gospel with them?” Hunt said March 25 during the Great Commission Summit, a pre-convention event at Proclaim 19, the NRB International Christian Media Convention in Anaheim, California.

Hunt, senior vice president of evangelism and leadership at the Southern Baptist Convention’s North American Mission Board, said Billy Graham once remarked that the Church used to be a great force for evangelism but today has become a great field for evangelism.

“Who’s your one?” asked Hunt, a former SBC president and former pastor of First Baptist Church in Woodstock, Georgia.

Believers too often consider how someone looks or behaves and surmise that the person wouldn’t be interested in hearing about Jesus, Hunt said.

“I managed a pool room for four years. If you’d have seen me when I was 19 years old, I was a hustler. I’d have a pool stick in one hand, a cigarette in that same hand, a glass of whiskey in the other hand and God’s name in vain on my lips,” Hunt said, referring to before he was saved. “And I doubt anybody thought, ‘You know, Johnny would make a great president of the Southern Baptist Convention.’”

Also at the Great Commission Summit, international media leaders gave brief reports on their regions, testifying to “the power of media that reaches across borders and through cultures into homes and hearts to take the message of Jesus Christ, the hope that we have in Him, to those who desperately need it,” as Ron Harris of MEDIAlliance International said.

Lee Sonius, a regional director of Reach Beyond serving in Sub-Saharan Africa, said there is a battle “both literally and spiritually” raging in Africa. He referred to a buffer zone across the middle of the continent separating the Muslim-dominated north from the Christian-dominated south.

“This buffer zone is where a lot of persecution is taking place,” Sonius said, noting that 600 Christians have been killed in northern Nigeria alone in the last month.

Soner Tufan, who manages four Christian radio stations in Turkey, said the country’s 82 million people are mostly Muslim. He estimated the Christian population to be only 6,000 and said most of the church leaders are living sacrificially and in danger because “they really want to reach the country.”

A key way of reaching people in Turkey, Tufan said, is using the tools of radio, television and social media. He told how a woman showed up at a church one day and said for seven years she had listened to Christian radio broadcasts and had become a follower of Jesus.

“There are many secret Christians, I believe, that are listening to Radio Shema,” Tufan said.

Arnold Enns, president of COICOM, an NRB-like group in Latin America, said South America is “not quite reached.”

“We are working on it, and we are so proud to see a younger generation that is rising to the occasion and are starting to take social media and regular media and evangelizing our continent,” Enns said.

Of the 660 million people in Latin America, 65 percent are age 35 and younger, Enns said.

“The interesting fact is that our church is not quite ready, and perhaps not well equipped and trained to take the Gospel to this 65 percent, and that’s where we come in,” Enns said, referring to the resources available through the COICOM ministry.

Peter Paik of CTS Korea said work in South Korea is not easy, but “we experience that God is using us for the Great Commission” and is providing everything they need.

“I am asking prayer for North Korea,” Paik said. “We think that we have to pray and prepare for the day God opens the door. I believe the media will take a key role to spread the Gospel and change many lives in North Korea.”

Harris said it’s exciting that the Gospel is being broadcast 24/7 over the air and over the internet to provide hope worldwide.