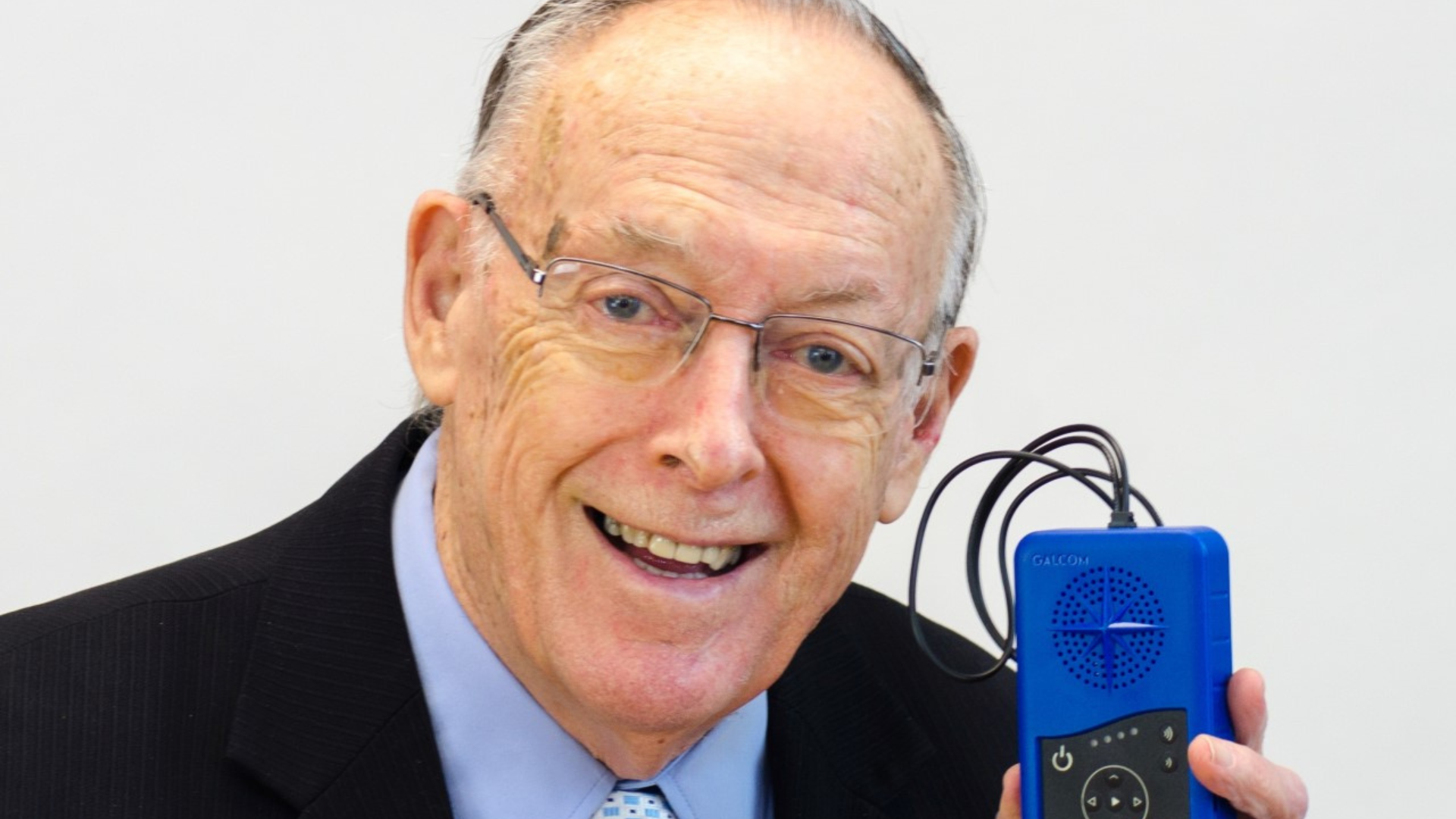 After 50 faithful years of ministry, Galcom International Canada bid a fond farewell to its retiring founder, Allan T. McGuirl, at the end of April 2022.

“I realize that as of April 28th, 2022, I have been involved in 50 years of full-time ministry. I can’t help but marvel how God took a dyslexic young boy and allowed him to take this incredible journey,” said McGuirl.

From 1972 until 1982, McGuirl pastored various churches, answering a new calling after a career as a successful businessman. With a history of interest in audio technology, McGuirl also served on the Board of Gospel Recordings, a ministry that is focused on recording the Bible in remote, often-overlooked languages and dialects. McGuirl then went on to serve as the ministry’s Canadian Director from 1982 until 1989.

The radio ministry of Galcom International began during McGuirl’s time at Gospel Recordings (now Global Recordings Network), when he learned of the inter-ministry initiative “World by 2000,” featuring Far East Broadcasting Company (FEBC), Trans World Radio (TWR), and Heralding Christ Jesus Blessing (HCJB). “World by 2000” had a vision to blanket the globe with Christian shortwave radio. But as McGuirl visited remote tribes in Kenya, he came to realize that it was only one step in the process: the locals needed radios to hear the broadcasts, yet most did not have access to radio technology or electricity.

With a God-given vision, McGuirl headed home to his basement workshop and created a prototype solar-powered, fix-tuned radio. Galcom International was formed in partnership with two other visionaries, Harold Kent and Kenneth Crowell. In his years at Galcom, McGuirl built, shipped, and hand-delivered hundreds of thousands of radios; or, as he calls them, “portable missionaries.” These compact “missionaries” formed a major part of McGuirl’s legacy of service in ministry.

33 years and almost 1,500,000 radios later, McGuirl’s vision continues to live on through Galcom International. Galcom’s staff has grown from one and a half (Allan and his wife Florrie, who worked for the ministry part-time) in 1989, to twenty today, and continues to expand. The newest development, the Compass radio/audio player, features audio prompts at the press of a button and is programmed with new recordings for use out in the field.

NRB honored McGuirl in 2010 with the International Individual Achievement Award for his lengthy career of ministry around the world.

“Under Allan’s exceptional industry leadership, Galcom has had a global impact in equipping missionaries to effectively communicate the Gospel through inventive technological means,” said NRB CEO Troy A. Miller. “Allan’s vision will carry on through Galcom’s ministry advancements.”

Galcom International, an NRB member, exists to give help and tools to the missionaries that have answered the call of Christ to “go into all the world and preach the gospel to every creature.” By providing solar-powered, fix-tuned radios, installing radio stations, and using audio technology, Galcom mobilizes missionaries to multiply their impact and reach larger people groups with the Gospel.