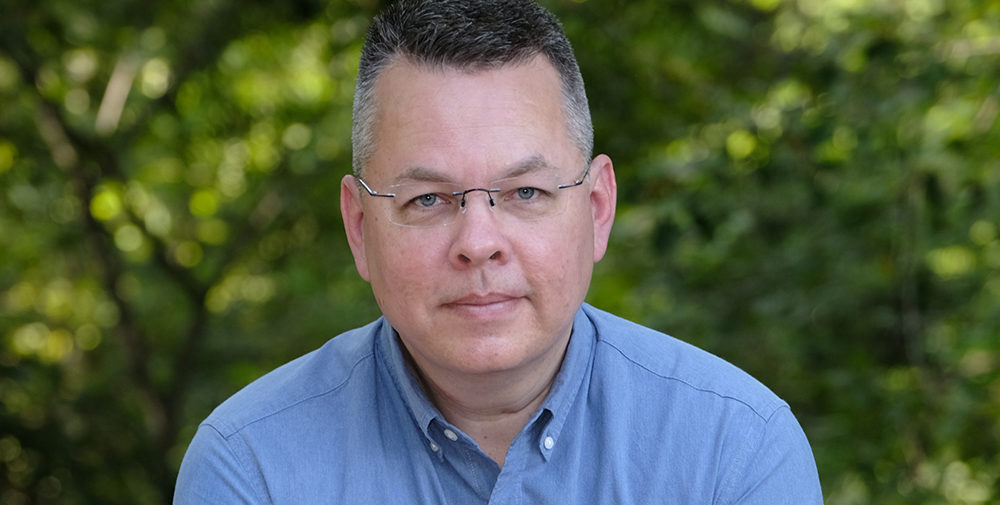 Freed Pastor Andrew Brunson to Speak at NRB 2020 in Nashville

Andrew Brunson, the American pastor who suffered for his faith in a Turkish prison for nearly two years before his release late last year, will speak during the Great Commission Forum at the NRB 2020 Christian Media Convention taking place February 25-28, 2020, in Nashville, Tennessee.

NRB’s annual Convention is the largest nationally and internationally recognized event dedicated solely to the field of Christian communications. Its dynamic Exposition consists of around 200 organizations and is an active marketplace for those seeking to enhance their media and ministry efforts.

“NRB had long called for Pastor Brunson’s release since he was falsely accused and arrested in Turkey, and now we are happy to welcome him to our upcoming Convention,” said Troy Miller, NRB’s Interim CEO. “NRB 2020 attendees will get to hear in person how this servant of Christ faced persecution and adversity. They’ll also have the opportunity to connect with those who are involved with Christian media and ministry around the world at the Convention’s Great Commission Forum. It will be an inspiring time!”

Brunson and his wife, Norine, were involved in starting churches, training believers, aiding refugees, and operating a house of prayer in Turkey for 23 years until he was falsely accused of terrorism in October 2016. After this, Brunson was held for two years in Turkish prisons. Due to a worldwide prayer movement and significant political pressure from the U.S. government, the North Carolina native was finally sentenced to time served and dramatically released in October 2018.

At NRB 2020, Brunson will speak on the first day of the Convention, February 25, 2020, at the Great Commission Forum, sponsored by The John Ankerberg Show. He will be among the dozens scheduled to speak throughout the four-day gathering. Others speakers include Ravi Zacharias, Chairman of the Board at Ravi Zacharias International Ministries; Ted Baehr, Chairman of the Christian Film & Television Commission; Gordon Phillip Borrell, CEO of Borrell Associates; Phil Cooke, Founder-CEO of Cooke Media Group; YouTube & video marketing consultant Derral Eves; DeVon Franklin, CEO of Franklin Entertainment; writing/directing/producing duo Cary Solomon and Chuck Konzelman, whose films include the God’s Not Dead franchise and Unplanned; Janet Parshall, Host of In the Market with Janet Parshall; Carol Miller Swain, Host of the Be the People podcast and radio show; among many others.