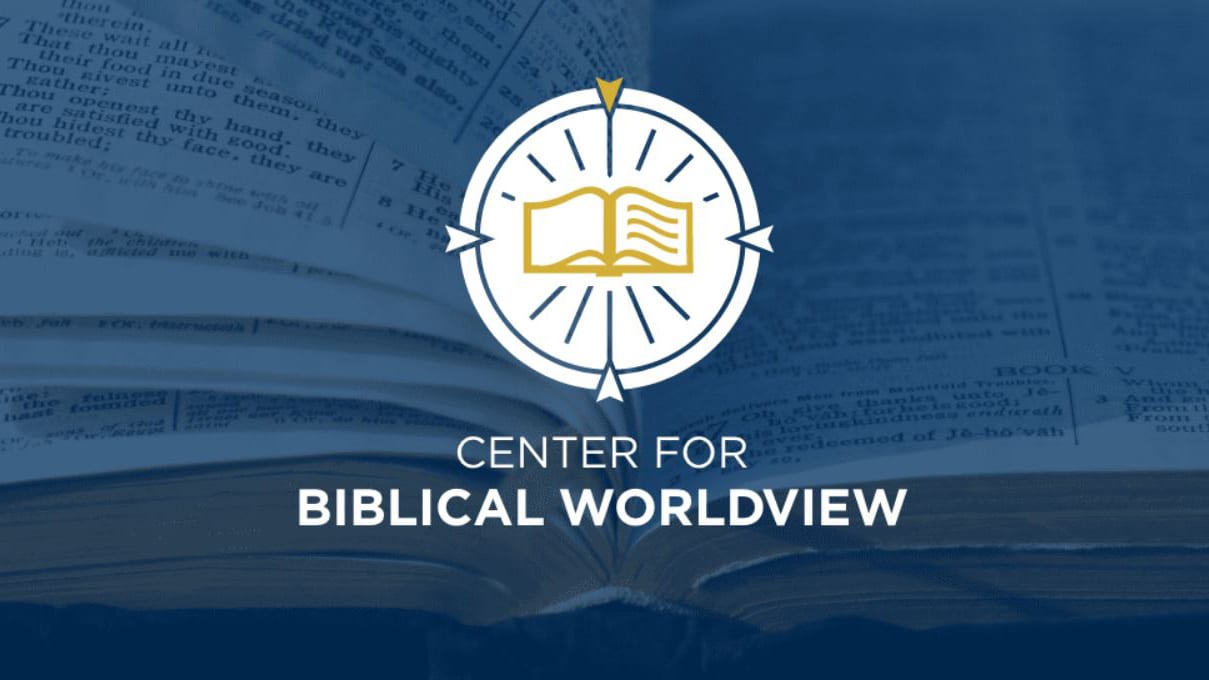 Last week, Family Research Council launched the Center for Biblical Worldview (CBW) to provide resources for individuals, families, churches, and pastors who want to grow and strengthen their biblical worldview.

“Christians have a duty to stand against the prevailing cultural tides and proclaim God’s truth to a dark and wandering world. But before you stand, you need solid ground,” Tony Perkins, President of Family Research Council said. “The Center for Biblical Worldview is designed to give Christians a firm foundation so that they can engage the culture by being rooted in God’s Word. Every Christian can and should obtain a biblical worldview.”

The Center for Biblical Worldview’s mission is “to teach Christians to see all of life through the lens of Scripture, equipping them to live out and defend the faith in their families, communities, and the public square.” Their goal is to reverse the biblical illiteracy that dominates society and help Christians develop and live by a biblical worldview. CBW is also designed to train Christians who do hold to a biblical worldview to advance and defend their faith in their workplaces, schools, communities, and the public square.

David Closson serves as the director of the CBW at FRC, while Dr. George Barna and Dr. Owen Strachan were named senior fellows.

Closson said that Barna has set the golden standard for political, cultural, and worldview research and that Strachan has been bold in the fight for cultural renewal and will continue to be vital to the CBW’s mission.

“Given FRC’s track record of making a difference in our society based upon its unwavering commitment to biblical principles, I look forward to an effective and fruitful partnership using research to guide our efforts,” Barna said.

Barna has pioneered survey research among evangelicals since 1981, and his recent work was instrumental in the creation of this center. In his recent work, Barna found that only a small percentage of self-identified Christians actually hold to and live according to a biblical worldview. This research will continue to play a key part in sponsoring new initiatives in the CBW’s response to the rise in biblical illiteracy among Christians.

“Most of our friends and neighbors, including those who attend church, do not think about the day’s moral and cultural issues through the lens of Scripture,” Closson said. “Increasingly, we see the disastrous effects of a culture that has rebelled against God’s Word. That is why I am thrilled to be part of a new initiative that is committed to equipping Christians with a biblical worldview.”

Strachan serves as Provost and Research Professor of Theology at Grace Bible Theological Seminary in Conway, Arkansas after having served as the president of the Council on Biblical Manhood and Womanhood. Strachan’s book, “Christianity and Wokeness” is scheduled to release in summer of 2021. Through resources like this, Strachan’s work will help the CBW to expose secular ideologies that have infiltrated Christian thinking in universities, denominations, and other Christian institutions.

“I am thrilled to join the FRC team, and in doing so to have a special focus on the cultivation of a godly mind,” Strachan said. “But when believers are trained by churches and other strengthening institutions like FRC to think in a distinctly biblical way, they cease to be an easy target.”