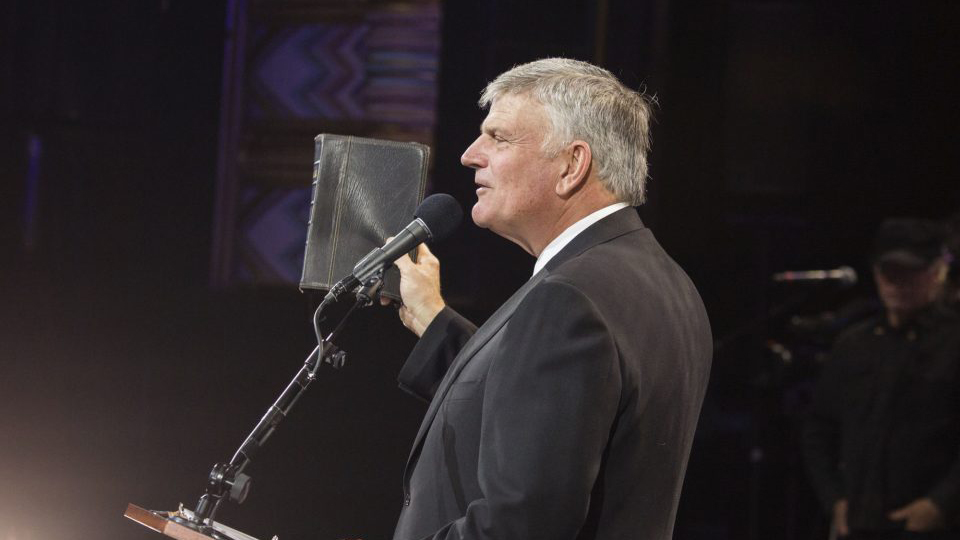 Last Friday, a United Kingdom Judge ruled in favor of Franklin Graham, saying that the town of Blackpool, England had violated religious liberty protections when it removed bus ads promoting a 2018 Christian event hosted by the Billy Graham Evangelistic Association.

In the decision, Judge Claire Evans ruled that the Blackpool council and the Blackpool Transport Services, owned by the town, “discriminated on the ground of religion,” violating Article 10 rights which protect freedom of expression.

In July 2018, Blackpool succumbed to rising pressure on social media calling for the town to prohibit bus ads promoting the “Lancashire Festival of Hope with Franklin Graham” due to Graham’s adherence to biblical views on marriage and sexuality.

“The removal of these adverts is as a result of us listening and acting on customer and public feedback which we aim to do at all times,” said Jane Cole, Managing Director at Blackpool Transport. “Blackpool Transport is a proud ongoing supporter of the Pride and LGBT+ communities and in no way did we intend to cause any distress or upset.”

The ad in question read, “Lancashire Festival of Hope with Franklin Graham—Time for Hope.”

“This advertisement was inoffensive,” Evans wrote in her decision. “It was not obviously religious, it contained nothing but factual information as to the Festival, it did not even identify that it was a Christian Festival. Only the appending of the name of Franklin Graham, and the fact that some people find him and his views offensive, made it anything other than innocuous.”

Evans ruled that Blackpool wrongly “discriminated” against the Lancashire Festival of Hope with Franklin Graham, exhibiting a “wholesale disregard for the right to freedom of expression” and giving “preference to the rights and opinions of one part of the community.”

“The removal of the advertisement coupled with the press releases issued by [Blackpool] gave or were capable of giving the public impression that the religious beliefs were unacceptable to society,” Evans wrote.

Graham publicly praised the court for this decision.

“We thank God for this ruling because it is a win for every Christian in the U.K.,” he said.

With this decision, the court affirmed that people of faith who hold traditional religious views about marriage and sexuality are entitled to protection under the law. Evans ruled that an individual or organization should not be considered “extremist” based on sincerely held religious beliefs about marriage and are entitled to the same nondiscrimination and freedom of expression protection as those with other views.

“This ruling confirms that all Christians in the UK have the right to share their beliefs in the public square without being discriminated against or interfered with by public officials and other groups that want to silence them,” said James Barrett, Chairman of the Board of Directors for the Billy Graham Evangelistic Association UK. “I am grateful the courts have once again reiterated that the freedom to speak only what is not offensive is not freedom of speech at all.”

The court will now consider financial damages that Blackpool will owe.