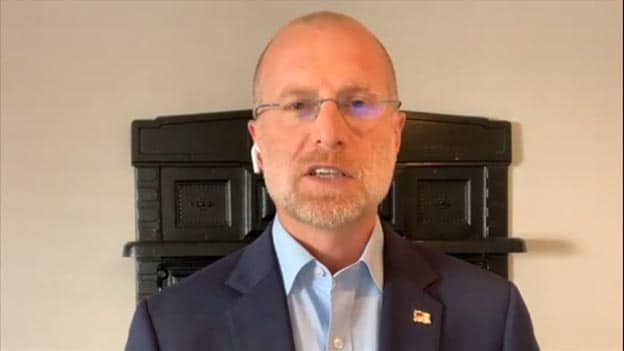 On Wednesday, May 5, the Baltimore State’s Attorney’s Office filed a complaint with the Federal Communications Commission (FCC) requesting an investigation of WBFF, the Sinclair-owned Fox-affiliated TV station in Baltimore, for alleged biased, inflammatory, and dangerous news coverage.

“The State’s Attorney’s Office, led by Democrat Marilyn Mosby, has launched a chilling and direct attack on free speech and journalistic freedom,” FCC Commissioner Brendan Carr said in a statement. “The complaint her office filed with the FCC asks the Commission to censor a newsroom simply because journalists are doing their constitutionally protected jobs and shining a light on the work of the State’s Attorney. Invoking the power of the state to silence journalists for unfavorable coverage strikes at the very heart of the First Amendment.”

In the letter from the State’s Attorney’s Office written by Zy Richardson, its communications director, the office charged WBFF with intentionally crusading against Baltimore State’s Attorney, Marilyn Mosby.

The station, however, defended its reporting.

“WBFF is committed to journalism in the public interest with its award-winning investigative unit being a key part of delivering on that commitment,” Billy Robbins, the vice president and general manager of WBFF said. “While we understand that it’s not always popular with the individuals and institutions upon which we are shining a light, we stand by our reporting.”

The letter said that WBFF’s coverage of the office “could reasonably be categorized as blatantly slanted, dishonest, misleading, racist, and extremely dangerous.”

“They are correct in this respect—it is the conduct of the State’s Attorney’s Office that is troubling, abhorrent, and outright dangerous,” Carr said in response.

These attempts to silence WBFF reporters came after federal prosecutors opened a criminal investigation into Mosby’s activities, and the day after the complaint was filed, WBFF received four prestigious Regional Edward R. Murrow awards for journalism excellence. One of these awards was for one of its stories covering the State’s Attorney’s Office work. was

“Yet this complaint is part of a recent and troubling surge in efforts by Democrat officials to pressure the FCC and its regulated entities into censoring news coverage and political speech that Democrats don’t like,” Carr said. “The FCC should make clear that it will not operate as the DNC’s speech police.”

Carr called on his fellow FCC commissioners to dismiss the complaint with prejudice immediately.

“No journalists should have a complaint like this from their city’s top prosecutor hanging over their newsroom,” Carr said.