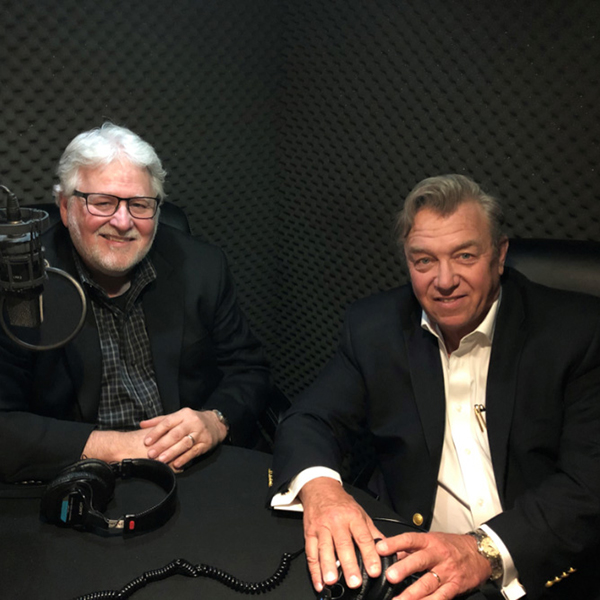 Featuring FEBC USA’s president and CEO, Ed Cannon, the two-minute daily update reports to audiences in the United States and Canada how the broadcast ministry is reaching people with the Gospel everywhere – from remote to major metropolitan areas of the world.

Approaching its 75th year of broadcasting, FEBC reaches a potential listening audience of four billion people worldwide through its network of 149 overseas stations and transmitters, with a focus on those with little or no access to the Gospel. Almost 900 hours of programming are offered daily, in 113 languages and dialects. Last year, the ministry received more than 2.5 million letters, texts, and emails from listeners and five million online responses.

Launched in 2016, FEBC Today has encouraged domestic listeners in their faith as they hear how radio is helping extend God’s Kingdom, and moved them to pray for and support FEBC and other Christian broadcasters in their world evangelization efforts. Among the FEBC Today users is the Bott Radio Network, with 100 stations in 15 states reaching more than 50 million people.

“It’s been so encouraging to see how people who appreciate the value of Christian radio in their own lives have recognized its importance and impact in helping share the good news with those who have yet to hear it,” said Cannon in a press release.

Cannon, who brings firsthand reports from his international travels leading the ministry, co-hosts FEBC Today with veteran Christian broadcaster Wayne Shepherd. Programs focus on an area of the world, an engaging topic, and a dramatic reading of an indigenous listener’s letter, text, or email.

In a recent episode, Cannon told of a listener in China who came to Christ after hearing an FEBC broadcast.

“I thought Jesus was a God for other people, not for me,” the person told the ministry in one of almost one million responses received from listeners within China last year.

FEBC Today, distributed by Kemp & Company, is made available free of charge to radio stations, and does not include financial appeals.

“The goal is not to raise money, but to raise awareness of the continuing need for missionary radio and to raise faith for how God can use it to further the kingdom,” said Cannon. “We believe that as more people pray, we will continue to see more doors of opportunity open, and more fruit from our endeavors.”

Founded in 1945 to share the Gospel in China, FEBC today has more than 900 staff and almost 2,000 volunteers who produce almost 900 hours of programming each day, and it broadcasts across Asia, the Middle East, and Africa. Programs in 113 languages air from 149 stations.