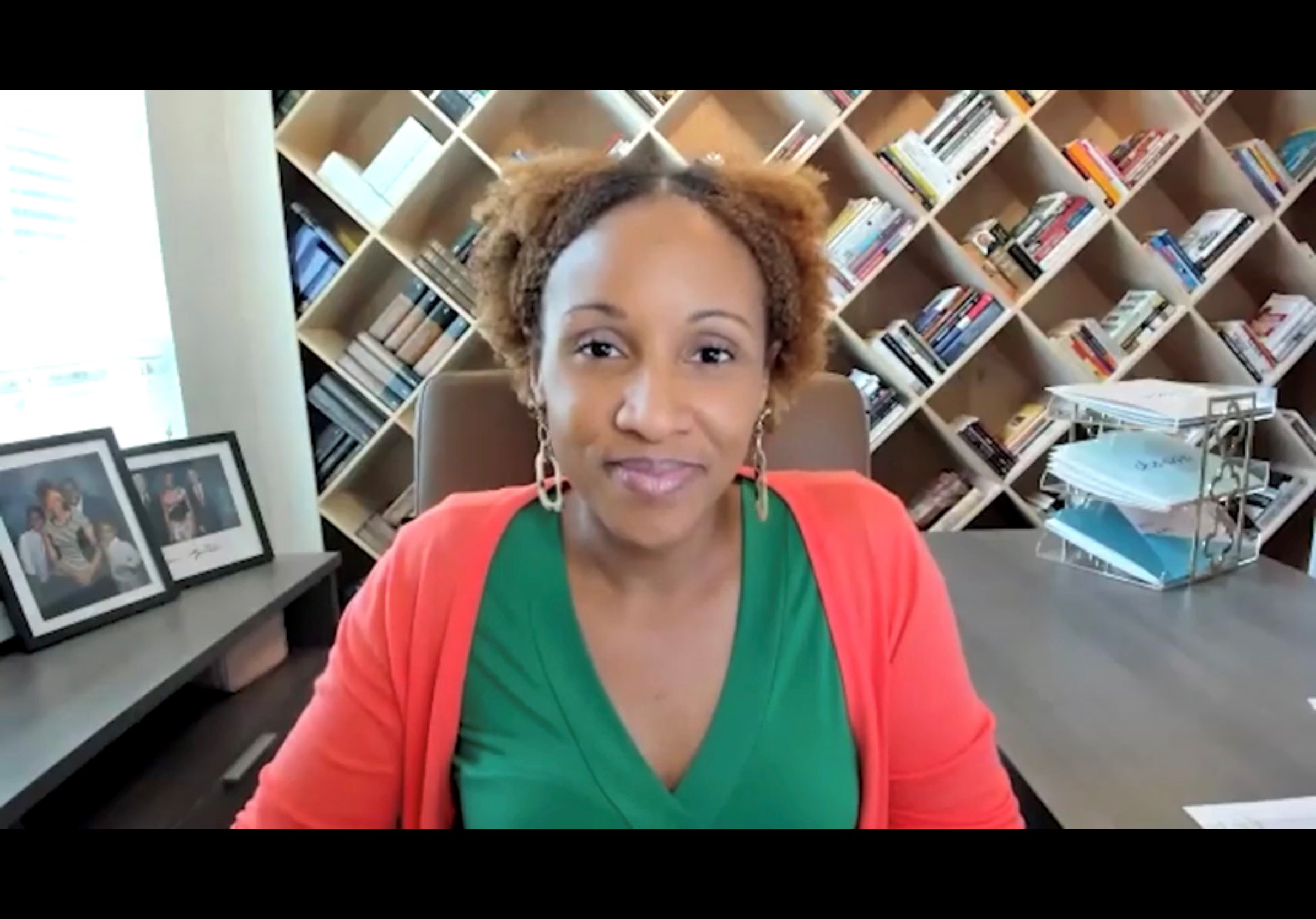 Darling began the event by asking about Jones’s recent book “From Social Media to Social Ministry.” She began writing this book in 2018 when she saw the potential for Facebook to be a lever for digital discipleship, a topic that she spoke about at NRB Convention in 2019. Little did she know that this book would be released in the midst of a pandemic that was a catalyst for churches around the world to turn to social media as tools for discipleship in a social distancing world.

During this webinar event, Jones shared her testimony of coming to know the Lord and then serving in ministry, eventually ending up at Facebook as the head of faith-based partnerships. She told the story of how Facebook pursued her for this position because of her faith rather than in spite of her faith. As she talked about this experience, she said that God was quite clearly the reason that she ended up leaving a job that loved and beginning at Facebook.

As a Christian communicator and specifically as a Facebook employee, Jones has been able to see and experience both the challenges and opportunities of communicating in a digital age.

“What I’ve seen over the last year, and especially in the three and a half years that I’ve been in my role at Facebook, is that the shift to digital ministry wasn’t necessarily complicated, complex, or difficult tactically,” Jones said. “I think the challenge was just the mental model of what ministry is. Many times, we think church is a place you go—it’s a program you watch. What digital ministry really allows us to do is to seize the 168 hours per week that people should be living out their faith.”

At the same time, Jones acknowledged the fact that this is often difficult for churches on a practical level. Ministry takes a lot of time and energy when it consists of events that happen once or twice a week, and when churches talk about using social media to be a part of ministry 168 hours a week, that requires even more time and energy. On top of this, there’s an intimidation factor that comes with trying to use these platforms and fears of people choosing to only connect online and not in person. And for smaller churches in particular, the idea of adding another thing to their ministry strategy can be overwhelming.

“You don’t have to have a huge, fully-resourced staff,” Jones said. “You really just have to have a passion and a willingness to learn in order to meet people where they are.”

Before the COVID-19 pandemic, social media was not central to most churches’ ministry strategies. Over the past year, the way that churches have thought about and engaged with social media has fundamentally shifted. But with that shift came a lot of work—laying the ground work for people in the church to embrace this means of connecting with one another.

Jones described her church’s experience with this and the importance of meeting people where they are in terms of digital literacy. She said that at the beginning of shutdowns last March, there were a lot of members of her church who did not have much experience with platforms such as Facebook. In order for the church to stay connected, they had to first teach people how to use digital technology—even in ways as simple as teaching someone how to download the Facebook app on their phone.

At the same time as churches like Jones’s were trying to figure out the best ways to connect digitally, Jones’s team at Facebook was working diligently to resource churches with the tools they needed to do this.

“I also made sure that my team was reaching out proactively to pastors—not just megachurch pastors but pastors of churches of all sizes—to understand what they needed, what’s working, what’s not working, and then giving that feedback to our product team,” Jones said. “We just want to make sure that as a company we’re meeting the needs, meeting the moment, so that ministries that want to continue to go deep with digital can.”

Jones talked about the importance of using digital platforms such as Facebook not only as a platform to teach through things like digital Bible studies but also as place to create spaces to have fun.

“I think sometimes where we do fail as Christian communicators is we get so focused on the teaching side of the faith that we forget that the fellowship side is just as important,” Jones said.

“One of the beautiful things that I’ve seen that has come out of COVID is that there is so much more exposure to the things of God on social media,” Jones said.

Darling asked Jones for practical advice for Christians who are seeking to engage on social media in a way that is truly reflective of Christ. Jones reminded viewers that Christians are not their own. Anyone who speaks as a Christian is not speaking as themselves but as a follower of Christ.

A replay of the whole conversation with Jones is available online here.