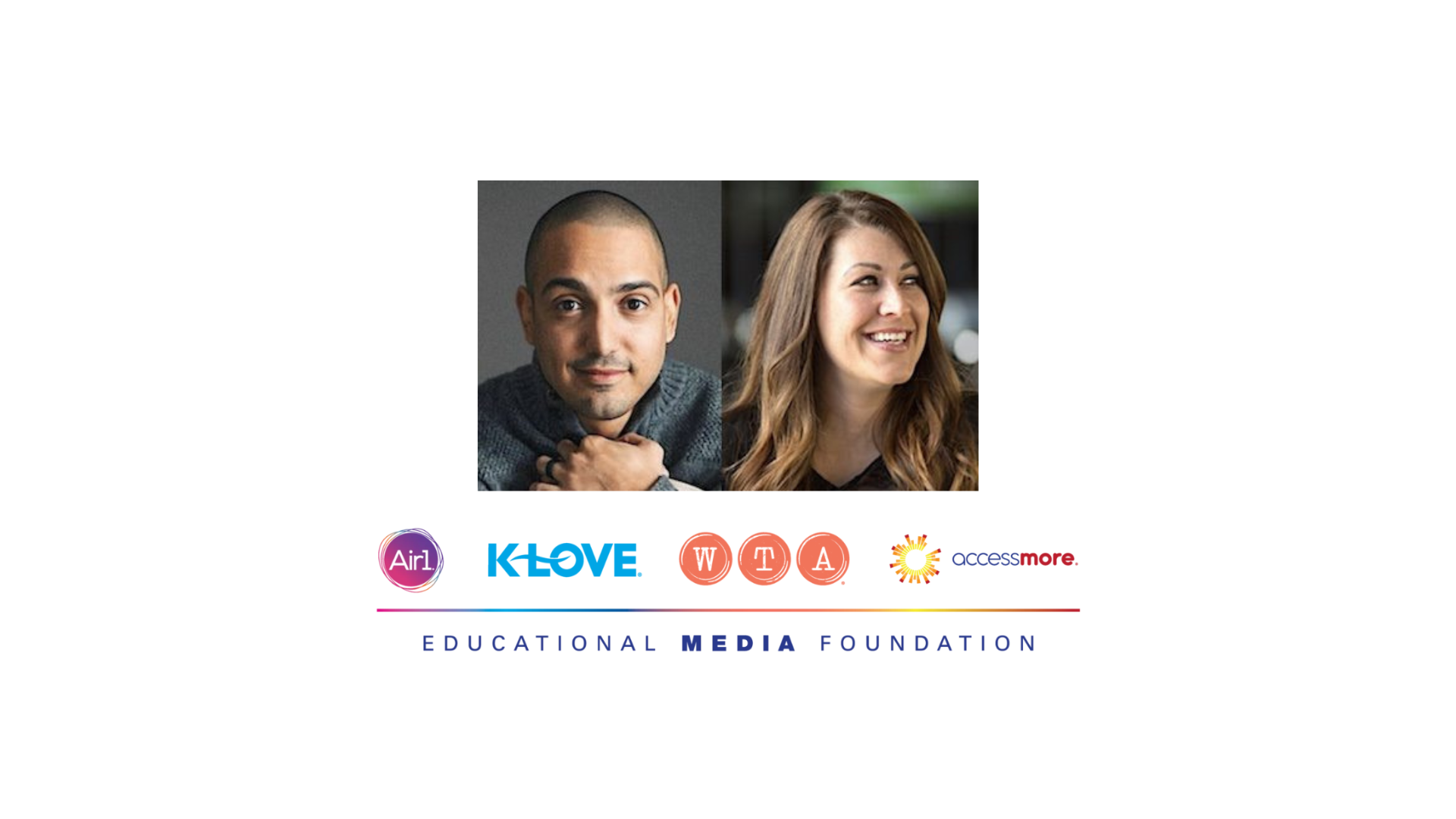 Aguiar joins EMF’s K-LOVE, which broadcasts on over 650 signals across all 50 states, on weekdays from 7:00-10:00 AM PT, and on Saturdays from 10:00 AM-2:00 PM PT. Having previously served at KSBJ and NGEN Radio in Houston, and WAY-FM in Nashville, Aguiar comes to K-LOVE with 22 years of experience in Christian radio. In addition to on-air efforts, Aguiar will be a part of the network’s digital initiatives on social media platforms and streaming video outlets.

With more than 15 years of on-air experience at WCVO The River in Columbus, Ohio where she co-hosted the number one morning show, Mary O’Brien joins EMF’s Air1 which is heard on over 330 signals in 45 states. O’Brien will air weekdays from 5:00-11:00 PM PT, and on Saturdays from 6:00-11:00 PM PT and Sundays from 8:00-11:00 PM PT. O’Brien will also support the network’s digital efforts on social media platforms.

“Often, when a station adds new air talent, it’s to fill a vacancy after a departure,” said EMF Radio Group program director Mandy Young. “We’re in a fortunate position right now with both K-LOVE and Air1 to be bringing on new talent without having to cut ties with any of our existing jocks – which is great from both a staff and audience perspective.”

“Because of our nationwide reach and the challenge of time zones, our talent’s shifts have historically been stretched,” said EMF Radio Group assistant program director Troy West. “While that’s an understandable strategy, we have wanted to test shortening the shifts to more industry-standard lengths to allow our incredible talent to have a more reasonable workload that positions them to deliver just the very, very best content.”