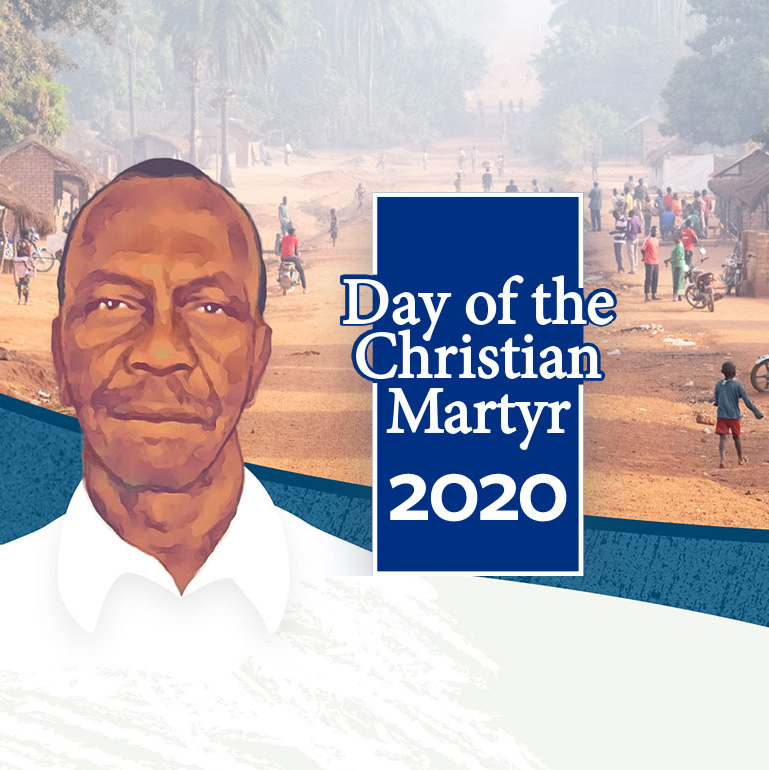 Day of the Christian Martyr on June 29

On June 29 – a date when churches have historically observed the martyrdoms of the Apostle Paul and Apostle Peter – The Voice of the Martyrs (VOM) is again calling on believers worldwide to commemorate the date as the Day of the Christian Martyr and take time to honor the legacy of those who have sacrificed their lives for the advancement of the Gospel.

“The Day of the Christian Martyr is a day to honor an unbroken chain of faithful witnesses that inspire us to fulfill the purposes that God has for each of us—regardless of the cost,” said Todd Nettleton, Chief of Media Relations for VOM and host of VOM Radio, in a press release.

In the second year observing Day of the Christian Martyr, VOM is recognizing Pastor Jean-Paul Sankagui, a church planter and pastor in the Central African Republic (CAR), who was martyred for his ministry and Gospel witness.

In 1993, Sankagui and his wife, Mary, began to work and minister in a Muslim neighborhood outside the CAR capital city of Bangui. They took every opportunity to point the local people to Jesus Christ and maintained good relations with the community for years.

Twenty years later, however, civil war came to CAR and changed everything. In the years of fighting and instability, many of the people in Sankagui’s church fled the area. His wife urged him also to leave.

But, according to VOM, Sankagui felt strongly that God had called him to that church and that neighborhood, and until God specifically called him somewhere else, he would stay and minister and represent Jesus Christ.

“He knew the danger. He knew his safety was at risk. And yet he also knew the call of God,” said Nettleton. “Pastor Jean-Paul counted the cost and willingly stayed to shepherd his small congregation. He decided in his heart that answering the Lord’s call to serve as a witness and to reach Muslims for Christ was worth any cost.”

Deciding they would no longer tolerate Christians in their midst, followers of a notorious Muslim warlord attacked the church in Ramandji on February 7, 2017, and shot and killed Sankagui. The attackers then looted the church and the parsonage before setting both on fire. Sankagui was one of six pastors killed in CAR at the beginning of 2017.

“This year on Day of the Christian Martyr, we are honoring the ministry and memory of Pastor Jean-Paul Sankagui, and his sacrifice for the cause of Christ,” said Nettleton.

“The Day of the Christian Martyr will be a day of tremendous respect for the sacrifice of this pastor and his family, and the sacrifice of so many others,” he added. “It will also be a day of inspiration, a reminder that each of us is called to follow where Christ leads us, regardless of the cost.”

During VOM’s inaugural Martyr’s Memorial Induction Ceremony on Day of the Christian Martyr in 2019, the names of martyred family members of South African missionary Hannelie Groenewald were added to the 60-foot-long granite memorial wall located at VOM headquarters in Bartlesville, Oklahoma.

“After this year’s ceremony, Pastor Jean-Paul Sangakui’s name will always be remembered, alongside so many heroes of the faith,” said Nettleton.

To help churches and believers participate in Day of the Christian Martyr, VOM has developed a free digital resource kit that will inspire churches, small groups, classes, and families to witness boldly for Christ.

The Day of the Christian Martyr kit includes:

Download the free kit for Day of the Christian Martyr at Persecution.com/Martyr.