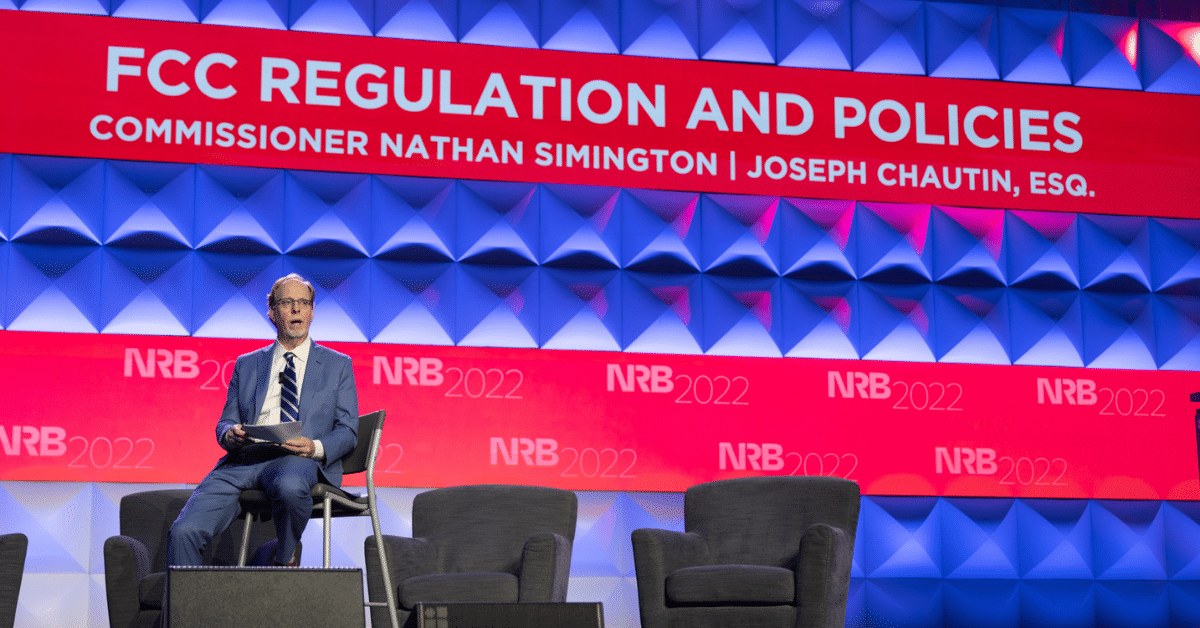 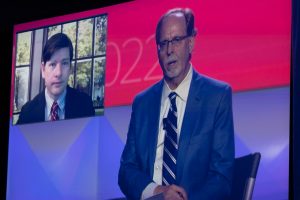 Commissioner Simington offered the ballroom of Christian communicators insight and updates on several regulatory matters. The session, titled “Fireside Chat with FCC Commissioner Nathan Simington” was moderated by Chautin. The discussion addressed some of the key issues facing Christian radio and television broadcasters today. Simington shared his views on communications policy and the future of broadcasting.

Several of the topics addressed in the 45-minute conversation included Section 230 and its role in tech censorship, net neutrality, and equal employment opportunity (EEO) rulemaking and the possible reinstatement of Form 395-B requiring stations to submit information on the makeup of their workforce.

Chautin said questions like those on Section 230 and how to regulate the Internet are significant questions for content providers, especially those who are concerned about Biblical messages being short-circuited by certain media platforms and social media.

“It was a good discussion. He was very open. He wanted to address some of these issues, and in a couple of places, I picked up that he was interested in taking a few positions or reconsidering certain items, either regulations on the books, or those that are being considered now,” Chautin said.

“I was looking forward to his responses on EEO, and the requirements that may come with that, and going back to the old ways and the burden put on broadcasters, especially non-commercial broadcasters like we are, and searching out a more wide spectrum… as well as the net neutrality at the end of the talk today,” Harrier said. “He gave some good information on that, what he expects and what his opinion is.”

Harrier said his company and their stations have had a good line of communication with the FCC through their attorneys.

“Even though we’ve been working from home, we’ve had a few situations the last couple of years with the purchase of new stations, or license renewals, and when our attorney has asked the commission for the answers that we need, they’ve gotten it within an hour or two, which really surprised me during these last two years that they responded so quickly,” he said.

Broadcasters were also urged to act by meeting with the commissioner’s office, filing comments on the various proceedings, or by inviting Simington to visit their stations.

“I love to visit Christian stations whenever there is a chance,” Simington said. “It’s not as often as I would like, but I would certainly look forward to it, so by all means, let’s talk about that.”