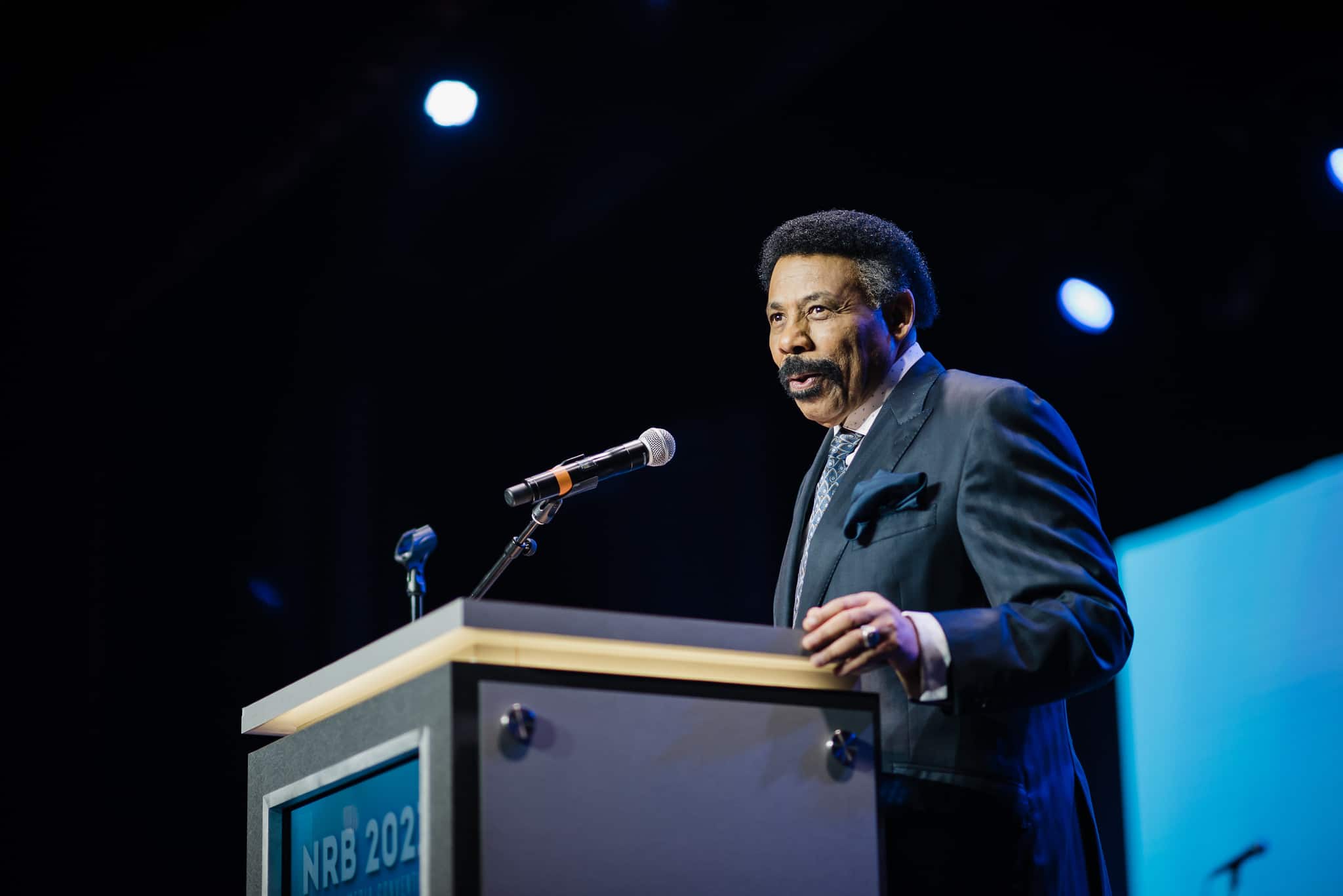 Christian Communicators Continue to Gather to Network and Learn

Tuesday’s events at NRB 2021 kicked off with Erik Reed, Lead Pastor of The Journey Church and Founder of Knowing Jesus Ministries, leading a devotional centered on trusting God in the midst of uncertainties.

“The more I wrapped my head around the fact that God is sovereign, the more I became at peace,” Reed said.

Reed offered encouragement for Christian communicators to press on in faithfulness.

Tuesday also included several discussions on religious liberty. In the morning, Kristen Waggoner, General Counsel at Alliance Defending Freedom moderated a panel with Jack Phillips, Owner of Masterpiece Cakeshop, and Dr. Jerry Davis, President of College of the Ozarks, where they discussed the human cost to denying religious liberty.

In the evening, David Closson, Director of the Center for Biblical Worldview at Family Research Council, moderated a panel with Waggoner; Kelly Shackelford, President, CEO, and Chief Counsel of First Liberty Institute; Brad Dacus, President and Founder of Pacific Justice Institute; and Star Parker, Founder and President of The Center for Urban Renewal and Education (CURE). The panelists primarily discussed how to safeguard religious liberty for Christian organizations and nonprofits.

The convention exhibit hall also opened for the first time yesterday with a ribbon cutting with Troy Miller, CEO of NRB, and special guest Dennis Quaid. The NRB Exposition is the largest marketplace dedicated to Christian media professionals. This award-winning exposition is alive with resources to help expand and enhance your media efforts and is open daily from 11 a.m. to 4 p.m. Don’t miss this opportunity to explore resources and connect with other Christian communicators!

In the afternoon, the exhibit hall was buzzing with people and featured a number of talks and workshops for attendees. Casey Helmick, President of Terra Firma Audio moderated a panel to discuss how to build a podcast with Rob Kirkpatrick, Executive Director of Audio Content Creation, Focus on the Family, Craig Denison, CEO of Denison Ministries, Jason Romano, podcast host of Sports Spectrum, and Tara-Leigh Cobble, podcast host of The Bible Recap.

During a special session in the exhibit hall, Dallas Jenkins, creator of “The Chosen,” and Darrel Eves, Executive Producer of The Chosen, also shared the story of “The Chosen,” giving a case study of how to reach a billion people.

And Trey Van Camp, Church Planter of Passion Creek Church, gave a talk on using YouTube as a place for more than just an archive of sermons and livestreams. He walked through his own journey of using YouTube to reach people for Jesus in his city and around the world and presented a YouTube strategy that copies King David.

“If you want to be a hero, don’t start a YouTube channel,” Van Camp said. “There is only one hero, and his name is Jesus.”

Throughout the day in the exhibit hall, industry committees hosted industry meet and greets to provide a central place for industry leaders to connect with one another.

Phil Cooke, Producer and CEO of Cooke Media Group, and Dan Darling, Senior Vice President of Communications at NRB, hosted a church media lunch to connect with church media leaders and volunteers to encourage and equip them in the work that they do to serve their churches each week.

“We want to encourage each other,” Darling said. “That’s why the NRB Convention exists.”

During the lunch, they also offered practical advice on engaging the Church today.

“As Christians, we will impact the world when we actually do something that engages them,” Cooke said.

The day ended with a powerful night of worship led by Tony Evans, President of The Urban Alternative, and Oak Cliff Bible Fellowship Worship.

“Our God is a consuming fire,” Evans said. “He’s burning things up, so he can restore again.”