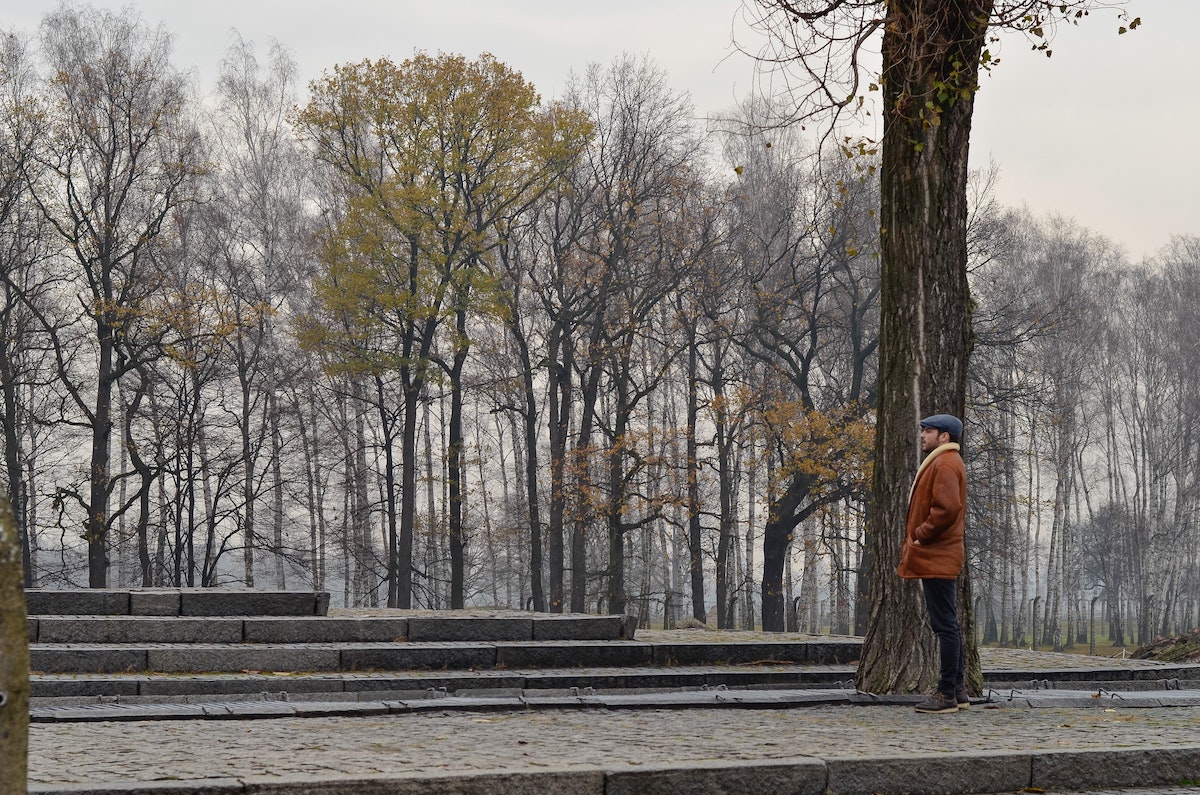 Elderly Holocaust survivors living out the last years of their lives have struggled with and faced unique PTSD throughout their lives, but especially in the past year.  This year, a new initiative sought to honor the survivors, celebrate them, and provide encouragement. The largest number of Holocaust survivors live in Israel. They receive unique services, but the struggles they faced in general and in the wake of the pandemic, have caused many to revisit deep trauma that they experienced as young men and women, or as children. Not only are survivors dying at an alarming rate as they age, but they are also increasingly living below the poverty line, making it difficult in the winter to allocate limited resources of heat, hot food, and medicine that sustains them.  During the pandemic, many were isolated and shut in, unable to see family and loved ones. This caused added trauma for those who had been interned in concentration camps or lived in hiding for years.

This year, even though they have survived, and indeed many have thrived, for many it’s important to recognize that their lives have not been easy. In a generation from now there will be no Holocaust survivors left. With that in mind, this year people around the world celebrated Holocaust Survivor Day on June 24. This new initiative was spearheaded in Poland—where many of the survivors came from, where they suffered, and where their families and entire communities were slaughtered.

Unlike Holocaust Memorial Day when we mourn the six million Jews who were murdered, this day is dedicated to celebrating and encouraging the survivors. There’s scarcely a Jewish community in the world that does not observe Yom HaShoah, the somber memorial day on which they remember those murdered and the huge loss of and to the global Jewish community.

My friend, Rabbi Avi Baumol who serves as rabbi to the Krakow Jewish community shared movingly, “Holocaust Survivor Day aims to focus not on the solemnity of the Holocaust but on the resilience of those who survived; not crying for what was destroyed but rejoicing with those who managed to survive and keep on living their lives despite the past. As Yom HaShoah (Holocaust Memorial Day) is my personal (day of mourning), this will be my personal day of celebration. I will be celebrating with my grandmother whom I am very fortunate to have still in my life, and I intend to (at least virtually) dance with her on this day.”

One cannot underestimate or discount the suffering that survivors experienced in Nazi Europe, or even how it traumatized and scarred them for the rest of their lives. Their children, known as second generation survivors, also suffer trauma that was inflicted indirectly, through living vicariously and imagining their parents’ experiences. It’s long overdue to have a day on which to celebrate them, but as a community of caring people, it’s important that doing so not be limited to one day. This is an important start.

Recognizing the need to honor the survivors, the Genesis 123 Foundation has established a way for people all around the world to provide real comfort, virtually, through Hug A Holocaust Survivor. The program allows people to send a personal note of support and encouragement that will be delivered to elderly and shut-in Holocaust survivors.

Working in Krakow among the remnants of a Jewish community that’s undergoing a revival, Rabbi Baumol reflected on a personal note regarding his grandparents, underscoring why celebrating survivors is so important. “From my grandparents who were survivors, I learned a different perspective on the Holocaust. I learned about their challenges of staying alive during the war and then the postwar rebuilding of their lives, finding each other, starting a very successful business, and building a family. They taught us about the seemingly limitless capacity to emerge from the depths of tragedy and to live a ‘normal looking’ life. They taught me in their actions, their decisions, and their attitudes the meaning of survival. It meant never forgetting the past but at the same time being laser-focused on a future—on building lives, on maintaining the traditions of their heritage but shaping a new legacy for their children and grandchildren.”

Holocaust Survivor Day celebrates the extraordinary people who survived the Holocaust and built new lives. Each year there are fewer and fewer survivors among us. Celebrating the survivors, even those who have already died, is a way of honoring them and comforting their children as well.

For non-Jews around the world who don’t know or live among survivors—many never even meeting survivors or hearing their stories—the Hug A Holocaust Survivor program is especially meaningful as it provides a way to express comfort and support to these elderly people living in the twilight of their lives. Because it’s electronic, words of encouragement can be sent in any language, and will be translated into Hebrew, Yiddish, or Russian, and shared as widely as possible.  One church in the U.S. has already engaged families so that children can be part of blessing the survivors. The possibilities as to how one can participate are endless. But time is not. Every day, more and more survivors die. The opportunity to reach out is winding down.

It’s long overdue that we share our love with these people, to let them know how much we cherish and pray for them. Words of encouragement can come from anywhere, and can be intergenerational. To join Hug A Holocaust Survivor, click here.  For information on the Holocaust Survivor Day event from Poland, please email Genesis 123 for registration details, Gen123Fdn@gmail.com.