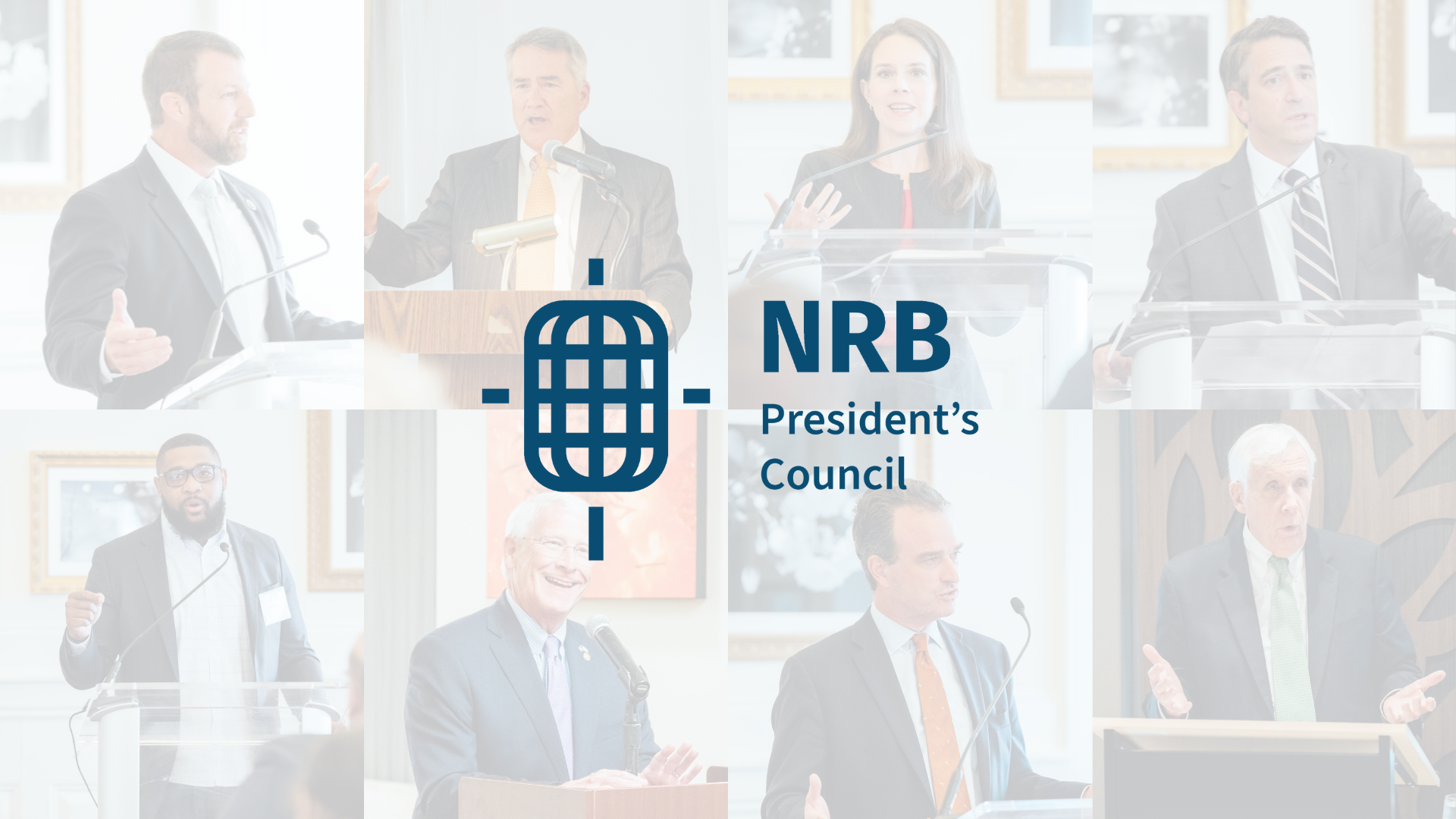 From the evening of Monday, September 19, through the morning of Wednesday, September 21, members of the NRB President’s Council and their guests gathered in Washington, D.C., for NRB’s annual Capitol Hill Media Summit.

The President’s Council is a group of executives from media, broadcasting, advocacy, and legal organizations who commit to an additional investment of time and resources in NRB’s public policy and advocacy activities. President’s Council members serve as influential ambassadors for NRB as they interact with lawmakers and other political leaders in our Nation’s capital.

The conference kicked off with a private dinner at Charlie Palmer Steak on Monday evening, sponsored by longtime NRB partner Combat Antisemitism Movement (CAM), an organization committed to fighting modern forms of antisemitism. EJ Kimball, director of Christian engagement, gave a presentation on how Christian executives can proactively fight antisemitism, including by adopting the International Holocaust Remembrance Alliance (IHRA) definition of antisemitism at their organizations. 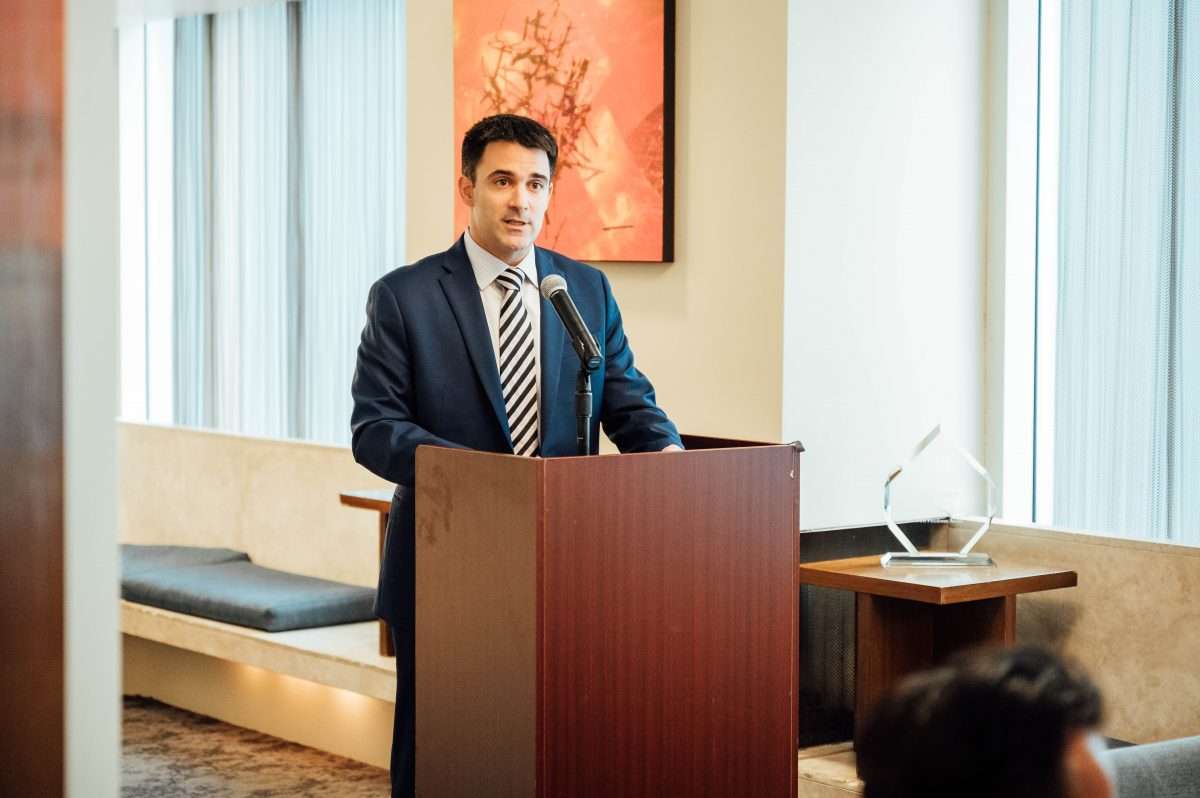 In his remarks, Wicker referenced Matthew 5:14-16, from the Sermon on the Mount, noting the line “A city set on a hill cannot be hidden.” Wicker emphasized the historic significance of Christian media in helping to effect policy change upholding the sanctity of life and thanked Christian broadcasters for letting the light of the Christian message shine on the culture. 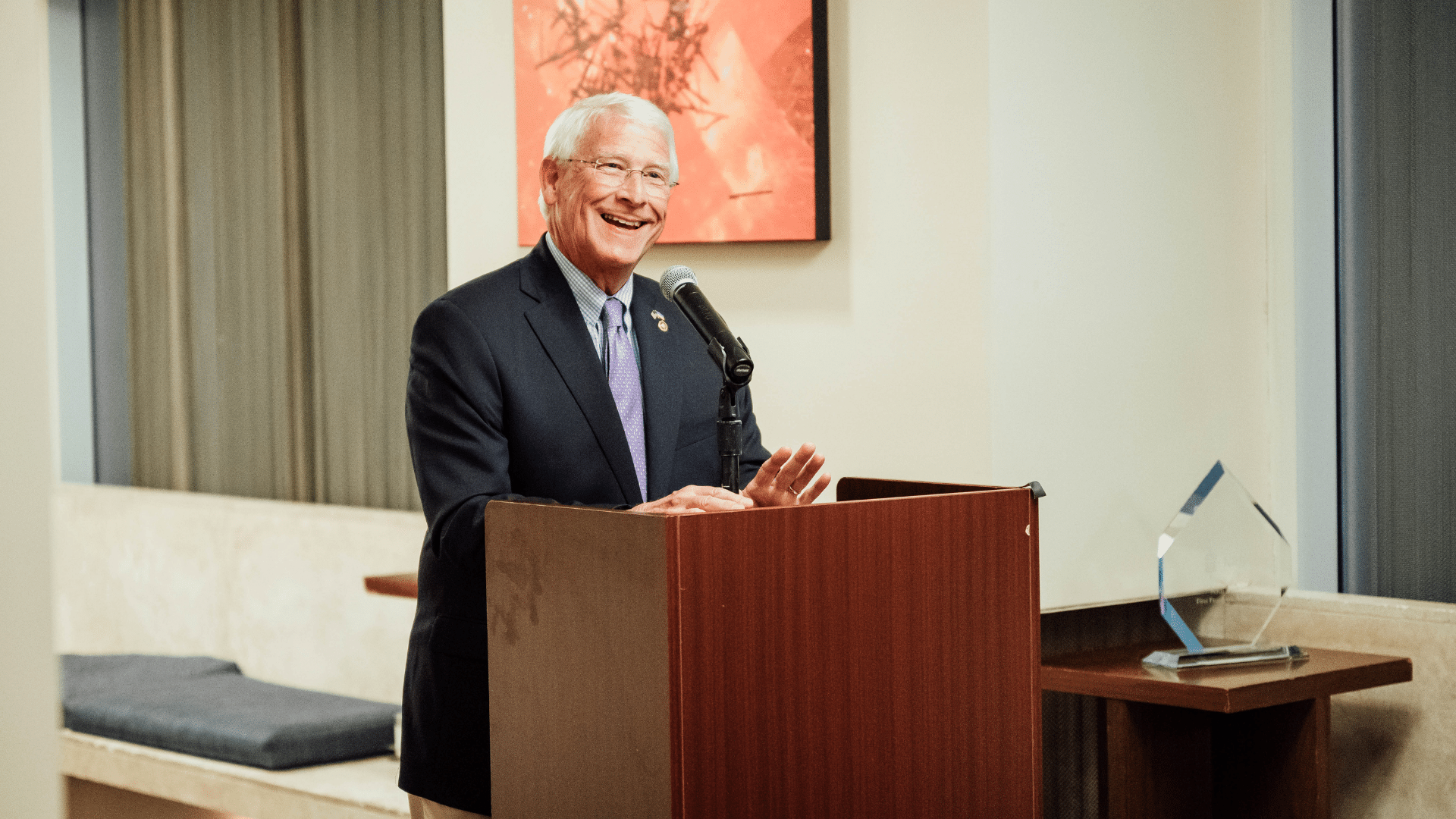 At breakfast the following morning, attendees heard from Brandon Tatum, host of “The Officer Tatum Show” on Salem Radio Network. Tatum shared his powerful testimony as a former All-American football player, a former Tucson police officer, and a conservative who met with unexpected media recognition after he began recording videos expressing his political observations in 2016. Speaking from his perspective as a Christian executive, Tatum encouraged fellow Christian leaders to set an example for their teams by upholding five pillars of faith, integrity, loyalty, combat, and victory.

“God has called us all to something special,” Tatum said. “We cannot sit back and let the next man do the job God has for us. There’s a group of people that can only hear from you. Remember that faith is not a stagnant verb but an active verb. You have to put action behind your broadcasting.” 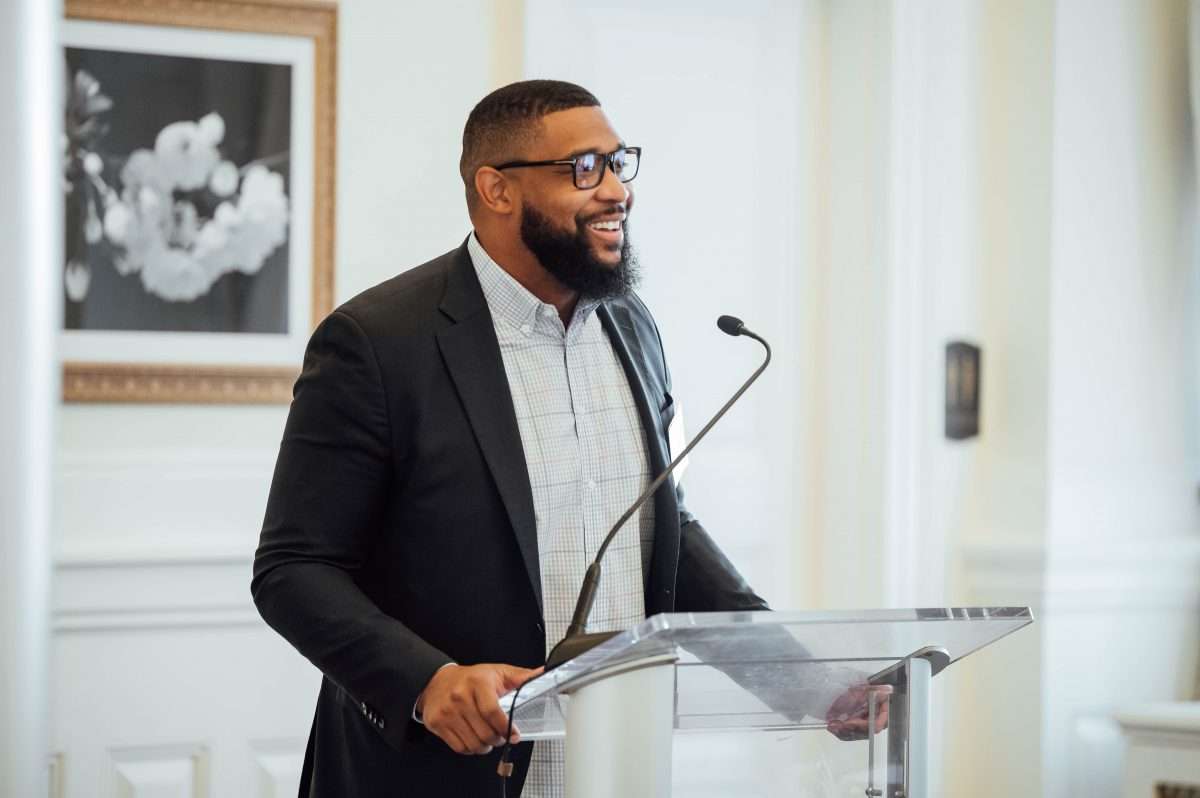 Later that morning, Carrie Campbell Severino, president of the Judicial Crisis Network and co-author of the bestselling “Justice on Trial: The Kavanaugh Confirmation and the Future of the Court,” previewed pending Supreme Court cases on religious freedom and commented on the decisions of the Court in recent cases such as Kennedy v. Bremerton School District, Dobbs v. Jackson Women’s Health Center, Carson v. Makin, Ramirez v. Collier, and others.

“The level of pressure on the Supreme Court, the increase of censorship, and the lengths people are going to stop the decisions from the Court are higher than ever before,” Severino added, urging attendees to continue to pray for both the Justices and the Court. “This is a spiritual battle.” 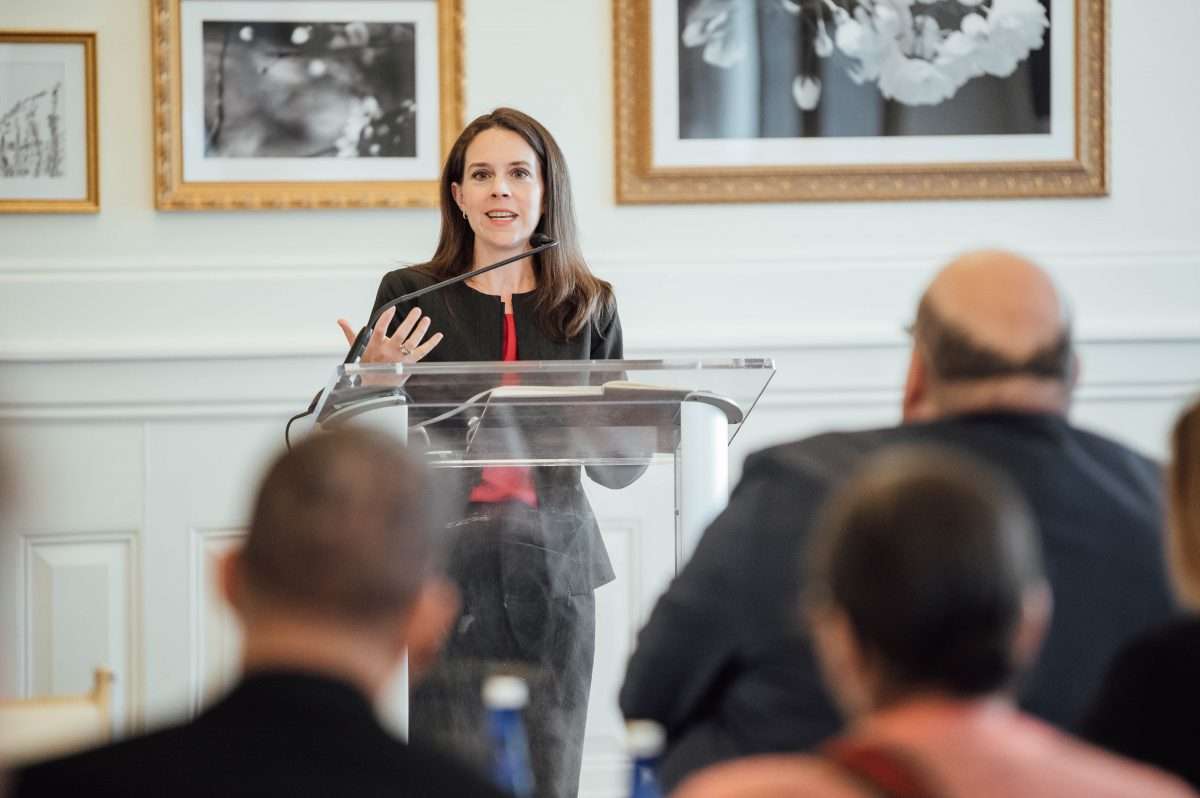 At lunch on Tuesday, summit attendees heard from former Congressman Frank R. Wolf (R-Va.), who spoke passionately against the persecution of Christians and religious minorities worldwide. Wolf urged attendees to investigate these issues thoroughly and advocate for the persecuted Christian church and other violently oppressed groups worldwide.

Wolf spoke on the importance of listening to “the voices and stories of people from Romania, Poland, Hungary, the Soviet Union,” and other countries where Christians have historically been persecuted. The religious persecution and suppression they experienced is beginning to surface in the West, and the church “cannot continue to remain silent.” 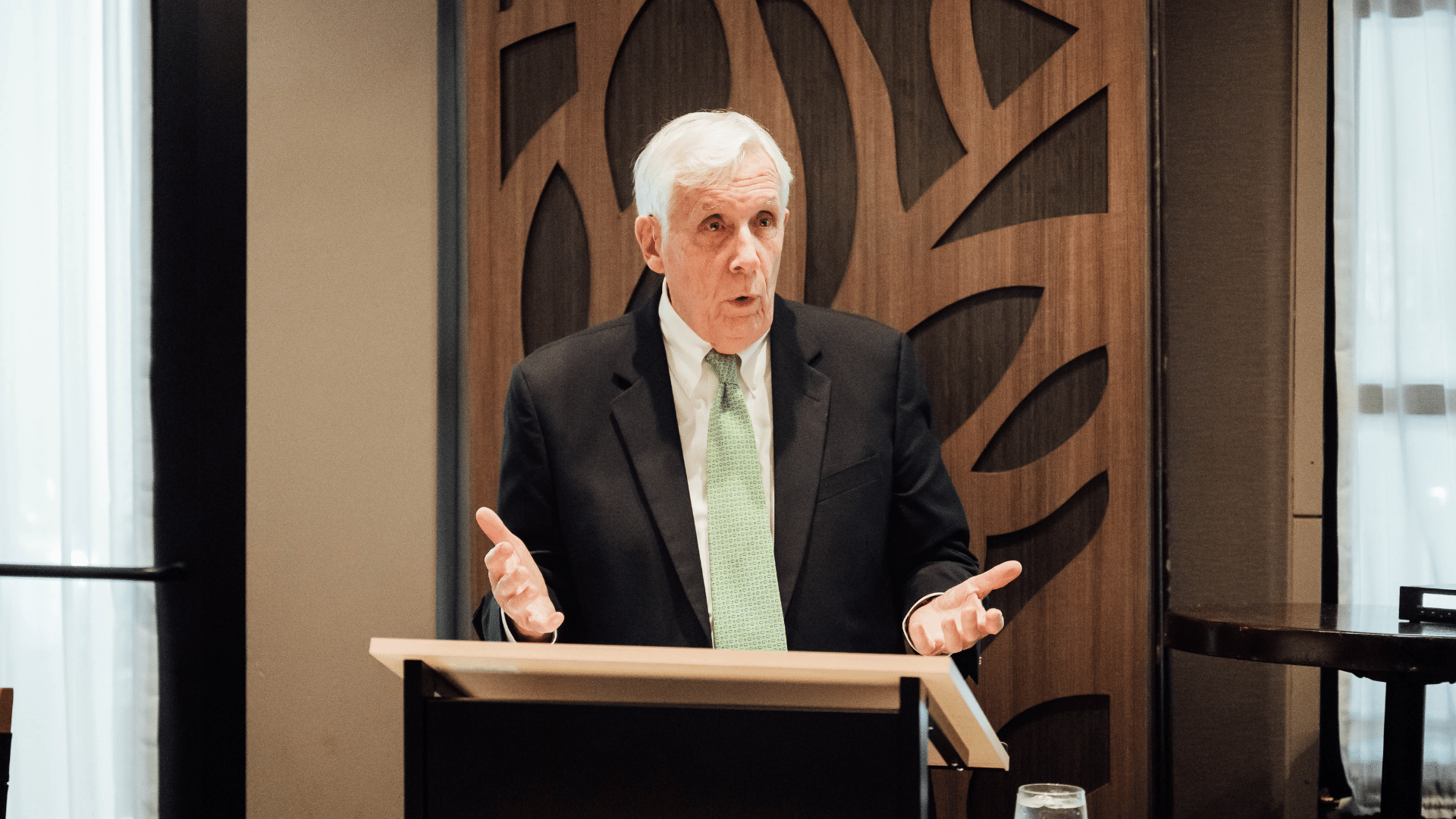 “Those who lived through the plague of the first and second world wars and the missile crisis also believed those horrors were uniquely unsettling,” Rosen said. “Therefore, my faith in American exceptionalism is potent. We will conclude as we always have––stronger and wiser.” 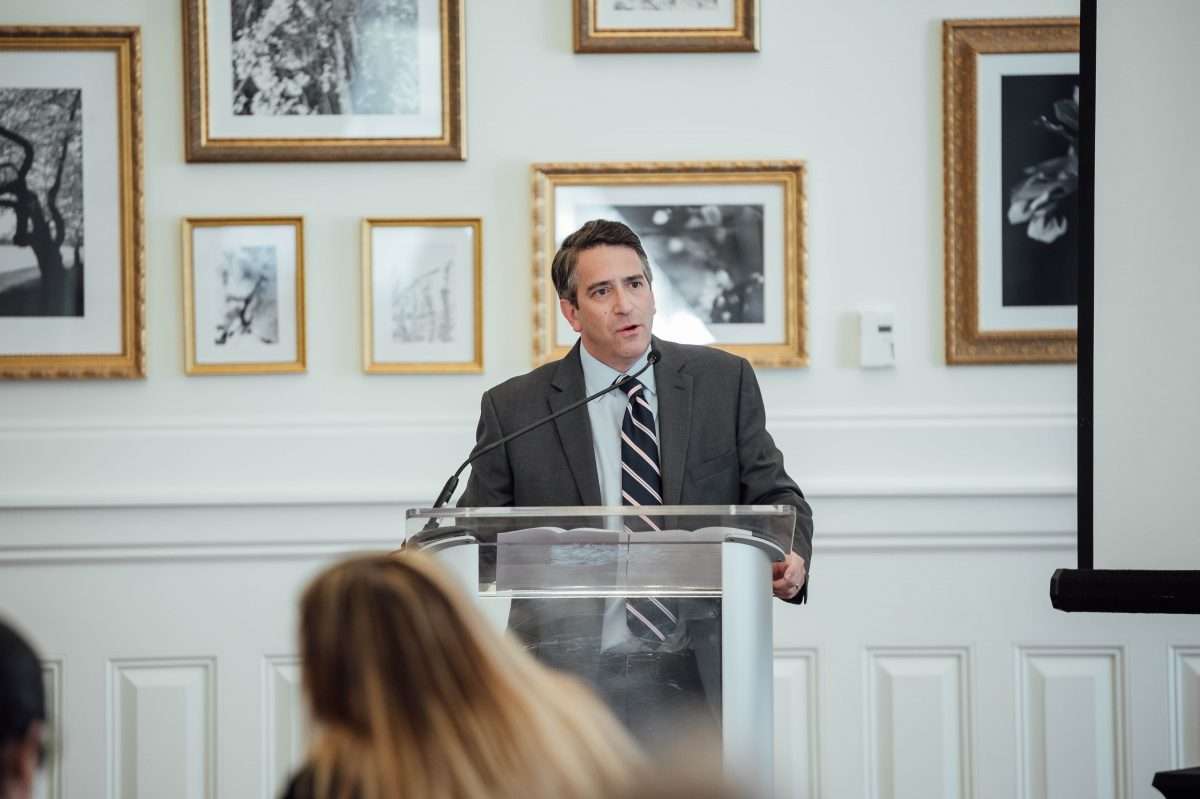 Miller emphasized that the battle for First Amendment freedoms is not limited to legal and legislative outcomes.

“Today, we have a bigger fight happening not only in our government establishments but also in the corporate boardrooms,” Miller said. “The idea of corporate America silencing the Christian message is alarming, and we have several NRB members who are victims of this.”

“In addition to anti-Christian hostility and censorship from government institutions, lawmakers, and Big Tech companies, we also see a war of discouragement, doubt, manipulation, word games, and false characterizations, and it is of utter importance that we as Christian communicators don’t participate in self-censorship,” Garnier said. 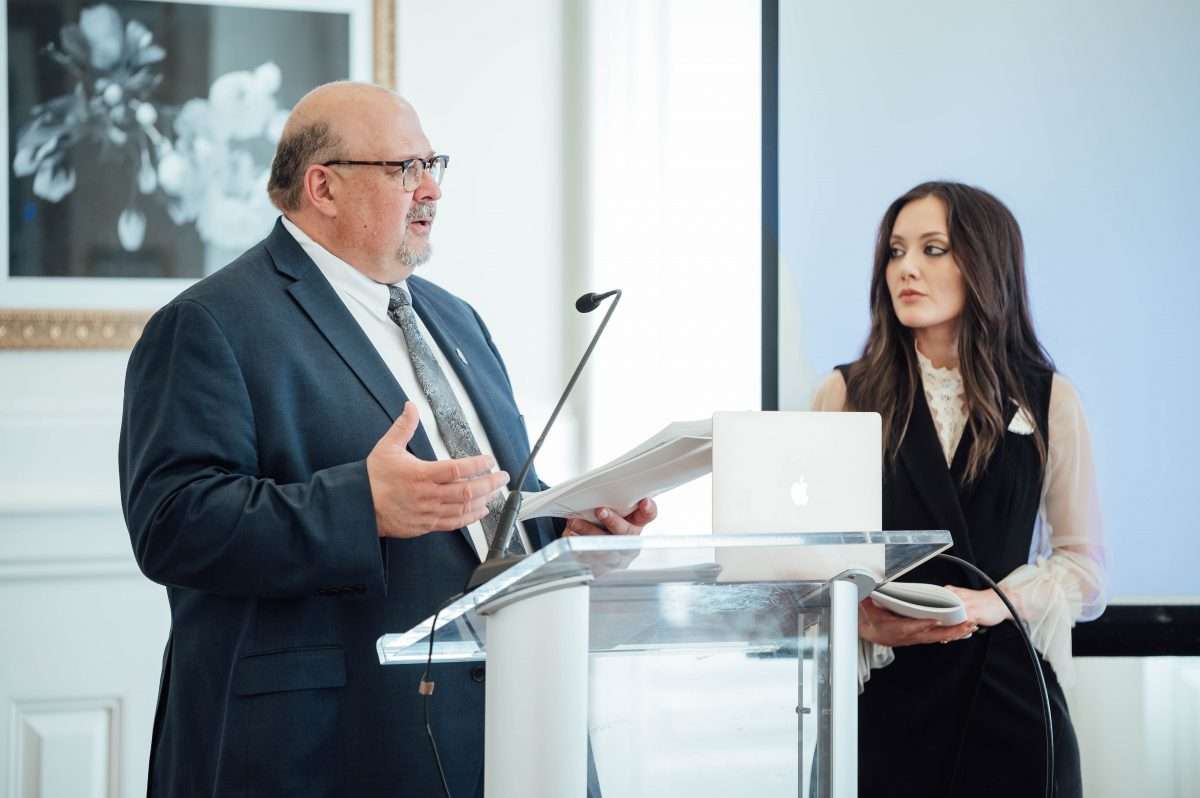 Next, summit participants saw a preview of the documentary “Uncle Tom II: An American Odyssey” with remarks about the film’s significance from Dr. Eric Wallace, co-founder of Freedom’s Journal Institute. 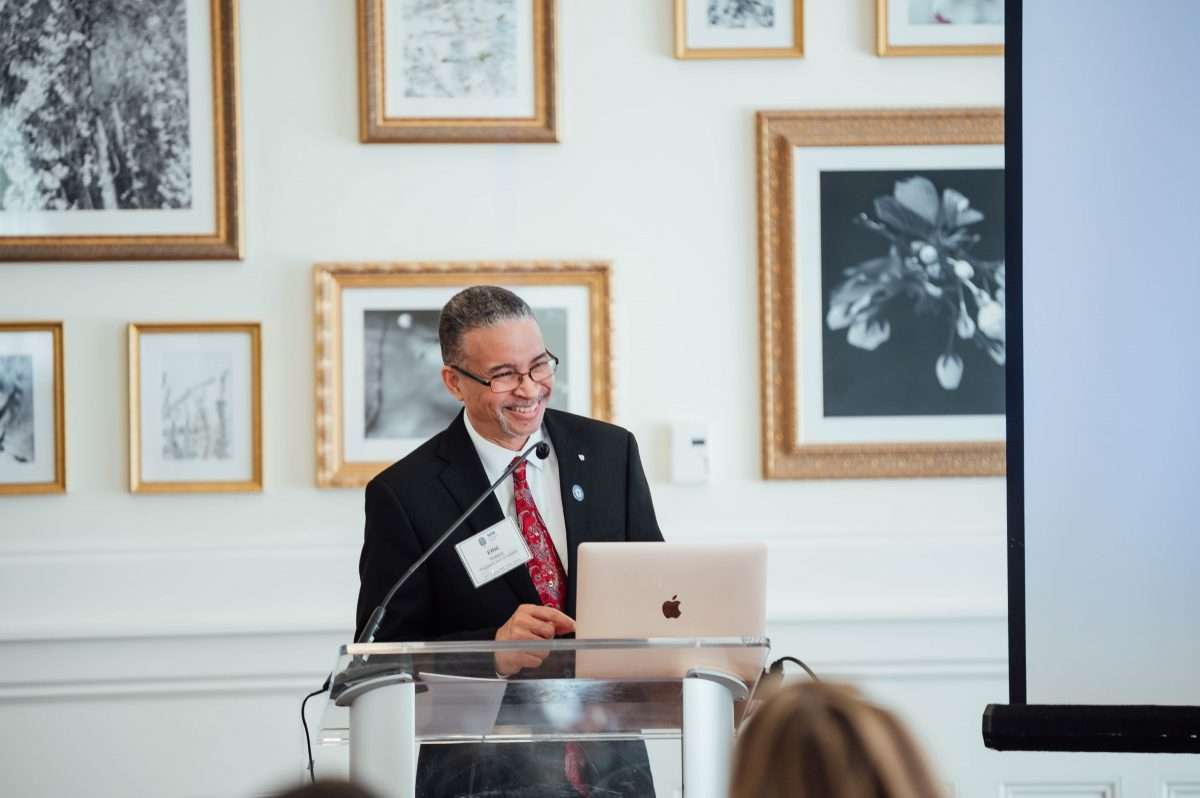 Later that afternoon, attendees heard from another Capitol Hill lawmaker as Rep. Markwayne Mullin (R-Okla.) encouraged attendees to contend for the Christian faith and use their media ministries to speak the truth boldly.

“We end up doing a disservice to those we are ministering to when we abandon truth,” said Mullin. “You are never going to change anything you are willing to tolerate. What are you tolerating for the sake of being comfortable and not offending anybody? It’s time we broadcast and speak the truth.”

Mullin added, “If we are going to heal this nation, we do it off Biblical truths, stepping towards pressure, and in love having those difficult conversations. We can’t have freedom of speech and freedom of religion if we are hesitant to speak the truth in love.” 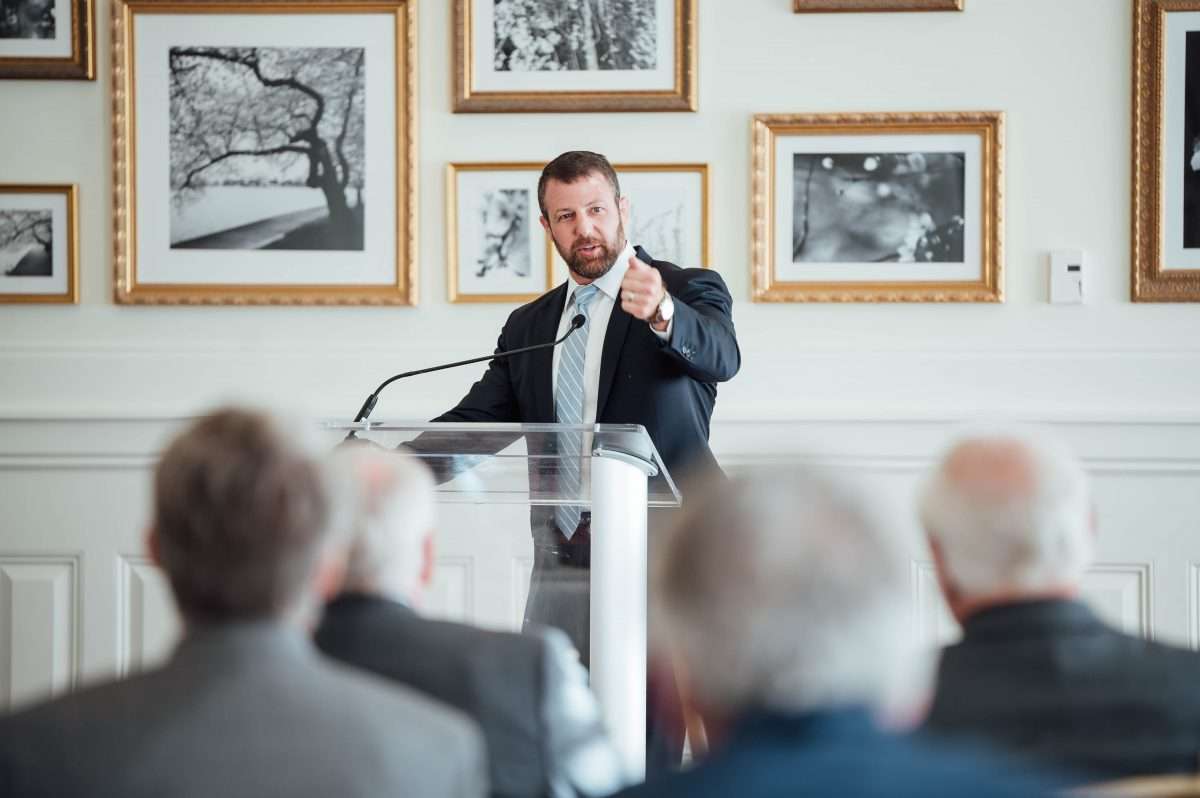 That evening, Rep. Jody Hice (R-Ga.) joined President’s Council members and guests for dinner at the Capitol Hill Club, where he spoke on the grave state of First Amendment freedoms in America and expressed his appreciation for NRB members who continue to broadcast the hope of the Gospel during such a dark chapter. 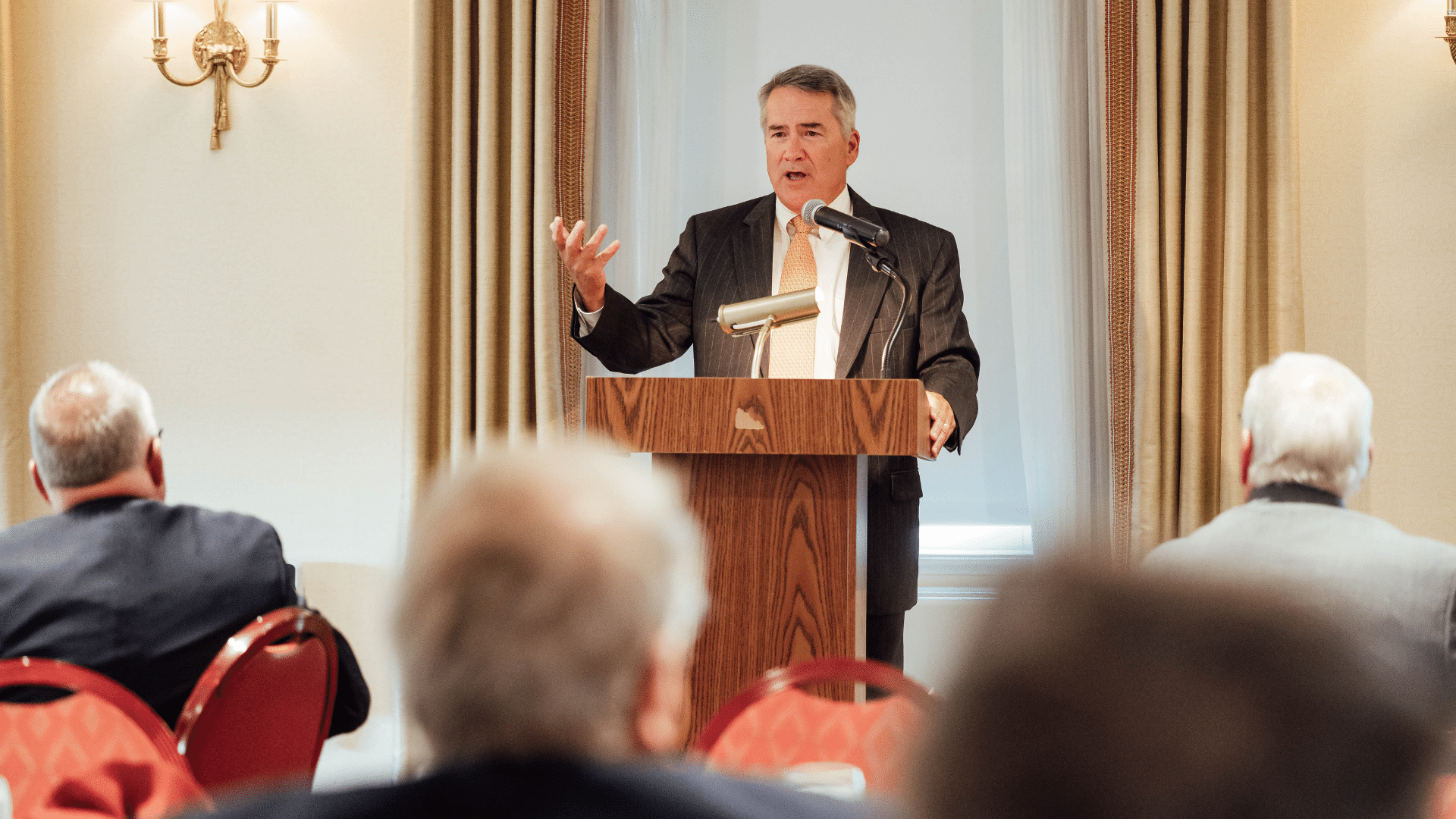 The dinner was sponsored by longtime NRB member and partner, International Christian Embassy Jerusalem (ICEJ), and Dr. Susan Michael, ICEJ USA Director, gave a presentation on ICEJ’s mission, vision, and history. She discussed a series of dinners in 2023 that will celebrate Israel’s 75th anniversary and several sponsorship opportunities for organizations to participate. Established in 1980 in recognition of the biblical significance of Jerusalem and its unique connection with the Jewish people, ICEJ represents millions of Christians, churches, and denominations to the nation and people of Israel. 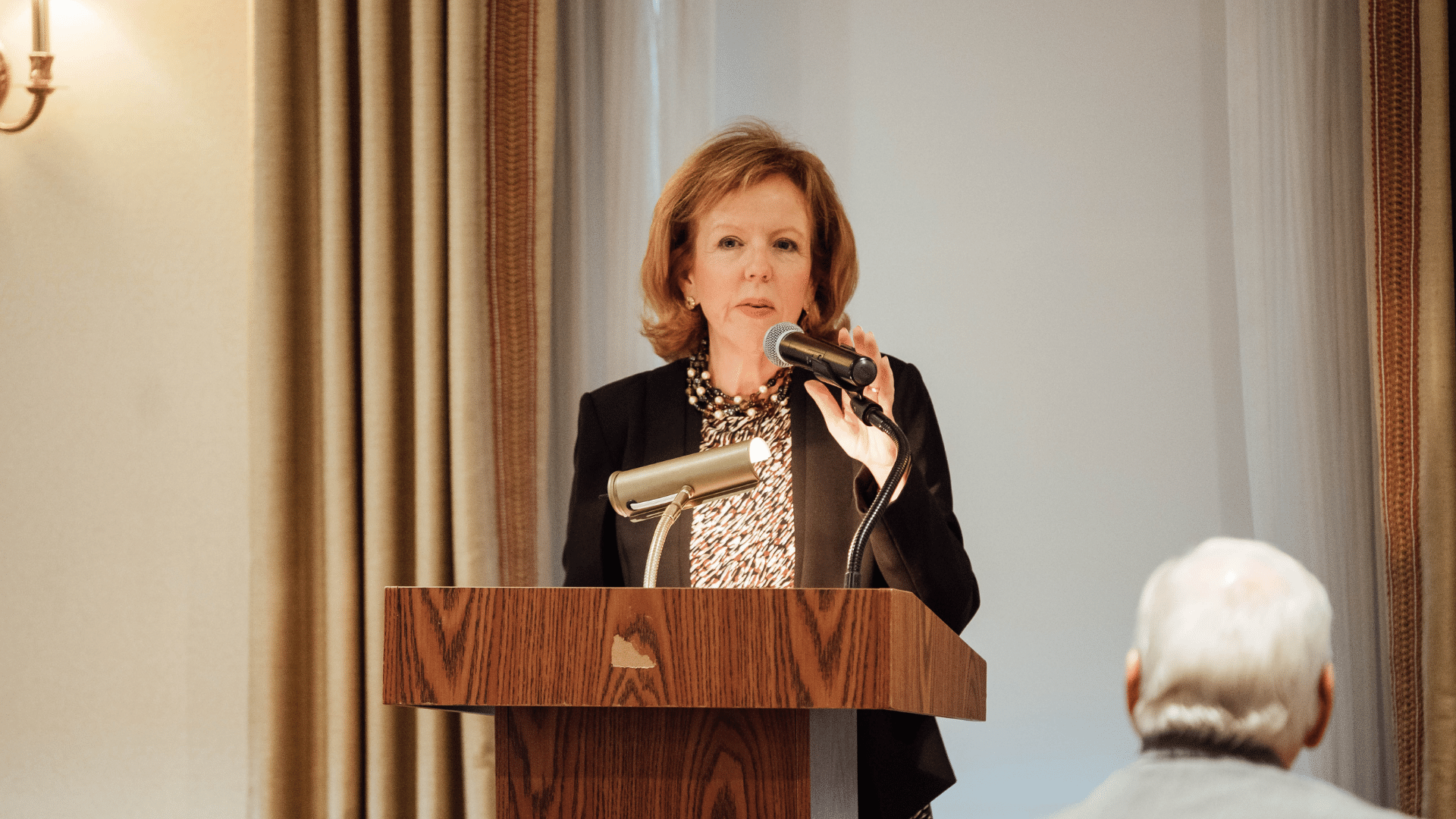 In the final session of the summit, Charlie Hurt, opinion editor of The Washington Times, shared observations from his years of writing and publishing political commentary, comparing the distinctives of well-known leaders and remarking on the uncommon quality of willingness to spend political capital to deliver on promises. Hurt also warned Christian communicators that hostility to their message and their values is no accident.

“Faith is under such hostile attack by the most powerful government ever assembled by man, and there is no way to not view it as purposeful and intentional,” said Hurt. “Evil is intentional in this world, rampant in the government, and the assault on our families and faith is intentional. Therefore, I am deeply grateful for those of you who make it their profession to proclaim and protect the faith.” 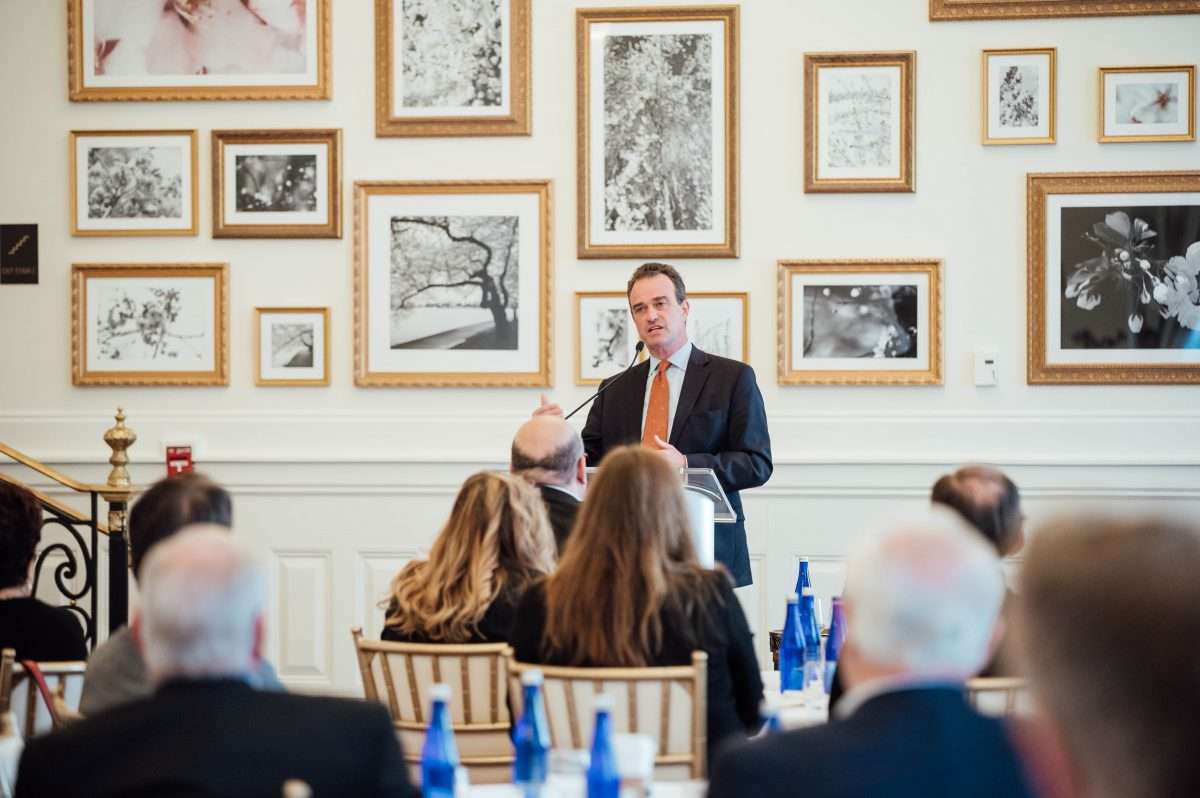 NRB was pleased to welcome President’s Council members and distinguished guests to Washington, D.C., for an engaging and productive 2022 Capitol Hill Media Summit during this busy and exciting time in the Nation’s capital. Through the support of the President’s Council, NRB is advocating for a favorable legal and regulatory environment for broadcasters and taking up the fight for your First Amendment freedoms every day.