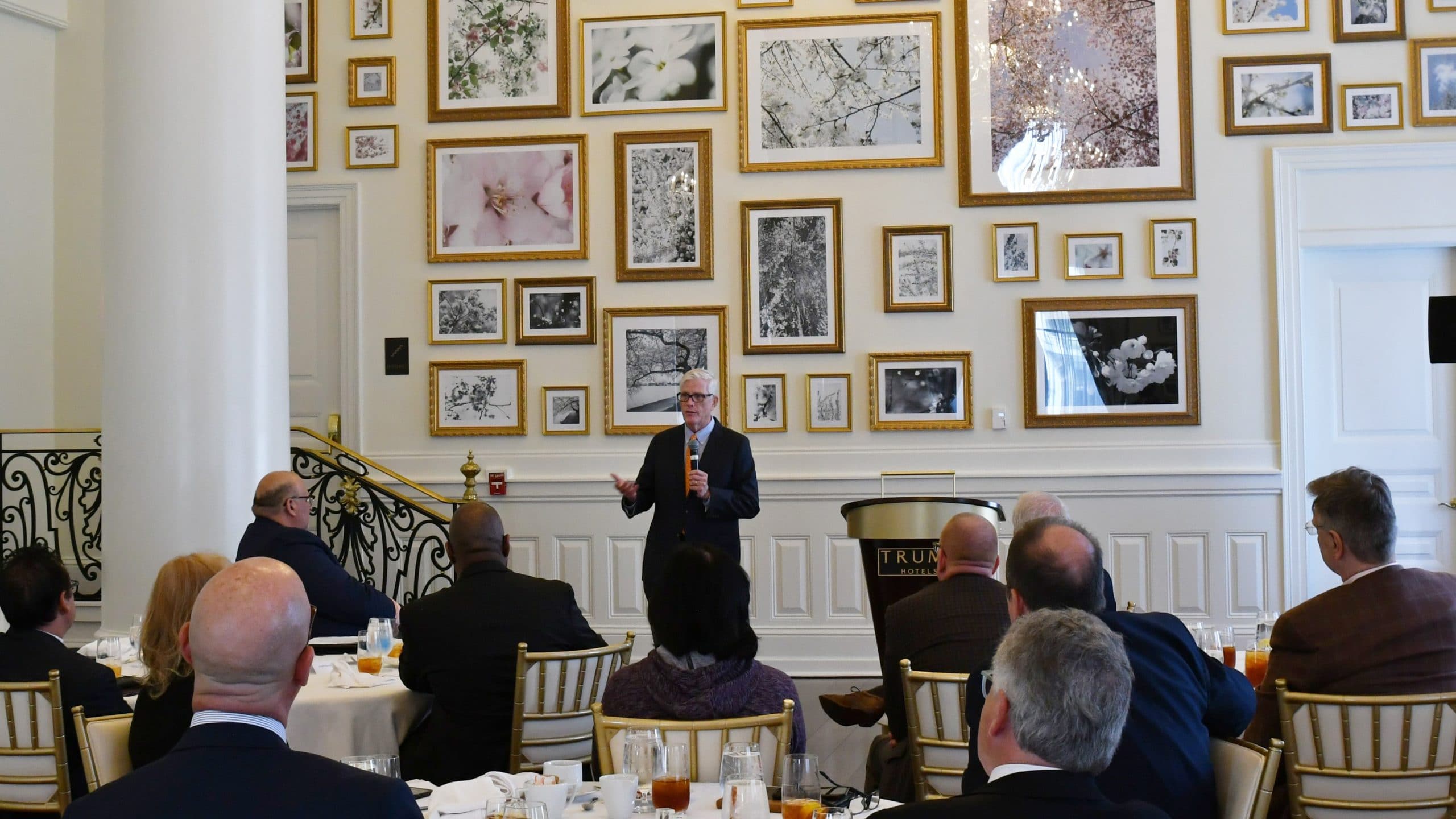 Last week, the NRB executive committee held its quarterly meeting in Washington, D.C., followed by a board of directors’ meeting during which board members provided perspective and insight to help NRB shape its strategic plan.

Following the close of the board meeting on Tuesday, board members were invited to join President’s Council members for dinner to kick off the 2021 Capitol Hill Media Summit. Alliance Defending Freedom (ADF) President & CEO Michael P. Farris, who also serves as first vice chair of NRB’s executive committee, delivered remarks on why he has dedicated his life to speaking out in defense of the freedoms upon which this nation was founded. The dinner was sponsored by the Combat Anti-Semitism Movement, an organization that educates and equips citizens to recognize and fight against modern forms of anti-Semitism.

The following day, Capitol Hill Media Summit attendees heard from Dr. Daniel L. Dreisbach, author, speaker, and American University professor, who discussed one of his recent books, “Reading the Bible with the Founding Fathers,” examining the Bible’s place in the political discourse of the American founding. Following lunch at the Trump International Hotel, Salem radio host Hugh Hewitt spoke, examining the challenges broadcasters face today. The next speaker, Lela Gilbert, Senior Fellow for International Religious Freedom at Family Research Council and a fellow at the Hudson Institute, outlined the horrific persecution our Christian brothers and sisters around the world face each day and what we can do to help. Later in the afternoon, attendees heard from president of American Values, Gary Bauer, as he gave an insightful and challenging perspective on American politics and the current state of our nation.

That evening, before dinner at the Capitol Hill Club, attendees heard from Senator Josh Hawley (R-MO), recipient of the 2021 NRB First Freedoms Award.

“Senator Hawley, we are honored to present you with NRB’s First Freedoms Award,” NRB CEO Troy A. Miller said when presenting the award. “You have steadfastly defended religious liberty each day in your service to the people of this great nation, in particular in keeping all media platforms open for the spread of the Gospel.”

Thursday morning concluded with a time of fellowship and discussion led by Miller and Dr. Frank Wright, NRB Chairman and President & CEO of D. James Kennedy Ministries, about policy issues of importance to NRB members.