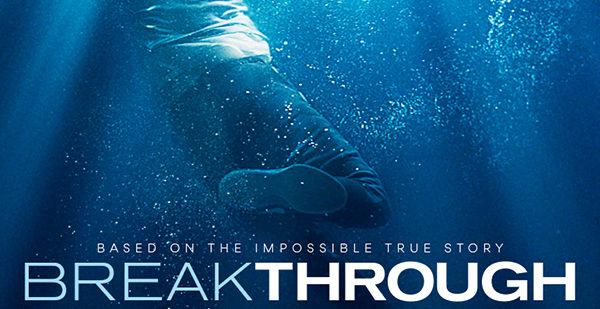 Faith-based flick Breakthrough, which was screened at the 2019 NRB Convention before its April 17 release in theaters, is now available on Digital and 4K Ultra HD, as well as Blu-ray and DVD.

Starring Chrissy Metz, Breakthrough is based on a true story about a teenager who goes into a coma after falling through an icy lake and his mother’s steadfast prayers for his recovery, which rallied a community and resulted in a miracle.

According to producer DeVon Franklin, Breakthrough is the first faith-based film that 20th Century Fox has been involved with “from the ground up.”

Furthermore, Breakthrough is the only film Franklin has ever produced — including The Pursuit of Happyness, The Karate Kid, and Jumping the Broom — that the production company accepted without a pitch.

“God’s had His hand on Breakthrough since the beginning,” he said during the NRB Convention this past March.

Regarding the home entertainment release of Breakthrough, Franklin said it will “showcase some of the incredible footage grabbed on set that we couldn’t include in the theatrical experience.”

“We included deleted scenes and bonus features with never-before-seen footage with cast and crew shot during the film’s production,” he said in a press release.

Breakthrough was the No. 3 film at the box office its opening weekend, eventually drawing more than $50 million worldwide, and continuing the trend of successful stories of faith being told on the big screen.