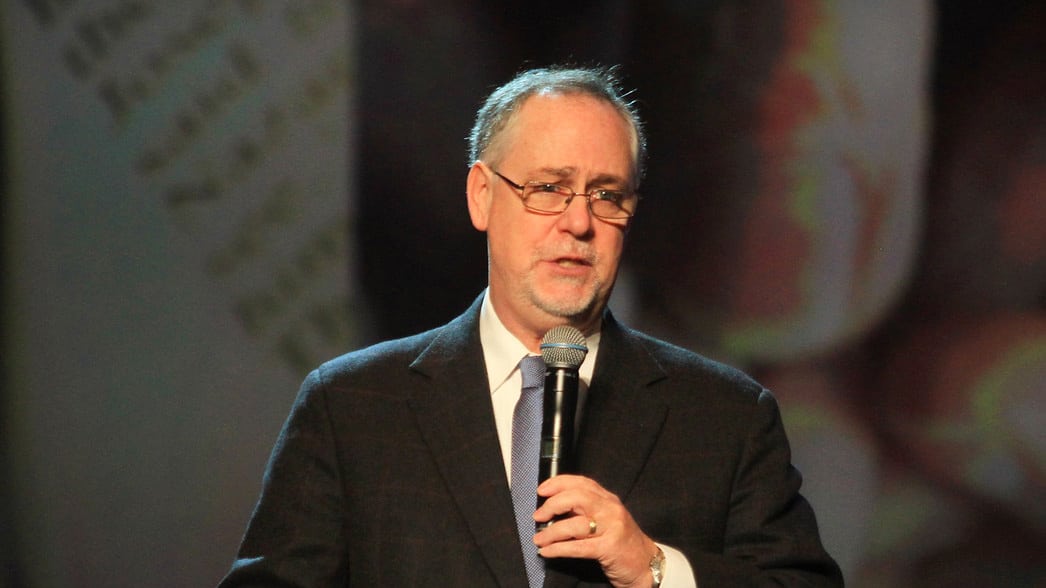 Lepine came to FamilyLife in 1992 after working in local radio for 14 years.

“I don’t think I ever stopped to consider the impact the ministry would have on my life and on my marriage,” Lepine said, reflecting on his time at FamilyLife. “Having the opportunity to be part of deep conversations with so many amazing people, talking about life and relationships and marriage and God week in and week out has marked my life and my family.”

There have been a lot of cultural shifts since FamilyLife debuted in 1992—particularly in regards to marriage, family, gender, and sexuality.

“Of course, what hasn’t changed over these 28 years has been our source for truth—what God has said about the priority of the home and family for human flourishing,” Lepine said. “That’s what we’ve always tried to point people to, regardless of shifting public opinion.”

Over the years, Lepine has seen God use the conversations that he has had on radio over and over again in so many people’s lives.

“You know it’s true—there’s something special about radio that no other media delivers quite so powerfully. The voice I hear every day becomes a friend,” Peggy Campbell, President of Ambassador Advertising said. “In Christian radio the friendship is even deeper. And for many, ‘FamilyLife Today’ listeners (us included!) that’s how we feel about Bob Lepine.”

Lepine’s voice is well-known and well-loved by radio and podcast listeners and by the NRB community. Lepine has served on NRB’s Board of Directors since 2004. He was also on NRB’s Executive Committee from 2007-2017, serving as the First Vice Chairman from 2011-2014.

“In the years when I served on the Executive Committee of the NRB Board of Directors, we drafted and ultimately approved a Declaration of Unity that I was able to play a part in helping to draft,” Lepine said. “I trust the principles found in that document will continue to guide NRB for decades to come.”

As Christian communicators continue to navigate their ever-evolving industries, Lepine said that it’s important to be aware of the increasing opportunities for broader distribution of our message—a message that proclaims the good news of the gospel. Traditional channels of distribution are not going away anytime soon, but Lepine said that Christians should be committed to using every means available to remain on mission.

“Personally and professionally, I have benefitted from being an active part of NRB over the years. The ‘iron sharpening’ that comes from interacting with other people in ministry or media has helped me continue to grow and develop,” Lepine said. “I can think back on specific convention keynote messages and professional development workshops through the years that have stuck with me and helped me.  And the extended network of friends I’ve made thanks to NRB is something I continue to treasure to this day.”

NRB members and NRB convention attendees recognize the integral role Lepine has played in this association and gathering of Christian communicators not only as a speaker or emcee for NRB conventions in 2005, 2008, and 2011-2017 but also as a friend and mentor for these communicators.

“Bob Lepine has served as a model of excellence and integrity in Christian broadcasting. His voice, sense of humor, and leadership have helped provide Christian families with vital, gospel-centered parenting wisdom,” Dan Darling, Senior VP of Communications at NRB said. “And his leadership has opened the door for so many in Christian broadcasting and communications. He leaves an unmatched legacy at FamilyLife Today.”

Listen to Lepine’s farewell week shows on FamilyLife Today and send well wishes to him at CelebrateBob@FamilyLife.com.