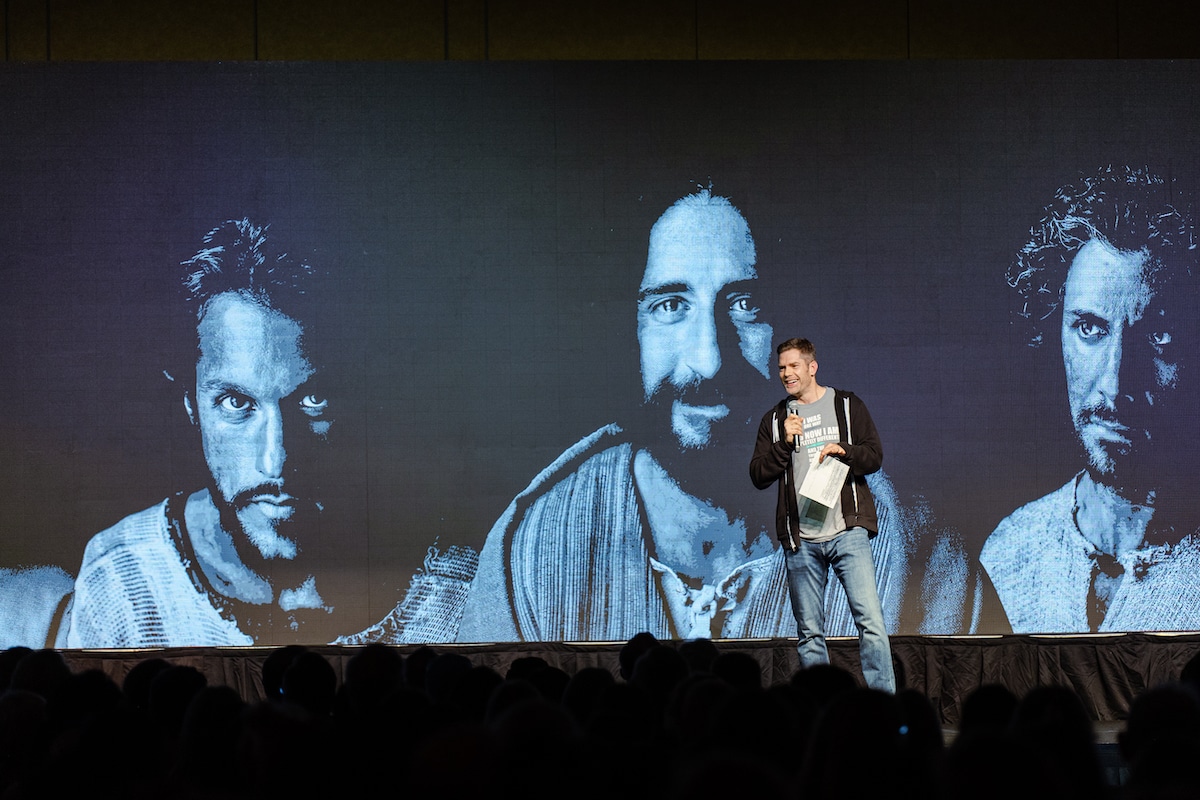 “The Chosen” Hosts Global Premiere of Episode 6 at NRB 2021

GRAPEVINE, Texas (NRB) – On Wednesday night, “The Chosen” hosted the global premiere of Episode 6 of Season Two of the series at NRB 2021, followed by a live Q&A with special guests Jase and Missy Robertson of Duck Dynasty.

“The Chosen” is the first multi-season series based on the life of Jesus Christ and the largest crowd funded media project in history. Currently in its second of seven seasons, “The Chosen” launched in November 2017 and is available to watch for free. Season Two was fully funded by November of 2020 having received $10,000,000 from 125,346 people. Season Three is currently 38% funded.

Derral Eves, Executive Producer of “The Chosen,” believes in the message of the show and is determined to spread its message as far as possible.

“We want one billion people to see the authentic Jesus,” Eves said. “I believe that we can inspire other people to have the values that Jesus Christ taught as we share ‘The Chosen.’”

Eves described “The Chosen” as being uniquely “authentic and intimate.”

“I truly do believe this show has impact, and it has power.” Eves said. “The world needs ‘The Chosen.’ If there’s ever a time that the world needs Jesus, it’s now—and not just Jesus, an authentic Jesus that people can literally connect with.”

Eves introduced Dallas Jenkins, creator and co-writer of “The Chosen,” as having a “heart all in” for “The Chosen,” but most importantly for the advancement of the gospel

“All he wanted to do was make a show for people to see the authentic Jesus,” Eves said. “He’s doing it to build the kingdom.”

Jenkins discussed the overwhelming fan response to “The Chosen.” Tickets for this event were sold out within eight minutes of first being posted. Jenkins and Eves both talked about how far the support has come since the beginning of the show.

“We were here three years ago, and we only had a handful of people in the audience to see the first episode of season one,” Eves said.

Only 120 people were in attendance at “The Chosen’s” session at NRB convention three years ago. This year Jenkins looked out into an ocean of over 1,300 fans in addition to a global livestream audience.

“All I can say is God is good,” Jenkins said. “He’s the God of miracles and this is a miracle.”

Jenkins openly read a message he had received from a fan of the show a few days prior to the event. He said that messages like these were the reason they do the show and make sure it’s free for their audiences. He read the following while trying holding back tears.

“Hi. I’m not sure if anyone will see this, but I wanted you to know that I’ve gotten through most of season one, and I’m planning on binging the entire show in the next two days. I’m very strongly connecting to Mary because of our similar past, and I really think you all did a fantastic job. I’m not a Christian at all, but this show has made me realize that maybe Jesus wasn’t as hateful of a guy as I would like to believe. I’m not planning on switching religions any time soon. I’m pagan. However, we’ll see what happens by the end of this. I think your God would be very pleased by what you all are doing here, and I hope someone sees this because I know that a huge part of your faith is to spread the Word to everyone. And I just want someone to know that you really are successfully guiding an unbeliever invested in the lives of Jesus and his disciples.”

Jenkins said that making the show available for free captures an audience who would never have seen a biblically based show like this otherwise. He likes to consider this as “paying it forward” for the advancement of the gospel. Jenkins said that investment in this show is not simply a monetary one, but rather a kingdom based, soul-winning investment.

After the episode premiere, Jase and Missy Robertson took the stage for a Q&A with Jenkins and his wife Amanda Jenkins, co-author of “What Does It Mean to Be Chosen?: An Interactive Bible Study.”

The Jenkins’ had previously joined the Robertson’s on their 288th episode of their podcast “Unashamed” and discussed the behind the scenes of “The Chosen.”

During the Q&A, Missy discussed how she was the first of the Robertsons to discover “The Chosen” and then shared it with the rest of her family almost immediately after watching the first episode. She shared how the tender moment between Mary and Jesus in episode one of season one made her “lose it.”

“That moment of her realizing who he is and what he can do for her life… It’s not about Mary Magdalene. It’s not about that moment in time,” Missy said. “It’s about us being able to relate to that and understand this isn’t just a nice moment that we got to witness between Jesus and Mary. What you’re trying to say to us is ‘you can have this too.’”

Jase said that “The Chosen” has served as a picture of unity among believers.

“Think about how many differences that we have in our cultures, our paths, mistakes we’ve made, and what we think about this theology and that theology, but God brought us together in Jesus. That was His plan,” Jase said. “That was his scheme of redemption. What you’re watching is God’s scheme of redemption in their lives and ours, and that’s why we’re here.”

Jenkins ended the evening by showing a special interview with Liz Tabish, who plays Mary Magdalene in “The Chosen,” and Ryan Swanson, the head writer of “The Chosen.”

Viewers also watched a sneak peak of episode seven which will release next Wednesday at 8 p.m. ET. A new Chosen merchandise item was also featured and distributed to event attendees—a hat that says “come and see.” These hats and other Chosen merchandise are available on their website. 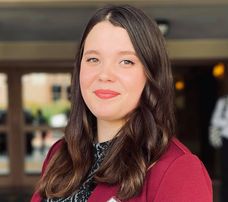 Alex Shipley is a 2021 graduate of Hannibal-LaGrange University. Shipley holds a BA in communication studies from HLGU. While a student at Hannibal-LaGrange, Shipley gained real world experience in the communications industry by working on News Beat, an award winning student produced newscast. News Beat has been recognized by the MBEA (Missouri Broadcast Educators Association) and the NRB (National Religious Broadcasters). Shipley also gained experience by serving as the editor for The Experience, the student magazine on campus and assisting in the public relations office at HLGU. Shipley also completed an internship with the Hannibal Courier Post. Shipley is passionate about writing and church ministry. Shipley is married to her college sweetheart and they serve together in their local church.

Alex Shipley is a 2021 graduate of Hannibal-LaGrange University. Shipley holds a BA in communication studies from HLGU. While a student at Hannibal-LaGrange, Shipley gained real world experience in the communications industry by working on News Beat, an award winning student produced newscast. News Beat has been recognized by the MBEA (Missouri Broadcast Educators Association) and the NRB (National Religious Broadcasters). Shipley also gained experience by serving as the editor for The Experience, the student magazine on campus and assisting in the public relations office at HLGU. Shipley also completed an internship with the Hannibal Courier Post. Shipley is passionate about writing and church ministry. Shipley is married to her college sweetheart and they serve together in their local church.