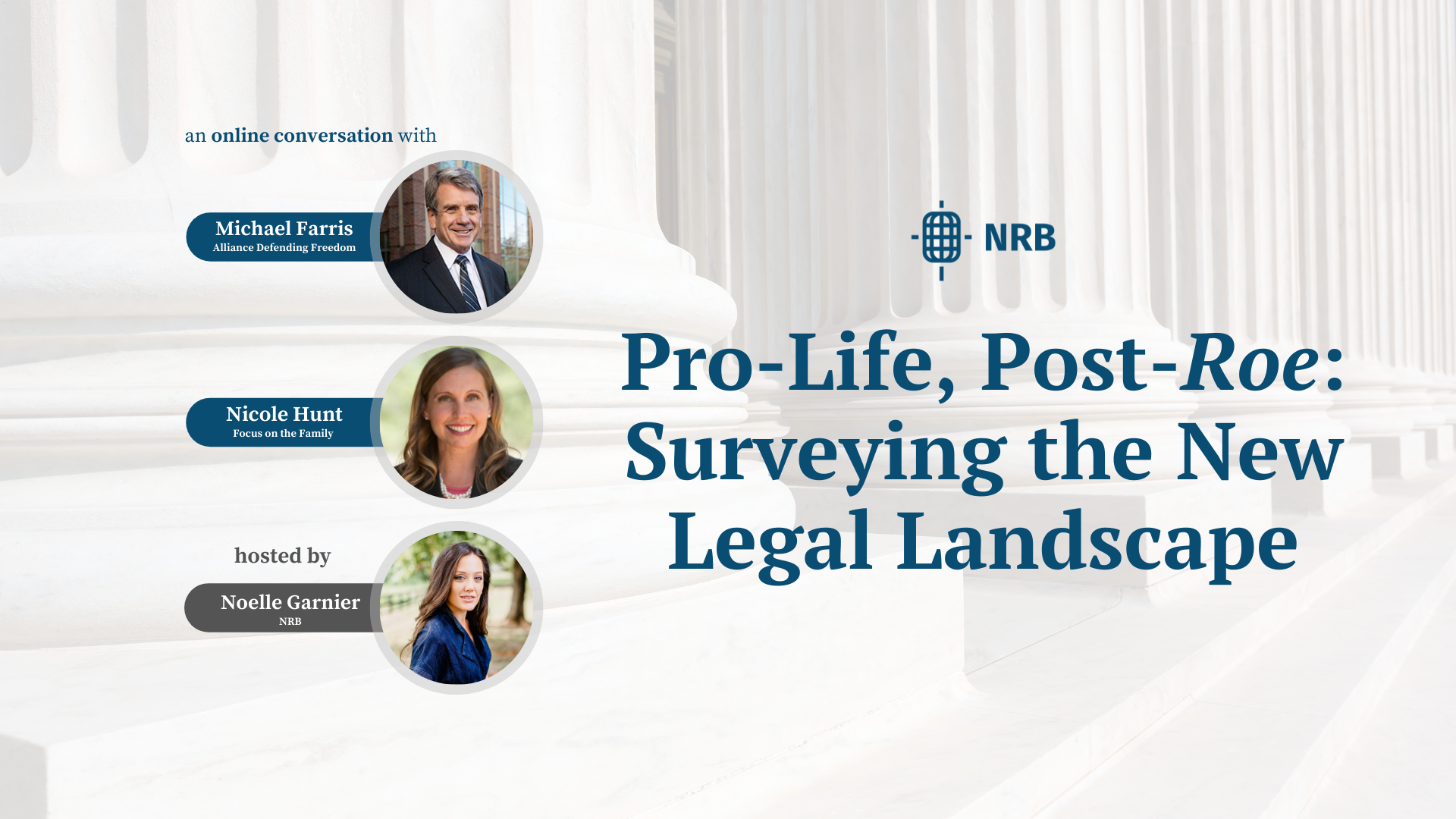 The conversation centered around navigating the new post-Roe legal environment, advocating for pro-life policies on the state level, and communicating the next key messages.

Hunt opened the discussion by emphasizing the importance of citizens getting involved in the fight for life on the state level.

“Instead of one fight for life at the U.S. Supreme Court, we’re actually going to see a fight for life in 50 states and it has already begun,” Hunt commented. Thirteen states have already activated trigger laws designed to protect life in their states and prohibit most abortions.

Farris outlined how flawed the Supreme Court’s 1973 Roe jurisprudence was from the beginning. Describing the “elusive” original justification, Farris remarked that “America had a pro-life policy in place and abortion was illegal at the time of the adoption of the 14th Amendment.” To claim that this amendment outlines a right to abortion, even though it was banned during the drafting of the amendment, is what Farris called “reasoning that cannot stand scrutiny over time.”

Adding to Farris’ analysis, Hunt stated that “there is a clear separation of powers built into the Constitution.” She went on to describe how the Roe court “stepped out of their lane” when they overstepped their boundaries in cultivating a new policy when their role was to simply “interpret the law.”

“The legislature makes the law, the judicial [branch] interprets the law, and the executive branch, they carry out the law. What they did in Roe was they decided they would be the legislators, they would be the policymakers, and they would decide what would be the best policy moving forward. What they did really was unconstitutional,” said Hunt. “Those rights should be reserved to the people and their elected legislators, and that is exactly what was restored when the Dobbs decision came down… The powers are now equaled out again. The Supreme Court doesn’t have the only say over what abortion policy is in America.”

Hunt explained that 26 states have been identified as “will protect life” or “likely to protect life,” but “that doesn’t bar future legal action,” said Hunt. Heavy-hitting pro-abortion organizations such as Planned Parenthood and the American Civil Liberties Union (ACLU) “are specifically targeting those that protect life.” Hunt urged the pro-life movement to stay alert because “anything could happen at the state level” regarding the right to life and abortion law.

Opponents commonly claim that overturning Roe violates what has been erroneously termed “separation of church and state.” Farris objected, “It is not unconstitutional if a law happens to parallel a principle of religious tradition.”

He went on to explain that “the First Amendment says that ‘Congress shall make no law respecting the establishment of religion…’ If someone is making an Establishment Clause claim—which the correct way to say ‘separation of church and state’—you are required to pass a law, and there is no law being passed here.”

Encouraging the pro-life movement in their communications efforts, Hunt called on viewers to “convey what we know to be truth–which is that the sanctity of life ought to be protected and that human life is a human right and it needs to be protected under state law.”

Pro-life advocates should make it as difficult as possible, Hunt added, for pro-abortion lawmakers to push “death legislation.”

“Any pretense that the other side is pro-choice is revealed by their violence against pregnancy centers­–they are just simply pro-death,” said Farris. “Because otherwise they would be indifferent toward the pregnancy centers.” Garnier reminded viewers that resource centers are not “just physical locations, but they are people who are giving of their time and their energy to work around the clock,” and she urged the online audience to pray for their safety and increased opportunity.

NRB member Family Research Council has created an interactive map that outlines pro-life laws in each state, breaking down the policy differences and identifying states that will not protect life under current law. You can find the map here and an issue analysis here.

Focus on the Family, in cooperation with state Family Policy Councils (FPCs), provides access to state-level organizations that invest in the future of America’s families. Learn more about what’s happening in your state and contact your state policy group here. Check out Focus on the Family’s in-depth guide to joining the pro-life movement here.