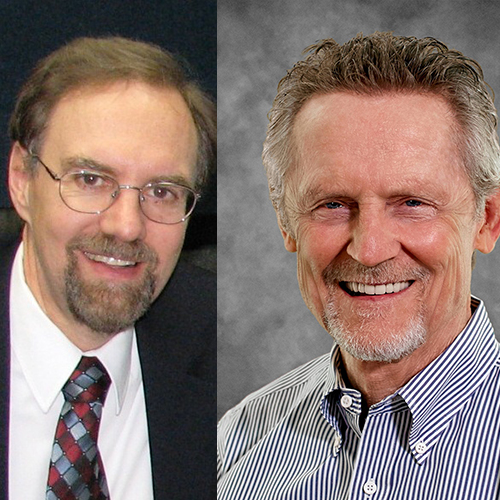 Starting this month, the NRB Music License Committee (NRBMLC) will be led by Bill Blount of Blount Communications and Russell Hauth of Salem Media Group.

Edward Atsinger, who has chaired the NRBMLC for more than three decades, resigned his post November 1 after being elected last month as chairman of the Tennessee-based Radio Music License Committee. Under Atsinger’s leadership, the NRBMLC made great strides in securing more reasonable licensing with ASCAP, BMI and SESAC, reducing fees for the religious broadcasting industry by millions of dollars.

“It’s a privilege to step into this new role at the NRBMLC,” commented Blount, who has been on the NRBMLC board for more than two decades and also served as NRB’s board chairman from 2014 to 2017.

Hauth, who will be co-chairing the NRBMLC with Blount, has also served NRBMLC for many years, and was NRBMLC’s executive director through 2017. In January 2018, Scott Hunter, vice president and senior legal counsel for Salem Media Group, became executive director of NRBMLC.

“The NRBMLC has been, and continues to be, a driving force in the radio industry – both in the Christian teaching/talk and the Christian music formats,” he concluded.

The NRBMLC and its noncommercial counterpart (NRBNMLC) represent participating full-power Christian AM and FM radio stations in the U.S. and its territories in music licensing negotiations. Organized as a standing committee of the National Religious Broadcasters, NRBMLC aims to ensure fair and nondiscriminatory treatment of association members in licensing arrangements with performance rights organizations, including ASCAP, BMI, SESAC, GMR, and SoundExchange. It also helps answer day-to-day license compliance questions.