Explainer: What Does Apple in China Mean for Christians?

For decades Christians of all denominations have been ministering in China, persevering in their efforts to spread the Gospel amidst constant threats of persecution. Many churches gather weekly to corporately pray for the safety and success of those missionaries fulfilling Christ’s mandate to “go into all the world and preach the gospel to all creation.” Most of us have attended church conferences where we have heard the harrowing stories of those who are risking their safety to spread the good news, even where it is illegal to do so.

In 2019, many Christians around the globe were struck by the testimony and bravery exhibited by Pastor Wang Yi who (alongside dozens of other faithful believers) was arrested and sentenced to nine years in prison for operating an illegal church. His congregation had been subject to numerous government raids and surveillance. As religious communities throughout China face further persecution for their commitment to faith, technologies such as encryption and secured communication have become a vital lifeline for the church and ministry, enabling a shepherd and his flock to stay connected as well as to communicate with believers on the outside.

But it is becoming clear that Apple—once thought to be a strong defender of privacy and whose products are a necessary part of a secured technology ecosystem—has in fact created weaknesses that could harm the welfare and wellbeing of religious communities. This week, the New York Times published a revealing report about the way Apple conducts its business in China. It exposed how Apple has compromised their standards and protocols in order to appease the Chinese Communist Party and operate in China.

The crux of the issue centered around this summary of the relationship between China and Apple: “Just as Mr. [Tim] Cook figured out how to make China work for Apple, China is making Apple work for the Chinese government.”

The article goes into detail about how “Apple abandoned the encryption technology it used elsewhere after China would not allow it” and how Apple uses state-run data centers in China rather than data centers operated by Apple itself. The article cites Nicholas Bequelin, Asia director for Amnesty International who said that “Apple has become a cog in the censorship machine that presents a government-controlled version of the internet.”

Although Apple has been long known in the U.S. as a champion for privacy protections and user data integrity, the article tells a contradictory story that in China Apple wittingly leaves users vulnerable to government surveillance and interference. This is particularly hypocritical because in 2015 Apple refused FBI requests to unlock the IPhone owned by the terrorist who perpetrated a mass shooting in San Bernardino. At the time Apple refused to unlock the phone, kicking off a tech policy standoff over privacy, security, and the integrity of devices from U.S. government meddling.

Instead of an asymmetrical global policy of working alongside the Chinese Communist regime while thumbing their nose at authorities in the United States, Apple should strive to embrace a coherent policy towards privacy and security throughout the world—not one that kowtows to totalitarian threats.

AEI Scholar and tech policy expert Klon Kitchen recently wrote a twitter thread summarizing his grave concerns with these revelations. You should read the whole thread, but one particular tweet properly hits the nail on the head. In the tweet, Kitchen said, “Apple executives may sleep better by telling themselves, ‘We’re just complying with Chinese law.’ But that doesn’t comfort the journalists, political dissidents, and religious minorities who are systemically spied on, rounded up, and ‘disappeared’ by the CCP.”

What are the implications for Christians?

Christians around the globe should be alarmed by the story told through the excellent reporting in this article and the subsequent reports of Apple’s reliance on forced labor for Apple products. United States technology is being compromised in order to enable potentially dangerous and harmful activity that undermines our efforts of ministry. As pastors like Wang Ti and others are risking their freedoms and lives to fulfill the Great Commission, they should be able to use technology to minister to others without jeopardizing their flock.

Those of us on the home front should better educate ourselves on the importance of these privacy and encryption measures. Learning how these technologies can keep fellow brothers and sisters in Christ safe. Taking the time to learn how cryptograph, encryption and other privacy measures can be safeguards for sharing sensitive information is vital. Especially as news events and stories can reverberate beyond the tech world and affect our lives as believers and missionaries.

I know the value of this protection on a personal level. When a family member served as a missionary in a nation where proclaiming the truth of Christ was illegal, we relied on encrypted services to maintain connection with her through the duration of her work.

We should learn lessons from our friends, such as broadcasters, who have harnessed new technologies for good. As the radio network Voice of America spread a message of truth and hope through the totalitarian regime of the Soviet Union, we should leverage new technologies to tell an eternal truth in nations where that truth is unlawful to share.

As the public wrestles with these startling revelations, may we as Christians join the chorus of concern, asking the tough and necessary questions about the policy implications of these decisions, particularly in how they affect our friends and family who are ministering to others. 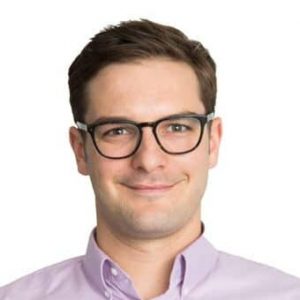 Nathan Leamer is the Vice President of Public Affairs at Targeted Victory. He served the past several years as Policy Advisor to FCC Chairman Ajit Pai. Before working at the Commission, he was a Senior Fellow at the R Street Institute where he managed the institute's government relations and wrote extensively on emerging technology, intellectual property, and privacy. Prior to these roles, he worked as a legislative aide on Capitol Hill.

Nathan Leamer is the Vice President of Public Affairs at Targeted Victory. He served the past several years as Policy Advisor to FCC Chairman Ajit Pai. Before working at the Commission, he was a Senior Fellow at the R Street Institute where he managed the institute's government relations and wrote extensively on emerging technology, intellectual property, and privacy. Prior to these roles, he worked as a legislative aide on Capitol Hill.