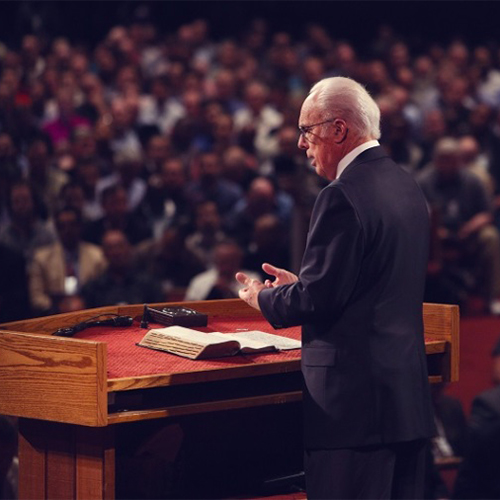 A Los Angeles Superior Court judge sided last week with Pastor John MacArthur and Grace Community Church, agreeing that they are entitled to a full trial on the merits of their challenge to the constitutionality of government shut-down orders against the church and the preliminary injunction issued against them two weeks earlier.

Los Angeles County has sought to shut down the church and hold MacArthur in contempt, but attorneys for the church and pastor argued that a final determination on the constitutionality of the orders must occur before the county can seek contempt against MacArthur for merely holding church.

Judge Mitchell L. Beckloff, during the September 24 hearing, indicated that he agreed there are serious constitutional concerns that have not been fully tried, and he reiterated that his September 10 ruling on the preliminary injunction was not a decision on the merits regarding the constitutionality of those orders. Because a contempt hearing is a quasi-criminal proceeding, Beckloff agreed that MacArthur and Grace Community Church are entitled to constitutional protections at any such trial.

“This is significant because no person can or should be held in contempt of a constitutionally invalid order,” explained Jenna Ellis, Special Counsel for the Thomas More Society and one of the attorneys representing MacArthur and his church.

“Los Angeles County continues to presume that its order is valid, with utter disregard for First Amendment protections,” she said in a released statement. “It’s tyranny to even suggest that a government action cannot be challenged and must be obeyed without question. This case goes to the heart of what our founders designed for the purpose of legitimate government—not to be above the rule of law. Pastor MacArthur is simply holding church, which is clearly his constitutionally protected right in this country.”

Grace Community Church resumed onsite worship services starting from July 26, and has continued holding them each week even after the Los Angeles Superior Court issued the preliminary injunction prohibiting them from “conducting, participating in, or attending any indoor worship services” and also placing restrictions on outdoor worship.

“We are holding church. The Lord Jesus requires us to meet together and we will continue to do that because we are commanded to and because it is our right,” said MacArthur in a released statement.

Because of California’s shut-down orders, the contempt trial is not expected to take place until early next year. The court scheduled a hearing before Beckloff on November 13, 2020, to consider the scope of the challenge to the validity of the preliminary injunction order for purposes of the contempt trial, which Thomas More Society attorneys say should follow a full trial on the merits.

“I’m very grateful to Judge Beckloff for providing full due process and recognizing the importance of these constitutional protections,” said MacArthur. “The reality is that the county cannot show that their order is even rational, much less necessary. They have also applied their orders arbitrarily and discriminatorily against churches and we enjoy a heightened protection in America to hold church.