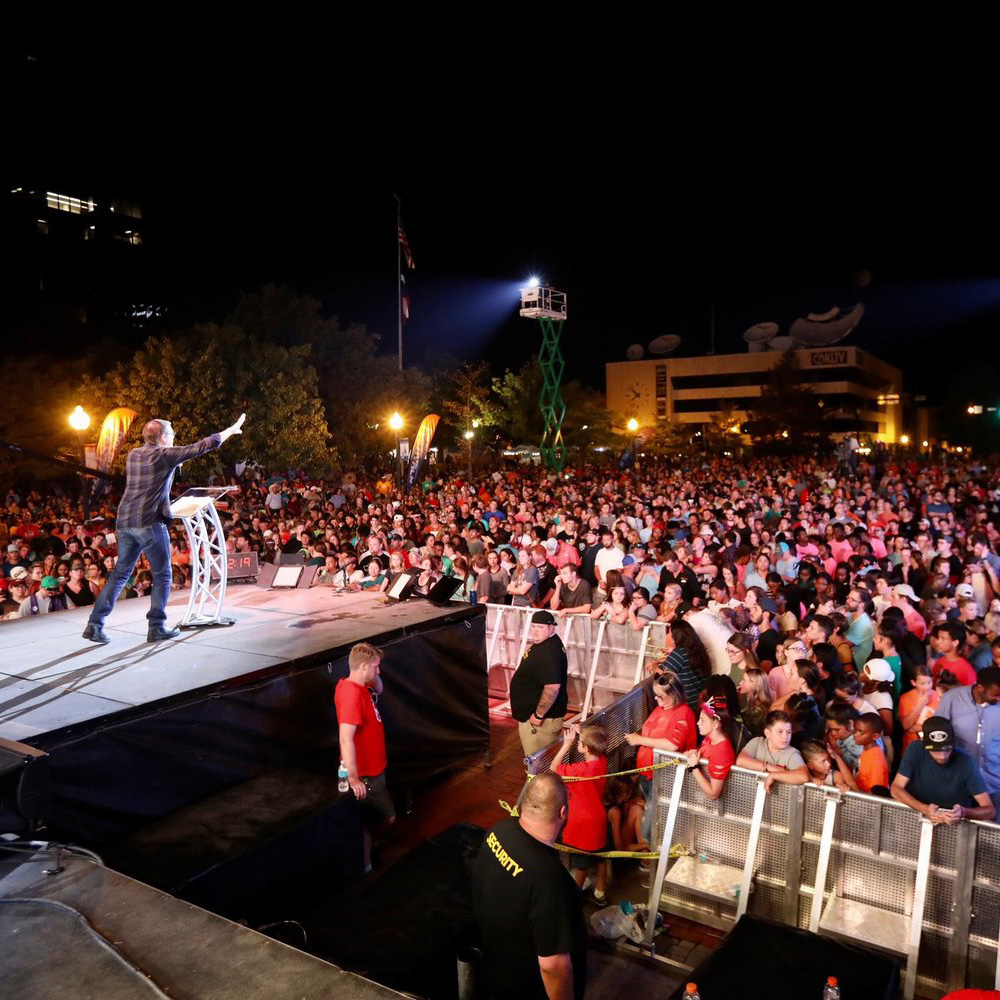 “We want everyone to know that God is real and He is good,” he continued. “He loves you. He wants the best for you. He sent His son to die for you so that you may have life, and life in abundance! There’s nothing more important or life-changing that we can share with the world than the Good News of Jesus Christ – that He loves you, died for you, rose again for you, and wants a relationship with you. That is what CityFest East Texas is all about.”

According to the Palau Association, many notable East Texas leaders put their names and energy behind CityFest. In addition to the 405 partnering churches, business leaders Elam Swann, Rocky Gil, and Mike Tidwell acted as the co-chairs for the campaign. Tyler Mayor Martin Heines was also involved in the effort. Heines joined Palau on stage the first night of the festival, noting that “this is the largest crowd we’ve ever had in the square downtown.”

This month’s event marked 24 years since the Palau Association first visited Tyler. The first campaign in 1995 was led by Palau’s father, evangelist Luis Palau, and established many long-term relationships within the community. Many of the churches and leaders involved in CityFest were also involved in the 1995 campaign and were the initiators for this new effort to reach the next generation with a message of hope.