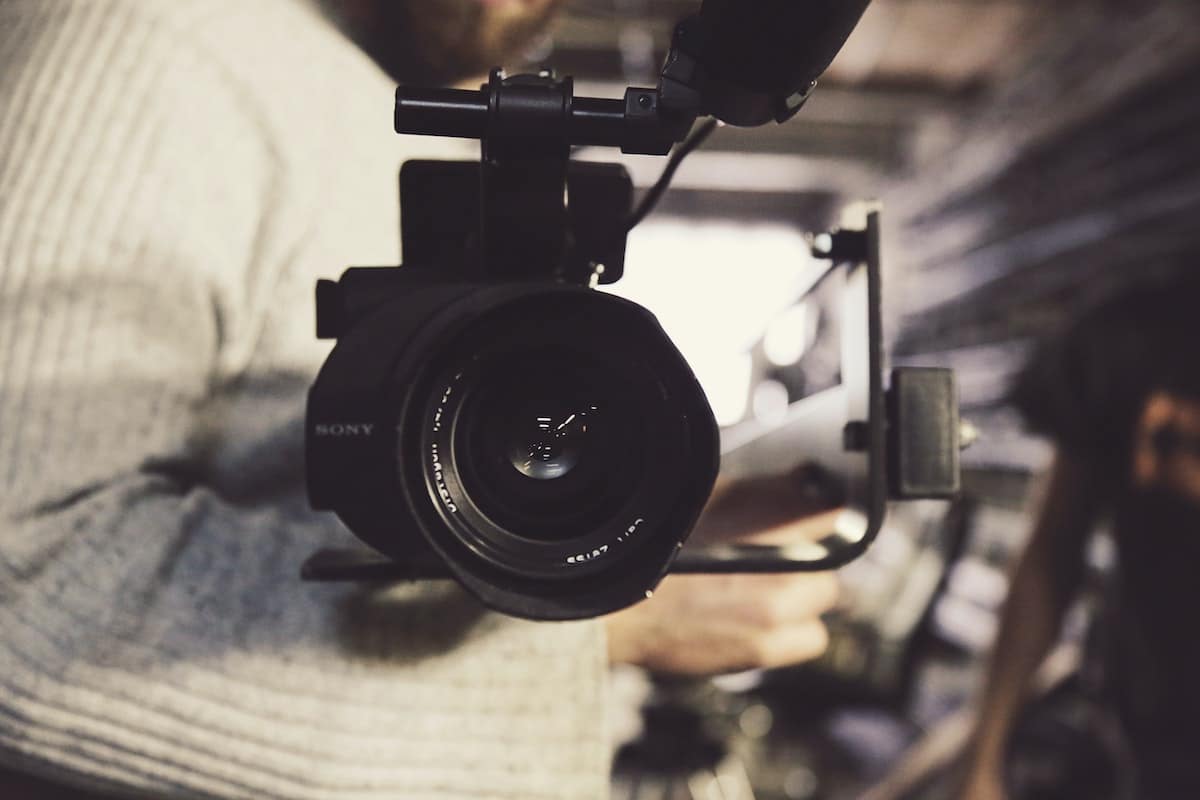 The Intercollegiate National Religious Broadcasters (iNRB) is committed to promoting excellence, integrity and networking opportunities in media. The iNRB seeks to provide a forum where members can network together to share ideas and goals.

This year’s award winners were recognized at a virtual award ceremony during NRB 2021 in June.

Dillon Dildine from Hannibal-LaGrange University won first place for his commercial, “Holstrength Gym Wear.” This thirty second commercial is for a faith-based brand of gym clothing called Holstrength. The company seeks to provide a clothing line that promotes faith and fitness, and the commercial is designed to create brand awareness.

Clark won second place for his promo “Theater Louisiana College Promo.” Clark’s goal with this short news package concerning a theatrical production at Louisiana College is “to share the news that Christians can be involved in the arts and theater.” Clark said that it is important for the world to see Christians represented in the arts without conforming to false doctrines or teaching.

Alex Shipley and Emma Anderson from Hannibal-LaGrange University placed third for their PSA, “Eryka’s Testimony – Kairos Hope Ministry.” In this video, Eryka Mabus, the executive director of Kairos Hope, a non-profit Christian residential recovery home, shares her experiences of sexual abuse, attempted suicide, and eventual recovery in Christ. Shipley and Anderson said that their goal with this video was “to show that women who have experienced trauma such as this can find healing, joy, and purpose not only at Kairos and other recovery homes, but also in Christ.”

Charlie Pamplin, Noakes, and Aaron Quartemont from Louisiana College won second with for their newscast, “Wildcat Chat.” This long form newscast is meant to recap the Fall 2020 semester.

Kylei Cornelison and Pamplin from Louisiana College placed third for their newscast, “Wildcat Minute.” This short form newscast is meant to inform college students about upcoming events as it promotes Christian community among the student body.

Shipley won first place with her news package, “Ray Harvey Mural.” This package is about a Missouri muralist, Ray Harvey, who has printed over eleven murals in Hannibal, Missouri. This story covers a recent commission that he worked on and tell of how the town of Hannibal is thriving because of Harvey’s art. It showcases how God brings beauty to his creation through the gifts he gives people.

Anderson won second place with her news package, “HLGU Nursing Students Return to the Classroom.” The nursing department at Hannibal-LaGrange University felt the magnitude of having to move classes online due to COVID-19. In a hands-on profession such as nursing, it is vital for students to receive hands-on learning and experience. This entry highlights a department that is striving to give its students the best possible learning experience.

Shipley also placed third with her news package, “IzzyStrong PKG.” This is the story of 10-year-old Izzy Bergthold who collapsed from heart failure on the gym floor before her basketball game. Shipley said that she hopes that this story not only demonstrates the importance of AEDs and those who know how to use them but also the hope that God provides even during scary situations.

Kamey Tyler from Hannibal-LaGrange University won first place in this category with her “United Way Evening Honoring Heroes” production. This video served as a virtual celebration for the United Way as a way of honoring people in the community who served as heroes during the COVID-19 pandemic. It features ordinary people who helped serve others during a difficult time.

The Hannibal-LaGrange Student PR Team won second place for their production of the HLGU Virtual Graduation. Public relations students at Hannibal-LaGrange University were tasked with producing a virtual graduation for May 2020 graduates after its traditional ceremony was postponed due to COVID-19. This video was produced during a time of remote learning, and each member of the student team was responsible for crafting their section of the video from home.

Noakes and Thomas Hodge from Louisiana College won first place in this category for their production of the C3 Conference.

Emily Porter from Bob Jones University won first place for her documentary, “Behind the Scenes: A Tale of Two Cities.” This is a behind-the-scenes look at the making of the music for “A Tale of Two Cities, The Musical.” It follows Michael Moore as he walks viewers through the process of directing an orchestra during the COVID-19 pandemic, calling attention to the unseen heroes of the production.

Marshall Hammer from Bob Jones University won second place for his documentary, “Building a Family.” This documentary focuses on the way that the Bob Jones cinematic arts center building cultivates relationships by bringing people together in one space. Hammer said that he wanted to give people a glimpse into the world that so many students at the university are unaware of.

Anna Sherwin also from Bob Jones University placed third for her documentary, “One of the Blessed.” This documentary tells the story of a mother whose child was in the NICU. Sherwin said that she wanted to tell the story from the angle of seeing that God’s hand is in everything and that he is in control.

Porter also won first place for her film, “Sophia.” This is a short film about accountability. Everyone has a choice to give up their sins and repent. Without repentance, the consequences to sin are dire. Porter said that through this film she wants people to see the severity of that choice.

Daniel Quigley won second place with his film “Find Me.” The film is about a woman who finds herself in a lost and found that holds everything that’s ever been lost. She must discover why she is there and what she has lost. Quigley said that his goal was to tell a dramatic and emotionally compelling narrative that engrosses an audience and pushes them to love their siblings.

Kyle West from Bob Jones University placed third with his film, “Paper Jam.” This is a romantic comedy that shows the biblical concept of reconciliation and forgiveness.

Hammer also won first place for his music video “BJU Grass.” This video is a performance by the band “BJU Grass” and will give anyone who grew up listening to bluegrass a small taste of home.

Typically, iNRB runs 24-hour film, new, and audio challenges on-location during the NRB Convention. This year with changes due to the COVID-19 pandemic, these challenges were hosted virtually. The entries are judged by professionals from the areas of Film, Radio, and Television. The 2021 winners are as follows: