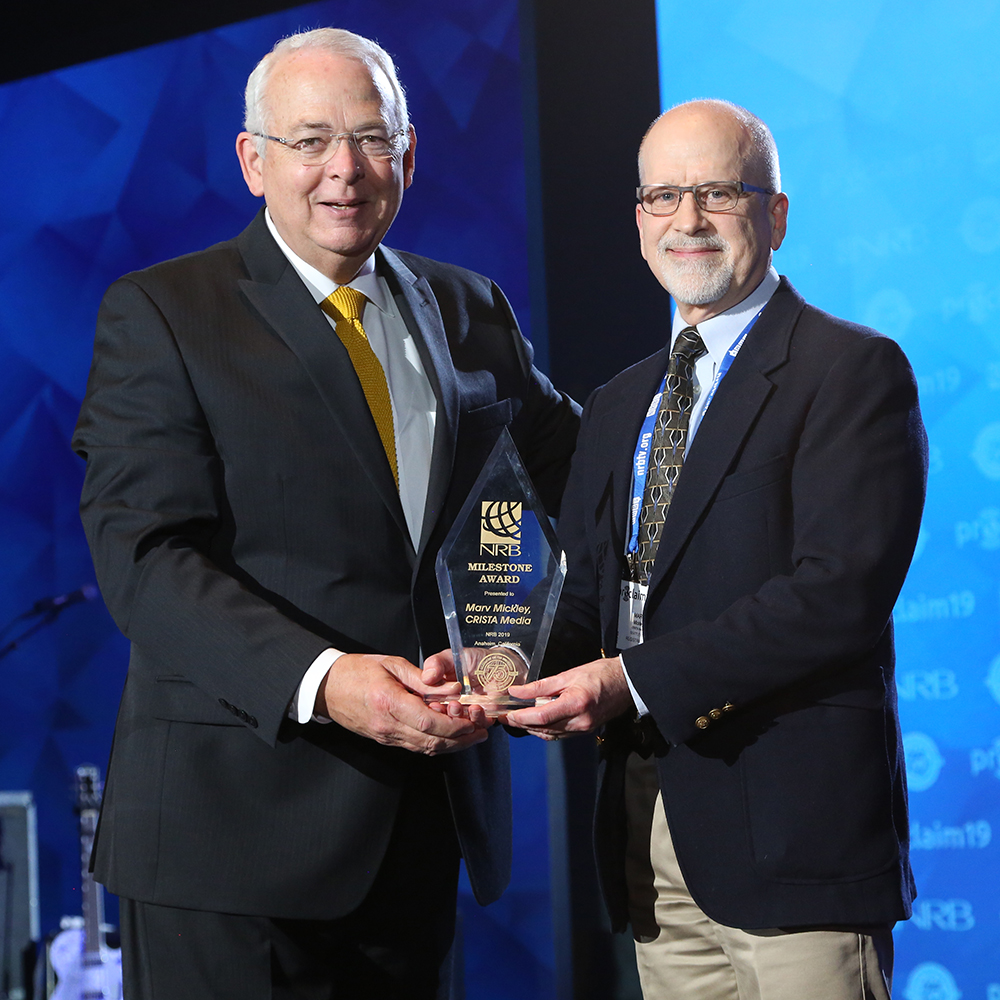 “Since 1954, CRISTA Media has been providing encouragement and hope through uplifting music and messages. And for five of the past six-and-a-half decades, Marv Mickley has been part of that,” said Troy Miller, executive vice president and COO of NRB. “We are thankful for his long-time service to the Lord, and we’re happy to honor him with the Milestone Award in recognition of that.”

Mickley began his broadcast career at KGDN back in 1969, moved up the ranks to become program director in the 1970s and pioneered a new station for CRISTA in the early 1980s – KLYN in Bellingham (Reaching into Canada), where he was GM for many years.  Mickley continues as the on-air donor strategy manager for all CRISTA Media stations to this day.  There are many milestone moments in Mickley's long career, including the beginnings of many well-known teaching programs, such as Focus on the Family and Insight for Living. He has served faithfully to the Lord at CRISTA Media for 50 years.

The Milestone Award was one of 20 awards that were presented during Proclaim 19, which took place March 26-March 29, at the Anaheim Convention Center in Anaheim. For the complete list of 2019 award recipients, click here.