HOME > NEWSROOM > PRESS CENTER > Kay Arthur to Speak at “Israel: Hope in a Region of Crisis” Session During Proclaim 16

Kay Arthur to Speak at “Israel: Hope in a Region of Crisis” Session During Proclaim 16 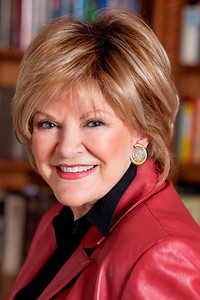 Nashville, TN – As the entire Middle East is being dramatically shaken and undergoing historic changes, there is one place of stability — the state of Israel. Nevertheless, Israel faces a relentless campaign of misinformation that requires a robust response and educational programming.

During Proclaim 16, the NRB International Christian Media Convention in Nashville, TN, there will be a session on Thursday, February 25, titled “Israel: Hope in a Region of Crisis” that will feature Kay Arthur, CEO Emeritus of Precept Ministries International.

“NRB is proud to present this very special session, and thankful to the International Christian Embassy Jerusalem for bringing together a fine panel of speakers, including longtime NRB member Kay Arthur,” commented NRB President & CEO Dr. Jerry A. Johnson. “Kay has been such a blessing to NRB and to countless people throughout the world. She and the other speakers at this session will give Christian broadcasters a better understanding of these issues and of what God is doing in the midst of it all.”

Kay Arthur and her husband, Jack, founded Precept Ministries International in 1970. It has become a worldwide outreach to men, women, and children with Inductive Bible Study training and classes in nearly 185 countries and 70 languages.

Kay has written 100+ books and Bible studies, four of which received the Gold Medallion Award. More than 90 million people have been touched through Kay’s teaching programs, Precepts for Life and Precepts from God’s Word, which have been aired on nearly 1,000 radio and television stations worldwide. Kay received the National Religious Broadcasters’ prestigious Hall of Fame Award in 2011. She also won the association’s Best Television Teaching Program award in 2004 and 2009 for the half-hour program Precepts For Life. She holds an Honorary Doctorate of Humane Letters from Tennessee Temple University.

The annual NRB International Christian Media Convention is the largest nationally and internationally recognized event dedicated solely to assist those in the field of Christian communications. The dynamic Exposition consists of around 200 companies and is an active marketplace for those seeking tools and services to expand their organizations. Also on the Expo floor in 2016 will be an interactive exhibit presented by Museum of the Bible that chronicles the remarkable history of the Bible, from its transmission and translation to its impact and controversies. The upcoming Convention, Proclaim 16, will be held at the Gaylord Opryland Resort and Convention Center in Nashville, TN, February 23-26, 2016. The NRB Digital Media Summit, a pre-Convention event, will be held on February 22, 2016. Other summits that will take place during the week of Proclaim 16 include the Radio Summit, TV Summit, Church Media Summit, International Summit, Film & Entertainment Summit, and Donor Development Summit. There will also be a special Pastors Track. For more information, go to www.nrbconvention.org.