Nashville, TN -- Christian broadcasters have a devoted following, with about two-thirds of weekly churchgoers and evangelicals saying they tune in to Christian radio and television on a regular basis.

Christian books have a similar use by churchgoers and evangelicals and Christian movies remain popular, with about 4 in 10 Americans having seen one in the last year. 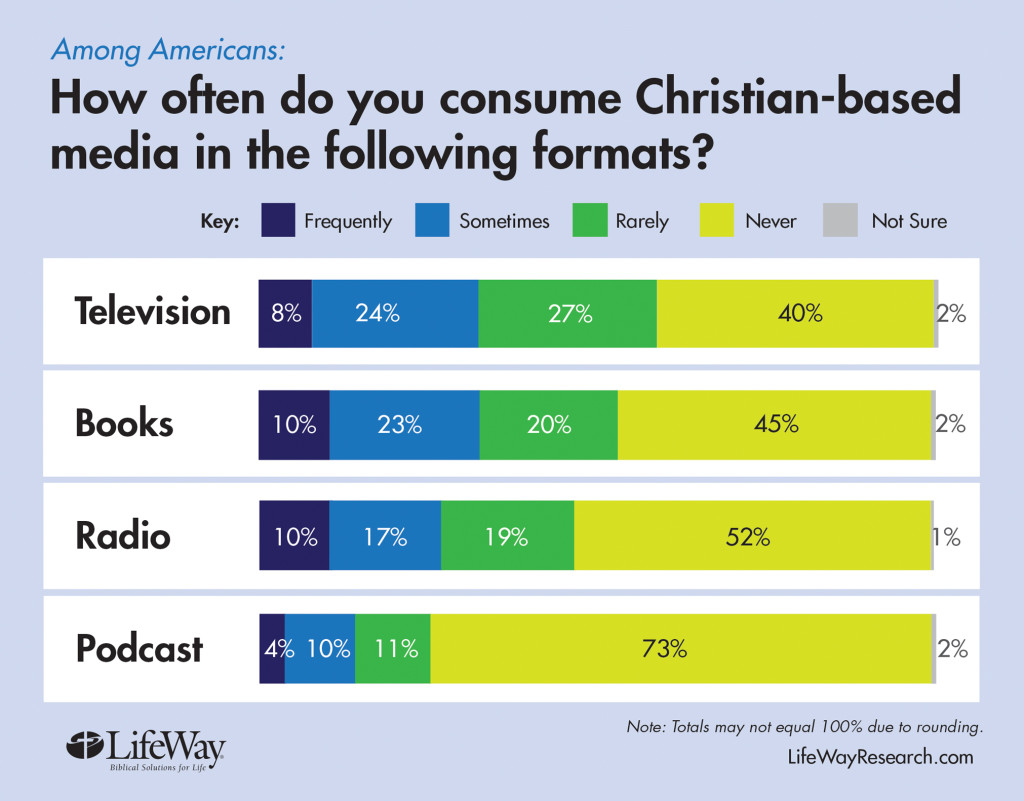 But many Americans ignore Christian media.

Those are among the findings of a new study on the use of Christian media from Nashville-based LifeWay Research. The study, sponsored by the National Religious Broadcasters (NRB), included an online survey of 2,252 Americans and a phone survey of 1,009 Americans.

“Christian media delivers teaching, music, and entertainment to a predominantly Christian constituency,” says Ed Stetzer, executive director of LifeWay Research. “Not surprisingly, those who embrace Christian teaching will value and consume these the most.” Stetzer released the study’s findings during the NRB national convention in Nashville, February 24.

Researchers found demographic splits between those who frequently or sometimes listen to or watch Christian broadcasts and those who rarely or never tune in.

They are also more likely to listen to Christian radio compared to 32 percent of all Americans.

“It’s stunning to see how many American believers are listening to or watching Christian media,” said Jerry Johnson, president of National Religious Broadcasters, an international association of Christian broadcasters and communicators. “It’s also encouraging to learn how new forms are emerging.”

“But we must be more effective stewards of all media forms, especially to reach those who have yet to believe,” Johnson said.

Still, many Americans have little contact with Christian media.

Seven in 10 Americans (72 percent) rarely or never listen to Christian radio. They include those with no religious affiliation (94 percent) or who rarely (84 percent) or never (97 percent) attend church. 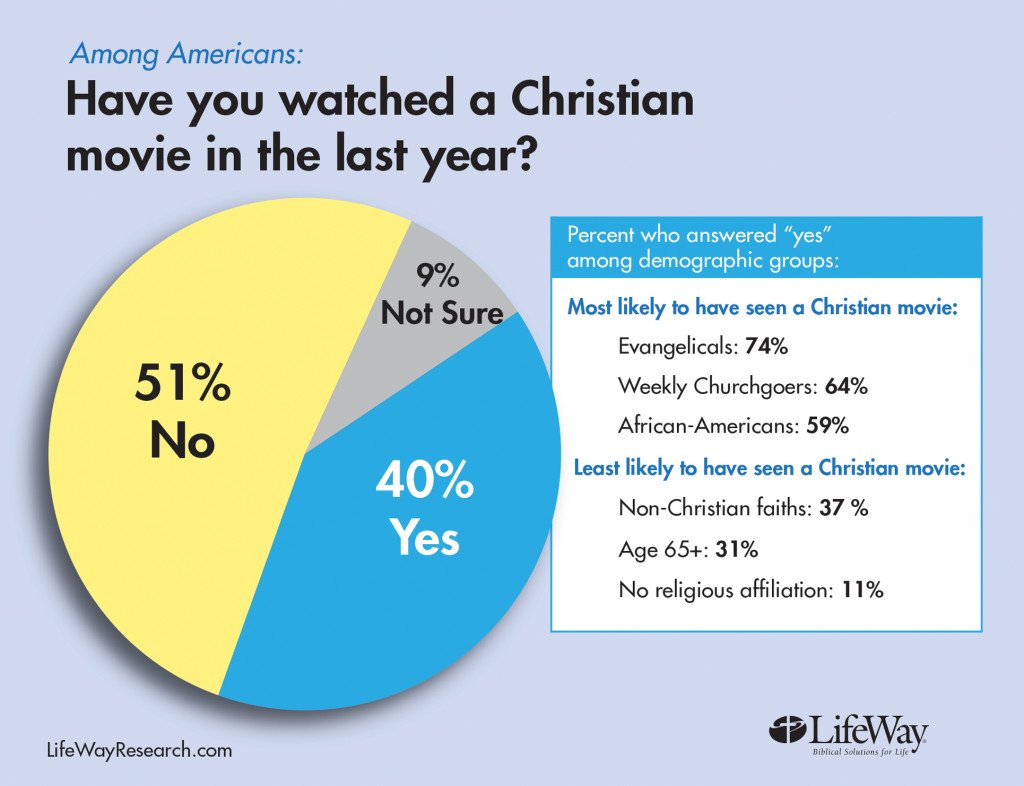 Four in 10 (40 percent) Americans say they’ve watched a Christian movie in the last year. About half (51 percent) have not. One i

Those with no religious affiliation (11 percent) and those from non-Christian faiths (37 percent) are least likely to have seen a Christian film.

“Great movies hinge on great stories and the Bible is filled with great stories,” says Stetzer.” These numbers show that many Americans are watching, and perhaps this will encourage more and better films.”

One in 4 Americans (25 percent) say they watch or listen to Christian programming every week on their computer, phone or tablet, according to the phone survey. An additional 5 percent tune in online monthly. One in 10 (9 percent) watch or listen online less than once a month.

“That would amount to over 60 million adult Americans each week,” explained Stetzer. Six in 10 (60 percent) never watch or listen on their computer, smartphone or tablet.

The online survey of adult Americans was conducted Sept. 17-18, 2014. A sample of an online panel demographically reflecting the adult population of the US was invited to participate. Responses were weighted by region, age, ethnicity, gender and income to more accurately reflect the population. The completed sample is 2,252 online surveys.

The phone survey of Americans was conducted Jan. 29-Feb. 1, 2015. The calling utilized Random Digit Dialing. Fifty percent of completes were among landlines and 50 percent among cell phones. Weights were used for geographic, demographic, and socioeconomic characteristics to more accurately reflect the population. The completed sample is 1,009 surveys. The sample provides 95 percent confidence that the sampling error does not exceed plus or minus 3.1 percent. Margins of error are higher in sub-groups.

LifeWay Research is a Nashville-based, evangelical research firm specializing in surveys about faith in culture and matters that affect the church. For more information about assessing and researching the impact of your ministry, email Scott McConnell at scott.mcconnell@lifeway.com.

Get the Media Source Newsletter on your smartphone or tablet now!

Rev. Mark Jenkins, Executive Producer of Words of Victory Ministries out of Richmond, Virginia, was a member...

Popular TV evangelist Jack Van Impe, who was known for his preaching about the End Times has died at the age of 88.

Trump Says He Wants to Protect Prayer in Schools