Special Day of Prayer for the President Called for Sunday, June 2 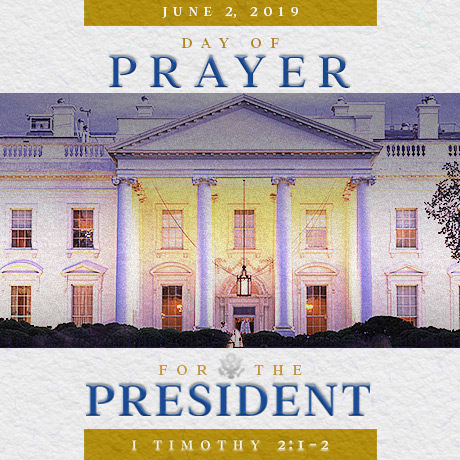 More than 250 U.S. Christian leaders are calling upon fellow followers of Christ across the nation to set aside Sunday, June 2, as a special day of prayer for the President of the United States, Donald J. Trump.

“President Trump’s enemies continue to try everything to destroy him, his family, and the presidency. In the history of our country, no president has been attacked as he has. I believe the only hope for him, and this nation, is God,” stated Graham on his Facebook page.

“This is a critical time for America,” he continued. “We’re on the edge of a precipice. Time is short. We need to pray for God to intervene. We need to ask God to protect, strengthen, encourage, and guide the President.”

Included in the call to prayer is a reference to Ephesians 6:12, which states, “For we do not wrestle against flesh and blood, but against principalities, against powers, against the rulers of the darkness of this age, against spiritual hosts of wickedness in the heavenly places.”

“We know that God hears and answers prayer,” said Graham, who leads both the Billy Graham Evangelistic Association (BGEA) and Samaritan's Purse. “He can soften hearts and change minds. He is all-powerful, and He rules over the affairs of nations.”

Referencing also 1 Timothy 2:2–3, Graham added, “The Bible instructs us to pray for those in authority, ‘that we may lead a quiet and peaceable life in all godliness and reverence. For this is good and acceptable in the sight of God our Savior.’”

To view the list of Christian leaders calling for this special Day of Prayer, visit the BGEA web site here.

If you’ve committed to pray on June 2, go to Franklin Graham’s official Facebook page and leave a comment here.