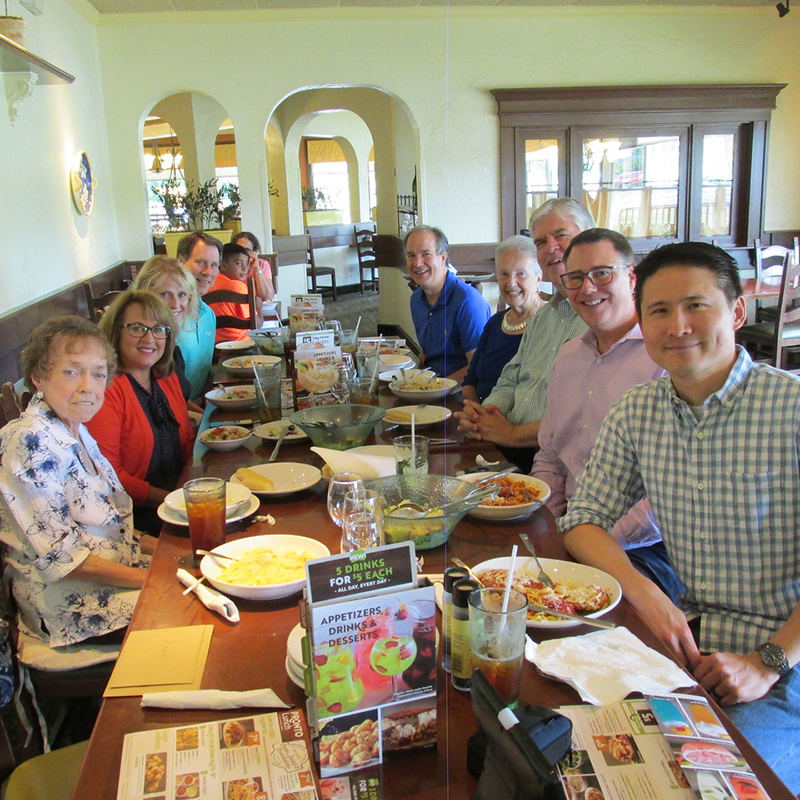 Among those present at the special luncheon Friday was Steve Cross, who served NRB in the past as its Director of Marketing. He recalled how it "always a pleasure to work with Anne."

"She always greeted everyone with a smile, and was willing to help in any area to do anything that was needed," he said. "She was a wonderful co-worker and is a sweet friend."

Chuck Smith, who currently serves as Convention Floor Manager & Project Coordinator, added, "I miss seeing her at the office and it doesn’t seem to be complete there now."

"She was always faithful to come in every day," he recalled.

And Mike Kisha, NRB's Vice President of Finance, added, "It was a pleasure and blessing to work with Anne for the approximately 26 years we worked together for the Lord at NRB."

"Anne was very dedicated to her work with NRB, and fulfilled her various responsibilities with excellence," he said. "We miss her in the office, especially the wonderful cheerful spirit she displayed to her fellow staff members."