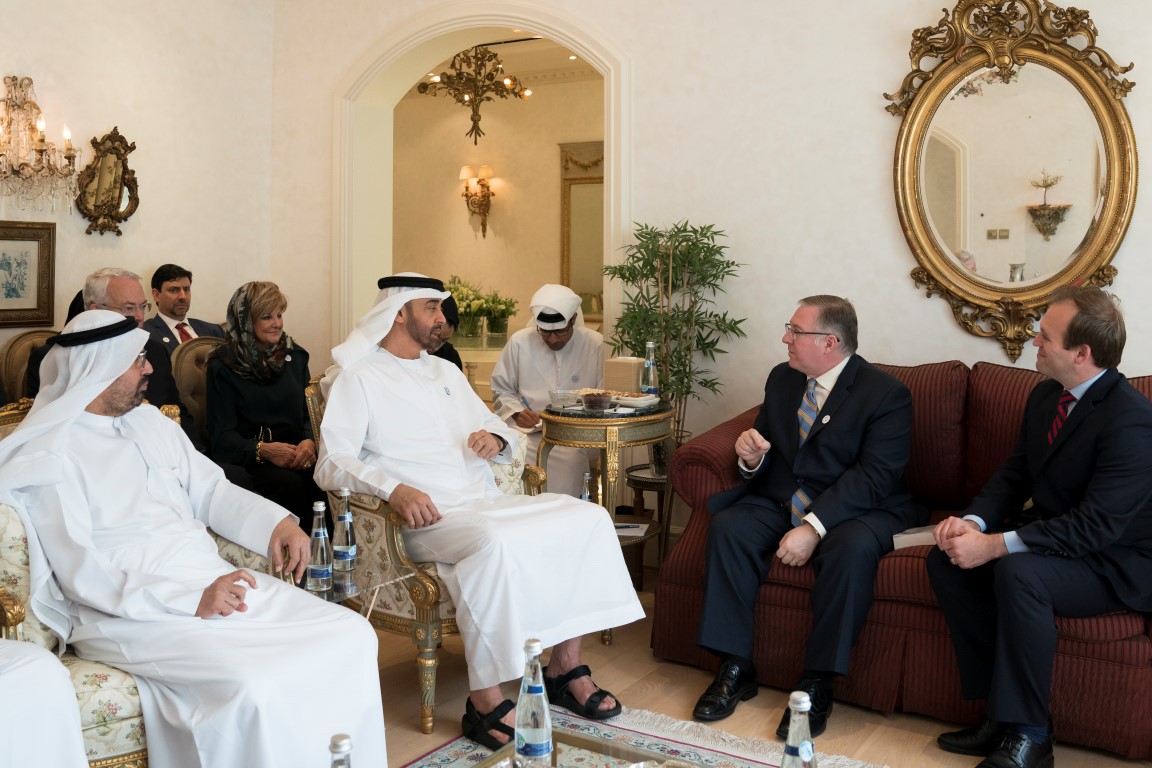 The Crown Prince invited the group to come to the Emirates to see the country’s extraordinary economic and social innovation; learn about their emphasis on tolerance, inclusion and moderation, and protection of freedom to worship; and openly discuss the most urgent and sensitive issues of the day, such as the threats posed by Iran and the Muslim Brotherhood and the prospects for regional peace.

Sheikh Mohamed was born in a hospital started and run by Evangelical medical missionaries in the Gulf, which is still operated by Christians, without regard for patients’ faith or background, after more than 60 years. As a result, the UAE is a more tolerant nation, where Evangelicals — and all Christians — are allowed to worship freely.

“We were deeply encouraged to learn that there are 42 Christian worship centers operating freely and openly,” said Rosenberg. “Some of these buildings are big enough to be used by dozens of church congregations — altogether more than 700 Christian churches and ministries operate here, which is both unique and remarkable in the Gulf region. This could be a model for other nations in the region to follow.”

The delegation began the more-than-two-hour discussion, originally scheduled for 30 minutes, by thanking the Crown Prince for his protection of freedom of worship for minority faiths in his majority Muslim nation; his strong alliance with the United States and moral clarity in countering violent extremism; and his leadership to foster economic innovation, prosperity, and security in his nation and the region.

Rosenberg noted that the group’s purpose in coming was to build relational bridges of friendship and thanked the Sheikh Mohamed for all he is doing to carry on the work started by his late father, Sheikh Zayed bin Sultan Al Nahyan, “Father of the Nation” and the first President of the UAE.

“I was impressed by the wisdom of the Crown Prince and his genuine openness to evangelical Christians,” said Johnson. “The UAE hosted us in the most gracious and generous way. I was moved and blessed by their hospitality.” 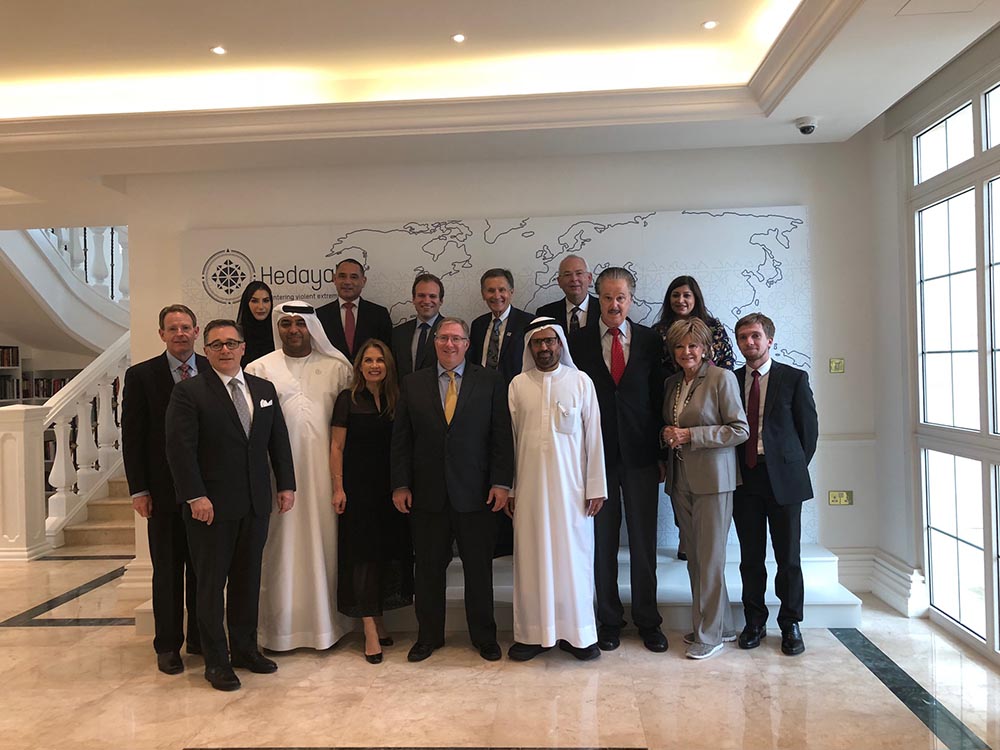 During the visit, the delegation also met with His Highness Abdullah bin Zayed Al Nahyan, UAE Minister of Foreign Affairs and International Cooperation and brother to the Crown Prince; His Excellency Sheikh Nahyan bin Mubarak Al Nahyan, Minister of State for Tolerance; His Excellency Maqsoud Kruse, Executive Director Hedayah; and officials from the Sawab Center, a joint initiative between the governments of the UAE and U.S. in support of the Global Coalition against ISIS.

“The UAE is serious about fighting terrorism and combatting the propaganda of the Muslim Brotherhood,” Johnson said. “This is good news for American Christians and other people of good will who want peace in the region.”

The group also met with His Excellency Sheikh Nahyan bin Mubarak Al Nahyan, Minister of State for Tolerance. “It is important that we go beyond mere tolerance, to understand, believe in and live with one another,” he said.

Johnson said he is “grateful” for UAE’s “movement in the right direction” in its treatment of Christians.

“While they do not share our commitment to full religious liberty, the United Arab Emirates has a policy of toleration toward Christians,” he said. “Of all the Arab governments in the region, the UAE stands out in terms of allowing Christians to gather and worship publicly. The UAE can be a good model for other countries in the region that are not so open.”

Editor’s note: This story is based upon a press release by A. Larry Ross Communications about the delegation’s visit, which is available here.