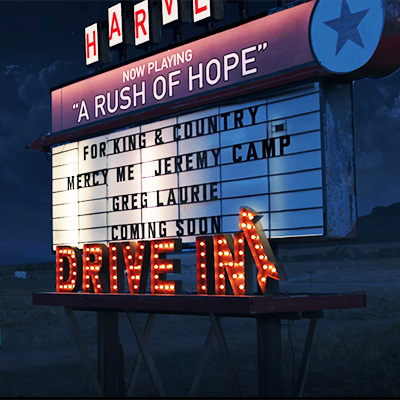 This year, Laurie and his ministry will still hold a Harvest Crusade amid the COVID-19 crisis – but, as the Southern California pastor announced last week, “it won’t be the same way we have done our crusades before.”

“You’re going to be able to experience a Harvest Crusade in a completely new way,” Laurie reported in a blog post.

“We’re simply calling it a ‘cinematic crusade,’” he continued. “It is going to be something you can watch anywhere and on just about any screen you’d like. And you’re going to love what we’re putting together.”

To tease the event, Laurie’s ministry released a trailer for “A Rush of Hope,” which reveals MercyMe, Jeremy Camp, and for King & Country as some of the musical artists who will be featured. Films by the Erwin Brothers will also be a part of the cinematic crusade, as well as other special guests.

The event – like all other Harvest Crusades before it – will also feature a culturally relevant and Biblically sound Gospel message from Laurie, including an invitation to accept Jesus Christ. Last year, the SoCal Harvest resulted in 8,677 professions of faith after drawing 100,000 people to Angel Stadium.

“With music from MercyMe, Jeremy Camp, and for King & County—plus many more guests—this is a historic event, of which you’re going to want to be a part,” Laurie said.

The official release date and streaming channels for “A Rush of Hope” will be announced at a later date, but the event is expected to take place in the next month or so.