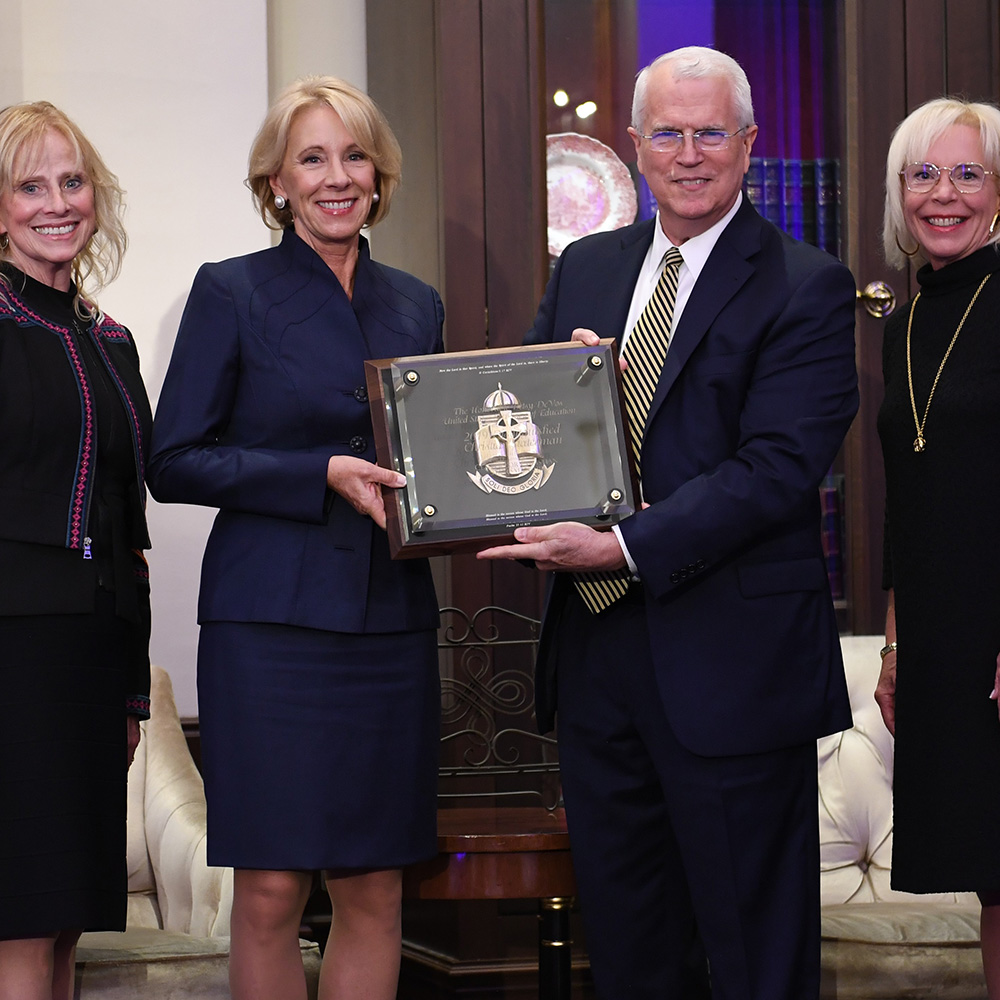 Adding to that Dr. Frank Wright, President and CEO of D. James Kennedy Ministries, said DeVos "is a stellar example of Christian statesmanship, with her public service inspired by her deep Christian commitment and her quiet confidence in the providence of God."

"Secretary DeVos loves her Lord and Savior, her dear family, and she loves America," he continued. "As recipient of the 2019 Distinguished Christian Statesman Award, she joins an illustrious gallery of women and men fully devoted to Christ and fully devoted to serving our great nation."

“You don’t know how much it means to hear from people, quietly, in different places that I go that ‘We’re praying for you’ and ‘There are others praying for you,’” she shared. “It means so much to me. And in this place where it’s difficult to be sometimes, I can’t tell you how powerful that is.”