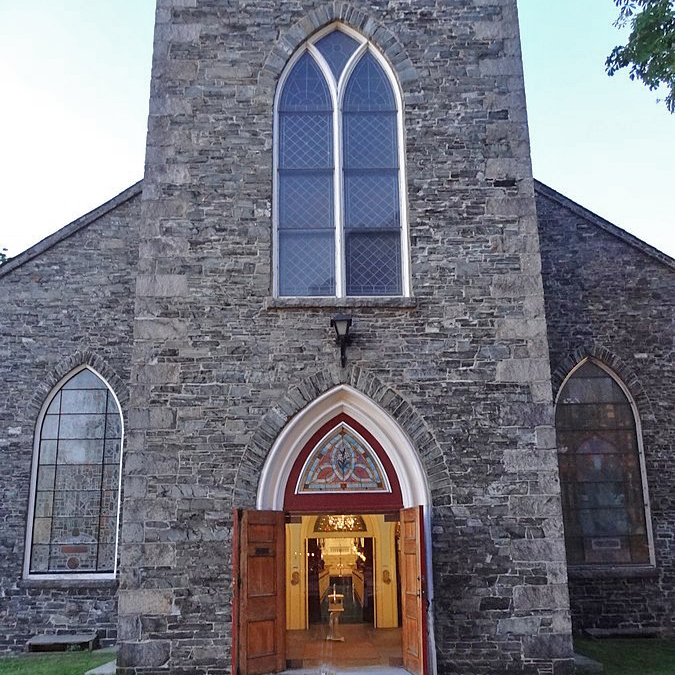 Most states have begun to ease restrictions on businesses and social activity after weeks of lockdowns to curb the spread of COVID-19.

And while houses of worship are among those taking careful measures for the safety of their congregations and of visitors, there is concern among many religious leaders that they could be the target of meritless lawsuits from those seeking to blame them for any person who attended a religious gathering or received food or shelter from a charity or ministry and subsequently contracted COVID-19.

“They might claim that a religious organization or a house of worship was negligent because it did not follow a single recommendation buried deep within a set of guidelines,” noted NRB member First Liberty Institute in a written testimony before the Senate Committee on the Judiciary. “Or they might claim that, even though the religious organization or house of worship was careful to follow all relevant guidelines and orders, it is nonetheless negligent because it did not follow a more stringent guideline issued in a town a thousand miles away.”

Although such lawsuits should eventually prove meritless, First Liberty noted that the cost of defending against them would have devastating consequences.

“Many of the same religious organizations who rushed to provide aid and comfort to those affected by COVID-19 now find themselves struggling financially,” reported the legal group. “And a wave of lawsuits would force many to cease their operations, whether due to the cost of litigation, or the mere specter of it.”

In response to liability concerns, a diverse coalition of nearly 300 religious organizations and their leaders has called upon members of Congress to include in the next iteration of COVID-19 economic relief legislation immunity for religious organizations from negligence suits resulting from their serving the public or reopening in accordance with local orders.

“Such protection could be modeled generally after the COVID-19 laws and orders that limit liability for medical professionals and commercial entities that manufacture and sell protective equipment by establishing  a gross  negligence  or  willful  misconduct standard,” the leaders stated in a letter to members of Congress. “This simple, common sense solution will provide religious organizations desperately needed protection from simple negligence lawsuits.”

Moreover, they said, such a measure will reassure ministries that voluntarily closed that they can reopen in order to resume serving their communities.

“Without this protection, many ministries may feel that they cannot reopen because a lawyer may claim that they are negligent in not following the standards of another industry or even another state,” added the coalition, which includes groups such as American Family Association, Answers in Genesis, BGEA, D. James Kennedy Ministries, Dr. James Dobson Family Policy Institute, Family Research Council, First Liberty Institute, Priests for Life, and Samaritan’s Purse, among others.

“The undersigned organizations and individuals urge Congress to provide the assurance that America’s faith communities can continue to be good Samaritans to the oppressed and the downtrodden as our nation begins its slow rebuilding,” they concluded.

Meanwhile, some states have continued to bar churches from re-opening even as they allow shopping malls, car washes, pet grooming, offices, and dine-in restaurants to re-open.

In California – one of eight states whose response to the COVID-19 pandemic has included no accommodation for the religious rights of its citizens – churches are not allowed to reopen until “Stage 3,” when salons, tattoo parlors, gyms, bars, and movie theaters are allowed to reopen. As that could be weeks or months from now, hundreds of churches in California are planning to open their doors on May 31, following reasonable guidelines established and applied to similarly situated organizations.

Similarly, in Oregon, churches are still forced to remain closed even as other businesses are open.

“The Governor’s authority has run out,” stated Oregon State Sen. Dennis Linthicum in joining a lawsuit filed by churches in the state challenging the constitutional authority of Oregon Gov. Kate Brown’s Executive Order. “It is time to open our communities to all the good that comes from our spiritual, cultural, social and economic productivity. The other petitioners and I believe that the re-opening strategy does not fairly address churches, which should be treated like other community enterprises that are currently open.”

In states including Kansas and Maine, churches are allowed to open but have been specifically targeted for more onerous restrictions than comparable secular activities. Churches in Maine, for example, are required to mandate all individuals at their religious gatherings to stay in their vehicles – something that is not imposed upon similar non-religious gatherings in parking lots across Maine. If treated somewhat comparably with some non-religious “essential” entities, such as retail and “big box” stores, churches in Maine would at least be permitted to have an unlimited number of individuals on its premises “outside,” as long as it would “enforce the six-foot  separation  requirement”  and  use  “signage  and  ground  lines  designed  to  impose  that distancing.”

In Kansas, the Governor was discriminating against churches by limiting the number of people who can participate in religious services, even when they implement social distancing and other precautions – restrictions that did not apply to retail establishments and office buildings.

Alliance Defending Freedom (ADF), another NRB member that has been advocating for the rights of churches to be treated equally, filed a lawsuit on behalf of two small, rural churches in Kansas that continued in-person services because attendees face challenges accessing livestream services churches. A court granted temporary protections for these churches and, as a result, the governor announced on April 30 a new executive order that does not specifically target churches and other religious activities for disfavored treatment.

“Singling out churches for special punishment while allowing others to have greater freedom never made sense and was never constitutional,” ADF Senior Counsel Tyson Langhofer stated in a press release. “It’s a shame that it took a federal lawsuit and a temporary restraining order to finally prompt the governor to issue an order that she could easily have issued in the first place: one that doesn’t needlessly and unconstitutionally target churches.”

To help meet the legal needs of churches, ADF created an affordable legal membership program, ADF Church Alliance, that acts as a hub for churches to gain access to experienced First Amendment attorneys who are available to answer religious liberty questions, conduct document reviews and provide advice, and even represent their church in court if necessary and appropriate. Learn more here.

First Liberty, meanwhile, is offering a weekly COVID-19 Q&A teleforum in which its attorneys provide an in-depth look at the legality of state-mandated restrictions and religious citizens’ right to live out their faith. It has also created free resources to help Americans develop a better understanding of how COVID-19 is impacting houses of worship and people of faith throughout the United States here.

This weekend, First Liberty is backing a multi-site church that plans to open the doors at its four locations and has called on other churches across the nation to join it as part of "Peaceably Gather" Sunday on May 17 in support of religious freedom.