Bigotry and the Letter of the Law 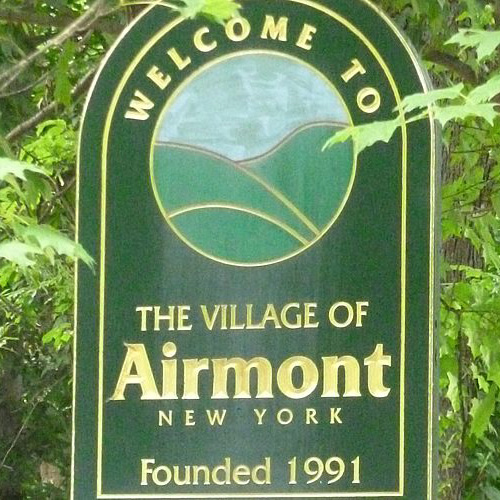 This September was an anniversary of sorts. It marked 24 years since a decision of the U.S. Court of Appeals for the 2nd Circuit in New York. The judicial opinion illustrated what is best about the letter of the law; specifically, the First Amendment’s protections of the Free Exercise of Religion.

I hadn’t thought about that case for quite a while. But when I stumbled across an October 1, 2019, headline on local New York-area news the other day, I couldn’t believe what I was reading, and it triggered something. It sent me flashing back like a time traveler to that particular federal case from years ago. What had transpired over the decades since that court ruling is a tale about both the letter of the law, as well as the limitations of the law. More about that later.

The September 1995 opinion issued by the appeals court involved a case titled LeBlanc-Sternberg v. Fletcher. In the months leading up to the court’s decision, I had been waiting eagerly for it, having been tasked with arguing the case before the three-judge appeals panel earlier that year on behalf of members of a Jewish synagogue. At trial, attorneys from the Rutherford Institute, a civil liberties legal group, had presented a powerful case showing how the Village of Airmont in New York had been guilty of anti-Jewish discrimination against those Jewish worshippers. Despite that, the trial judge had tossed the case out.

Happily, on appeal, the appellate judges recognized the disturbing evidence that the village had been deliberately incorporated in order to create zoning laws designed to discourage the influx of Hasidic Jewish residents and ruled accordingly.

Testimony showed that one of the village founders stated publicly, “… let's face it, the only reason we formed this village is to keep those Jews from Williamsburg (a Hasidic community in Brooklyn, New York) out of here.” After incorporation, as village officials discussed whether to mount yet another tactic to restrict Jewish worship, one of the village Trustees sniped that a lawsuit wouldn’t be necessary because there were “other ways we can harass them.”

The appellate judges noted the anti-Jewish hostility. “There was abundant evidence,” the judges wrote, “that ACA (the community movement to create the village) had persistently urged incorporation of the Village expressly to gain control of zoning in order to keep Orthodox and Hasidic Jews from moving to the Airmont area.” For example, at a meeting at which the proposed incorporation was discussed, an ACA member asked, “What does the Airmont Civic Association and the proposed village plan to do to keep these Hasidum (sic) out?”

In the end, we were successful in obtaining a court order striking down the discriminatory portions of the zoning law. Jewish residents, the Court of Appeals ruled, had been illegally “targeted” because of their religion in violation of the First Amendment.

Fast-forward to this year, when local New York headlines broke the news that after nearly two and a half decades, and despite several federal court orders in favor of the Jewish residents, a religious liberty battle was still raging in Airmont. The Department of Justice, having stood shoulder-to-shoulder with me when we had argued against the village 24 years ago, was once again having to investigate the actions of Airmont officials.

The letter of the law, inscribed by our Founders into the religious freedom protections of the First Amendment, had been upheld by that 1995 court decision. Yet, as my college philosophy professor might have put it: while the letter of the law is a “necessary” condition for ensuring a free and civic-minded nation, that alone is never a “sufficient” condition to accomplish it.

In other words, while we work steadfastly toward a broad, vibrant, equal playing field for all sincerely held faiths, it is not enough. Something more is needed. We live in a world too often cold and callous. In matters of bigotry, hearts tend to rule heads, rather than vice versa. The question is: how to change hearts?

That is a call-to-arms for followers of Christ in particular. While we should advocate powerfully for fundamental freedoms, we also have to role model the Spirit of Liberty – that great-hearted, magnanimous, people-valuing approach that was exemplified by our Savior. Even as His critics and enemies laid in wait, Jesus reminded His listeners that He did not come to “abolish” the law, but to “fulfill” it. There is of course much value in the black letter rules found in law books. But the real fulfillment of the law comes when we demonstrate to the world the Spirit that issues from the great Law Giver Himself.